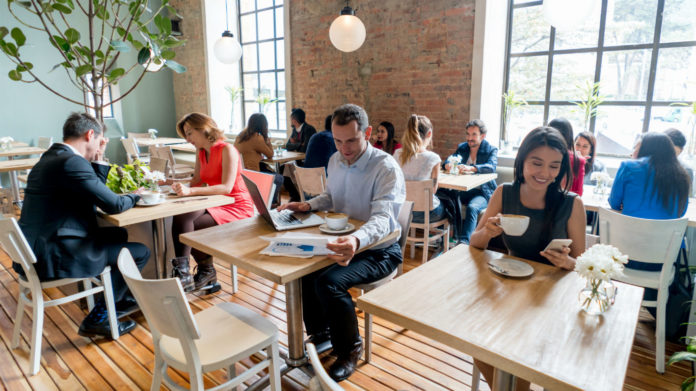 According to data just released by the National Restaurant Association (the “other” NRA), U.S. restaurants are projected to reach a record $863 billion in sales in 2019, up 3.6% from 2018.

The most substantial increase comes in the category of snack and non-alcoholic beverage bars, up 4.6%. Full-service restaurants, including the highest grossing restaurants in America, will grow 3.8%. The only category set to suffer a decline in sales is “cafeterias, grill-buffets and buffets,” which will be down 1.9%

According to the NRA, restaurants — including fast-food and quick-service places, as well as bars and taverns — now account for some 51% of American consumer food spending,
compared with a mere 25% in 1955. Communities that attract tourism dollars, 24/7 Wall St. has found, are among the places where people go out to eat the most.

Restaurant sales are a key driver of state economies, the NRA also reports. In 2018, for instance, California eating places toted up $97 billion in sales, the most of any state. Texas, at $66 billion, was in second place. Even Wyoming and Vermont, both of which have fewer restaurants than any other states, accounted for $1.1 billion each.

In presenting the NRA report, Hudson Riehle, the group’s senior vice president for its research and knowledge group, noted that restaurants are increasingly exploring the application of technology to their operations, and that “one major development over the next decade for the industry will be how this technology is integrated…” Investing in customer-facing technology is being considered by many restaurants. And here is a look of the restaurant chains with the happiest customers. 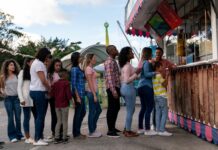