With the Academy Awards ceremony less than a week old, Keanu Reeves fans may remember his role at prior year’s ceremony, presenting first-time Oscar winner Bong Joon-ho with the Best Original Screenplay honor for his black comedy “Parasite.” Although the 56-year-old actor has never been nominated for an Academy Award himself, it is hard to imagine this notoriously nice guy being upset about handing the Oscar to this Korean filmmaker. In fact, it seems fitting that Reeves, who is part Hawaiian and part Chinese, would present the award that many have touted as a win for Asian representation in cinema.

Although Reeves, known in Hollywood as a refreshingly humble introvert, seems to shy away from fame and money, his work has contributed to numerous box office hits, including all three films (so far) in the Matrix franchise.

From his breakthrough role as a goofy time-traveling teen in “Bill & Ted’s Excellent Adventure” through his roles as an action hero in films like “Speed” and “John Wick,” Reeves has refused to be typecast.

24/7 Tempo picked Keanu Reeves’s best movies, based on an index of IMDb and Rotten Tomatoes ratings.

Reeves is set to star in “The Matrix 4,” reprising his role as Neo. Production of the film, also starring Priyanka Chopra and Carrie-Anne Moss, was stalled last spring due to the onset of the pandemic but resumed in the fall and is now scheduled for release in December 2022.

Our data show that his best movie is “The Matrix.” Released in 1999, it also starred Laurence Fishburne, Carrie-Anne Moss and Hugo Weaving. It was directed by Lana Wachowski, and its domestic box office was $173.40 million. In this sci-fi action film, Reeves stars as Thomas Anderson, aka Neo, a computer programmer and hacker who discovers that the world he knows is only a simulation. 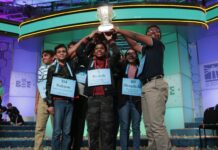 Every Spelling Bee Winning Word Since 2000 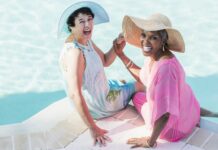 This Is the Worst State for Retirees 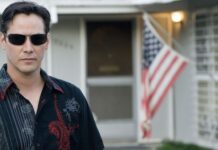 This Is the Worst Big Keanu Reeves Movie