Interest in national parks has been soaring over the past decade. In fact, total visits to all types of U.S. national parks almost exceeded the nation’s population in 2019. In 2010, the number of visitors was closer to 281 million.

The COVID-19 pandemic forced the closures of parks all over the country, including national parks at various times. People were ordered to stay at home as much as possible and avoid nonessential activities, such as recreational trips. Visitation to national parks and preserves fell by about a third in 2020 compared to 2019, but millions of people still venture out into the wilderness.

To identify the most visited national park in 2020, 24/7 Tempo reviewed recreational visits from the National Park Service’s annual visitation report.

The national park concept was an idea championed by Theodore Roosevelt. As president, Roosevelt protected about 230 million acres of public land and signed into law the 1906 American Antiquities Act. This act set aside certain public natural areas as park and conservation land to be preserved for historic and scientific interest. These areas were designated as national monuments. Ten years later, Congress passed the Organic Act, creating the National Park Service.

Exploring the wilderness, hiking through mountains and sleeping under the stars are just some of the nature experiences these parks have to offer, often free of charge. With COVID-19 vaccination rates increasing and states beginning to loosen travel restrictions, many Americans may decide to explore the country and go on a road trip.

The Great Smoky Mountains was the most visited national park last year. Here are the details:

To identify the most visited national park in 2020, 24/7 Tempo reviewed last year’s recreational visits published in the National Park Service’s annual visitation report. The service aggregates visitation data for various government land designations and visitation purposes. Only the National Parks and National Parks and Preserves categories were considered in our analysis. To avoid double-counting land area, designations such as national monuments and historic sites, which are frequently contained within national parks and may be limited to single structures, were excluded. Visitation data for each park for 2015 was also obtained from the NPS.

Click here to see which national parks were the most visited in 2020. 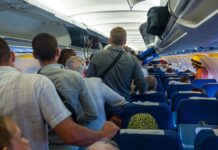 US Says Airlines From These Countries Aren’t Safe 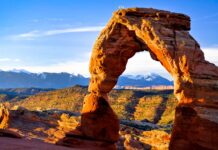 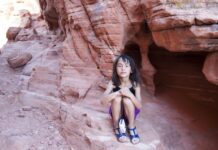