As many as a million Californians can’t drink the water that comes out of their tap.

Most people have heard about the ongoing water crisis in Flint, Michigan, where civic cost-cutting measures resulted in drinking water tainted with lead and other toxins. The problem isn’t limited to Flint, however.

A study this spring by Northeastern University’s Environmental Working Group found that there are places in 43 states whose water is contaminated with chemicals associated with such health issues as infertility, birth defects, and various cancers. In addition, the water may become harmful in some major centers of populations. These are the cities where drinking water may soon be toxic.

A new report published by the non-profit food news and politics site Civil Eats suggests that the situation might be particularly dire in California. The site reports that the California State Water Resources Control Board had identified 300 public water agencies around the state that are dispensing contaminated drinking water.

Many of these agencies serve small farmworker communities, where there aren’t enough customers to pay for the building and maintenance of the facilities needed to provide clean water. Adequate drinking water is particularly important for those who work outdoors, but we should all be aware of the importance of hydration. These are the signs that we’re way too dehydrated.

Fertilizers used by the state’s massive agricultural industry are to blame for much of the problem. As they leach into the soil, they pollute the groundwater with nitrates, which have been linked to cancer and toxic algae blooms, and can cause “blue baby syndrome,” a potentially deadly condition that prevents the blood from carrying oxygen in infants.

What the report describes as a “frenzy of groundwater pumping that took place during the state’s recent four-year drought” increased the amount of arsenic in drinking water, as well.

Relief seems to be on the way for the affected communities, however. California governor Gavin Newsom signed a bill into law last week that sets up a special state treasury fund to help water systems provide “an adequate and affordable” supply of clean water. The initiative will be supported with money from the state Greenhouse Gas Reduction Fund and its General Fund. 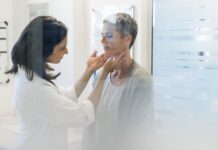