The best grocery chain in the country, knocking Trader Joe’s out of first place, is H-E-B — whose supermarkets are located entirely in Texas and northeastern Mexico. That’s according to a new consumer study just released by the British-based data science company dunnhumby.

The San Antonio-based supermarket company traces its origins back to a grocery store opened in Kerrville, Texas, 1905; its name comes from the initials of the founder’s son, Howard E. Butt. H-E-B has a fascinating history, and is now the one of the largest retail chains of any kind in America, with sales in 2018 of nearly $22 billion.

Dunnhumby’s third annual Retailer Preference Index surveyed 7,000 U.S. households to learn which of the nation’s 60 largest supermarket groups shoppers preferred, based on seven criteria: price, quality, digital (“having an easy-to-shop online or mobile app-based experience,” according to dunnhumby), operations (“having the products on the shelf that Customers expect to find there, at prices they anticipate and understand”), convenience, discounts/rewards, and speed.

H-E-B and Trader Joe’s — which held first place in the survey in its first two iterations — have both has been ranked as one of the 50 best companies to work for.

Though all seven factors figured into the final scoring, the most important criteria were price and perceived quality.

Other studies have shown considerable variation, encompassing numerous chains that don’t score highly in dunnhumby’s survey. There are over 36,000 grocery stores in the United States — and these are the most popular grocery stores in every state. 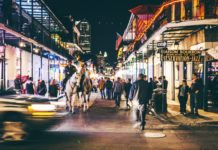 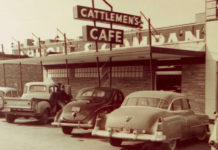 The Oldest Restaurants in America