Owner and chef Masayoshi Takayama grew up in a small area of Tochigi Prefecture, Japan. His family had a fish market there. He studied under Sugiyama Toshiaki, the head chief at Tokyo’s Ginza Sushi-ko restaurant. He opened Masa in 2004.

People who would like to dine at Masa need to remember three things. The first is that a reservation is impossible to get. Another is that it is not open often – only on Tuesday through Saturday from noon to 2:30 p.m. and from 5 to 8 p.m. It is closed on Thursday for lunch. It is not open Sunday and Monday. Third, people should be “conscious of the amount of perfume or cologne you apply before your meal.” It can spoil the meal of other guests.

Masa is not entirely unique. Celebrity chefs at some of the nation’s top-rated restaurants these days offer multi-course meals that cost hundreds and hundreds of dollars – for one person, not including beverages, tax, or tip.

24/7 Tempo combed lists of pricey restaurants in the U.S. to find the most expensive ones. Most of the places on our list have earned the accolade of two or three Michelin stars, considered the ultimate acknowledgement of restaurant quality in the gastronomic world (Masa has three), and almost all of them serve only fixed-price menus, though a few may offer à la carte options as well. 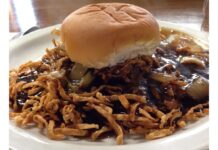