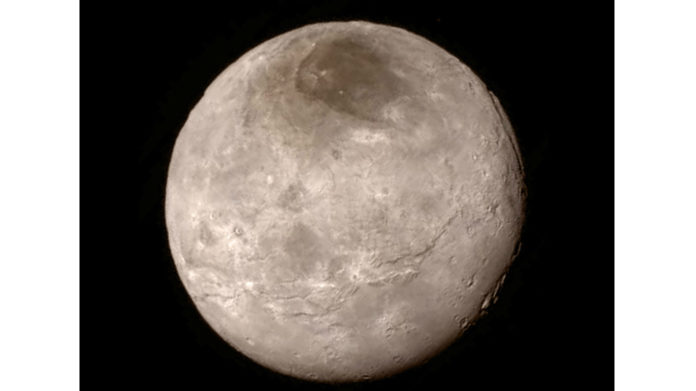 Pluto and astronomers have had a complicated relationship over the last couple of decades. If you went to school between 1930, when the icy object was discovered, and 2006, you may even still think the Solar System is made up of nine planets and the Sun. No one can really blame you.

Twelve years ago, the International Astronomical Union (IAU), the organization that certifies the names of astronomical objects, disqualified Pluto as a planet based on new rules that define this kind of astronomical body. As per the new definition, a planet has to “clear the neighborhood around its orbit” — but Pluto’s oblong orbit overlaps that of Neptune. So now, Pluto is officially a dwarf planet.

The status of Pluto, which is about half the width of the United States, is a never-ending debate among outer space experts. (Unlike the most unforgettable moments in the history of space exploration.)

The latest argument is that a planet should be determined by scientific process, including how it was formed, not by voting, according to a study published in the scientific journal Icarus in September 2018. Also, because historically Pluto has been referred to as a planet, its designation should remain the same. In other words, the reasoning behind IAU’s decision wasn’t valid, according to the authors, and Pluto should have never been downgraded.

Philip Metzger, a planetary scientist at the University of Central Florida and lead author on the study, says, a body should be classified based on size. If it’s large enough so its gravity allows it to become spherical in shape, then it’s a planet.

Metzger, who worked at NASA’s Kennedy Space Center from 1985 to 2014, called IAU’s definition “sloppy” because it doesn’t include specifics about what is meant by clearing other planets’ orbits. If taken literally, then there are no planets, “because no planet clears its orbit.”

Reinstating Pluto’s planethood has been gaining support even before the 2018 study. Back in 2014, the Harvard-Smithsonian Center for Astrophysics asked leading experts in planetary science a basic question: What is a planet? The overall result is that Pluto is a planet.

The viewpoint most of the experts accepted was that given by Dr. Dimitar Sasselov, director of the Harvard Origins of Life Initiative. He said a planet is defined as “the smallest spherical lump of matter that formed around stars or stellar remnants,” and that means Pluto is very much a planet.

The debate about Pluto’s planethood is likely to remain contentious. So far, though, it’s just talk. In order for its designation to be officially reconsidered, a resolution to reconsider has to be proposed, but so far no such action has been taken.

Until the matter is settled, you can probably still talk about the Solar System as being home to nine planets. The experts will still be divided on Pluto’s planetary status, so no one can really blame you for that. Then you can move on to another popular debate — is there life on other planets? There are several reasons scientists think there is.