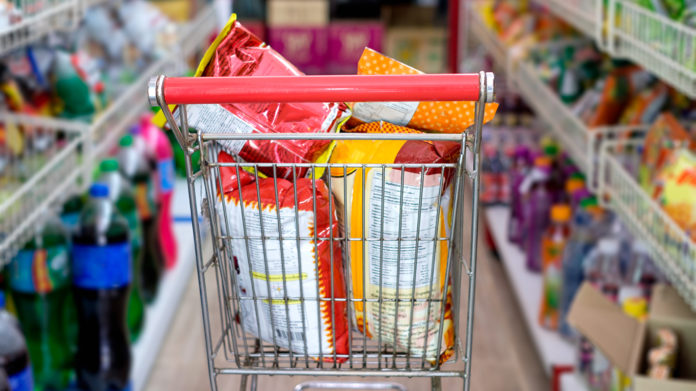 Americans have a global reputation for unhealthy eating habits that have led to a national obesity rate of nearly 40%. The situation seems to only be getting worse.

Healthy eating was at its lowest level in 2016, the latest year for which data is available. About 63.3% of U.S. adults reported eating healthy all day the previous day, surpassing the previous low of 67.7% in 2010, according to a Gallup poll. This meant an increase of more than 10 million American adults with poor diets.

Gallup asked tens of thousands of Americans in 189 communities in all 50 states, “Did you eat healthy all day yesterday?” And the answers varied from city to city. 24/7 Tempo reviewed the cities with the highest shares of residents reporting unhealthy eating habits.

Of the 40 cities with the highest share of residents eating unhealthy diets, all but four are either in the South or the Midwest. In the metro area with the worst diet in the nation only slightly more than half of adult residents reported healthy eating. By contrast, in the region with the best diet 75.3% of adults said they are eating healthy.

With information on nutritious foods only a click away, it’s not hard to find examples of what to eat in order to be healthy. Most people already know fruits and vegetables are preferable and junk food should be avoided. For somewhat of a balance, here are several healthy versions of old-school unhealthy snacks.

But eating decisions are impacted by other factors, including money and availability of healthy food options. More than half of the 40 metro areas where people have the worst eating habits have more fast-food restaurants per 100,000 people than the national average of 73 per 100,000 people.

Income may partly explain eating choices. Produce and high-quality meat tend to be more expensive than cheeseburgers and fries, which are among the unhealthiest items in every fast-food chain. The median household income in 33 of the 40 cities with the worst diets is lower than the national median of $60,366 annually. In addition, in just over half of the 40 cities a higher share of households receives food stamps than across the United States as a whole.

In the metro areas where residents reported eating unhealthy, poor health outcomes are a lot more common than in the rest of the United States as a whole. Take obesity, for example. All but three of the 40 cities with the worst diets have a greater adult obesity rate than the national average.

To identify the 40 cities with the worst diets, 24/7 Tempo reviewed the metro areas where less than 60% of adults reported eating a healthy diet all day, according to Gallup and Sharecare’s 2016 Community Rankings for Healthy Eating report. Population and median household income data was obtained from the U.S. Census Bureau’s 2017 American Community Survey. Obesity rates and percentage of adults reporting fair or poor health came from the 2019 County Health Rankings & Roadmaps, a Robert Wood Johnson Foundation and the University of Wisconsin Population Health Institute joint program.