Any person can fall ill at any given time, and often without explanation. However, there are a multitude of behaviors and lifestyle choices that can increase the risk of getting sick, developing a chronic disease, or simply being in poor overall health — and they are no secret.

Though there is no way to guarantee a long and healthy life, eating right, exercising, making regular doctor visits, and abstaining from bad habits like smoking, drug use, and excessive drinking can certainly improve the odds. While this should not come as news to anyone, there are parts of the country where such behaviors are far more common than in others — and these same places are proof positive that healthy behaviors are tied to positive outcomes.

24/7 Wall St. created a weighted index of 35 measures of health outcomes and health factors, including behaviors and access to care, and ranked 382 U.S. metropolitan areas based on the index to identify the healthiest city in every state. Index measures include smoking rates, adult obesity rates, premature death rates, shares of adults who exercise regularly, and health insurance coverage. All health data came from County Health Rankings & Roadmaps, a joint program of the Robert Wood Johnson Foundation and the University of Wisconsin Population Health Institute.

For one, the cities on this list tend to be relatively wealthy places — at least compared to other cities in their states. In the vast majority of the healthiest cities by state, the median household income is higher than what the typical household earns across the state as a whole. This is likely not a coincidence. Higher-income Americans tend to have better access to health care options and can afford more healthy options related to diet and lifestyle, and therefore, the wealthiest areas are also often the healthiest. Here is a list of the 25 richest cities in America.

It is important to note that appearing on this list does not necessarily mean a particular city is healthy compared to the United States as a whole. Many states have relatively unhealthy populations and average life expectancies at birth that fall short of the 78.6 year national average by several years. Even in the healthiest cities in many of these states, adults are less likely to live long, healthy lives than the typical American. These are the states where people live the longest. 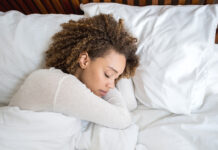 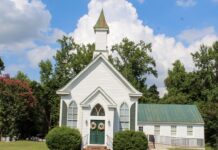