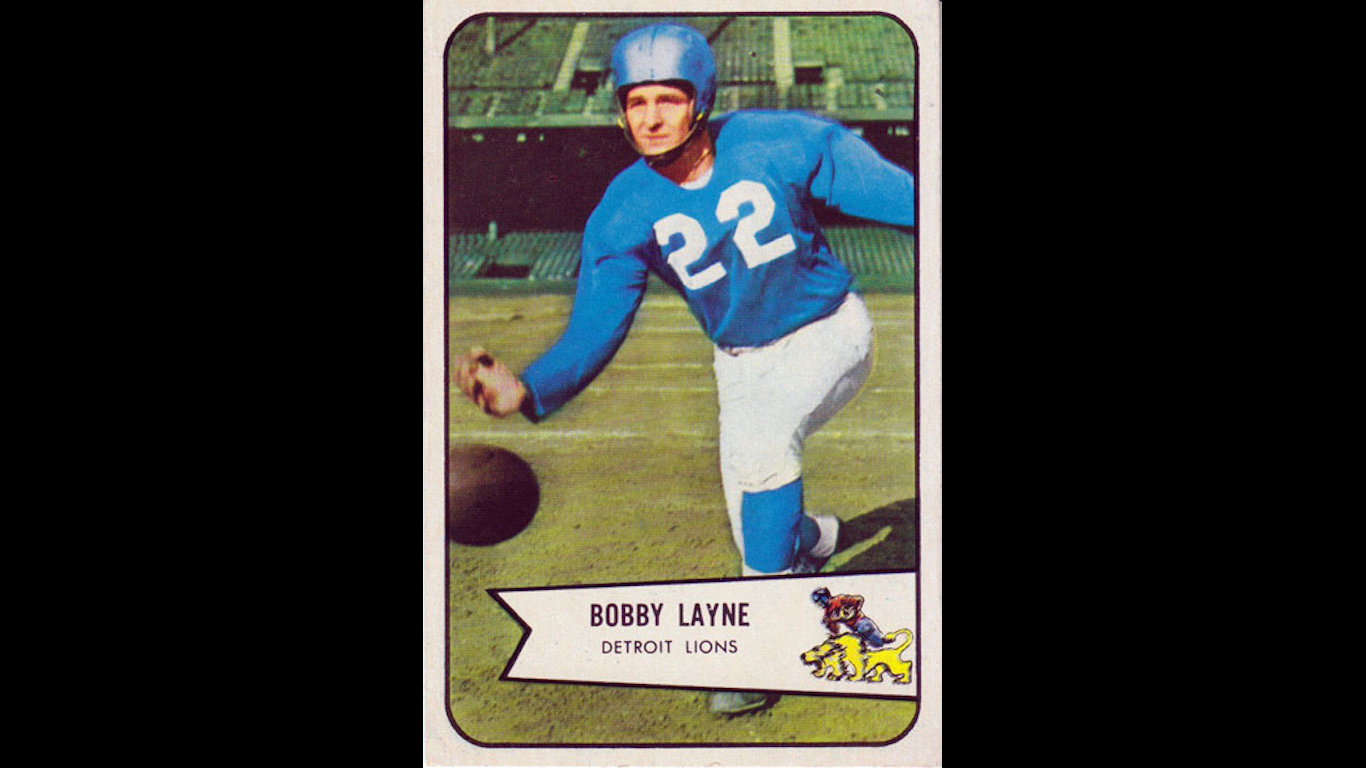 There was a time when the Detroit Lions ruled the NFL, and Bobby Layne was their best player. In the 1950s, Layne directed the Lions to three NFL titles, the last one in 1957. That is also the last NFL title the Lions won. He was also selected to six Pro Bowl teams and three All-Pro teams.

Though Matthew Stafford holds virtually every Detroit passing record now, Layne ranks second in Lions history in career records for completions (1,074), passing yards (15,710), and touchdown passes (118). Much of that output occurred late in the games, as he specialized in late-game rallies. Layne, who was inducted into the football Hall of Fame in 1986, is often cited as the innovator of the two-minute offense. ”Bobby Layne never lost a game,” his friend and former teammate Doak Walker once said. ”Sometimes, time just ran out on him.” 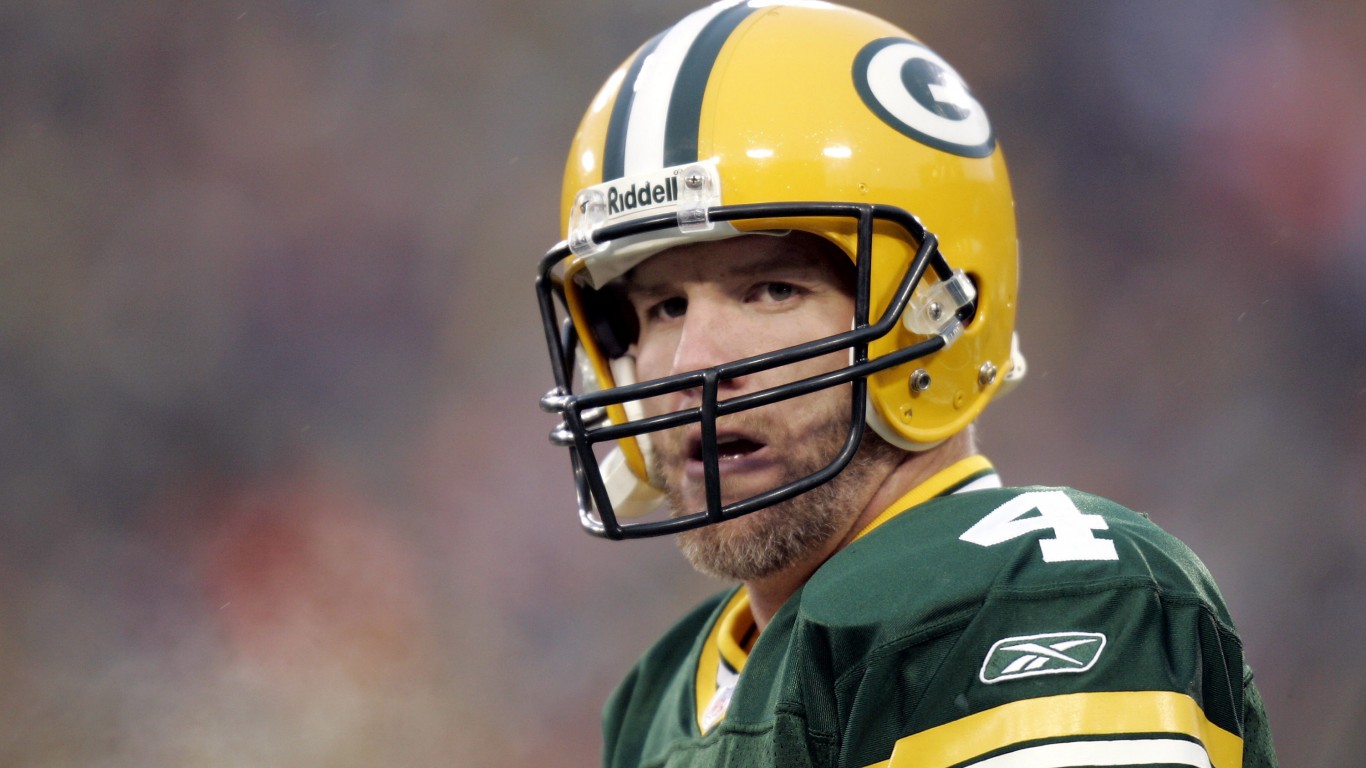 The Green Bay Packers have been fortunate to have some of the best quarterbacks to ever play the game. Bart Starr or Aaron Rodgers would have been fine selections as the best franchise quarterback of all time for the Packers, but because of his standout individual statistics, Brett Favre still ranks as the best QB in Green Bay history.

Favre restored the Packers to glory in leading them to a Super Bowl victory in 1997, their first in almost 30 years. During his Packers career, Favre threw for 61,655 yards and 442 touchdowns, which alone would rank top 10 all time. Favre added to those totals as a member of the New York Jets and Minnesota Vikings at the end of his career. He won his three MVP awards in succession (1995-97) with the Packers. Favre was also durable, starting an NFL record of 297 consecutive regular-season games. 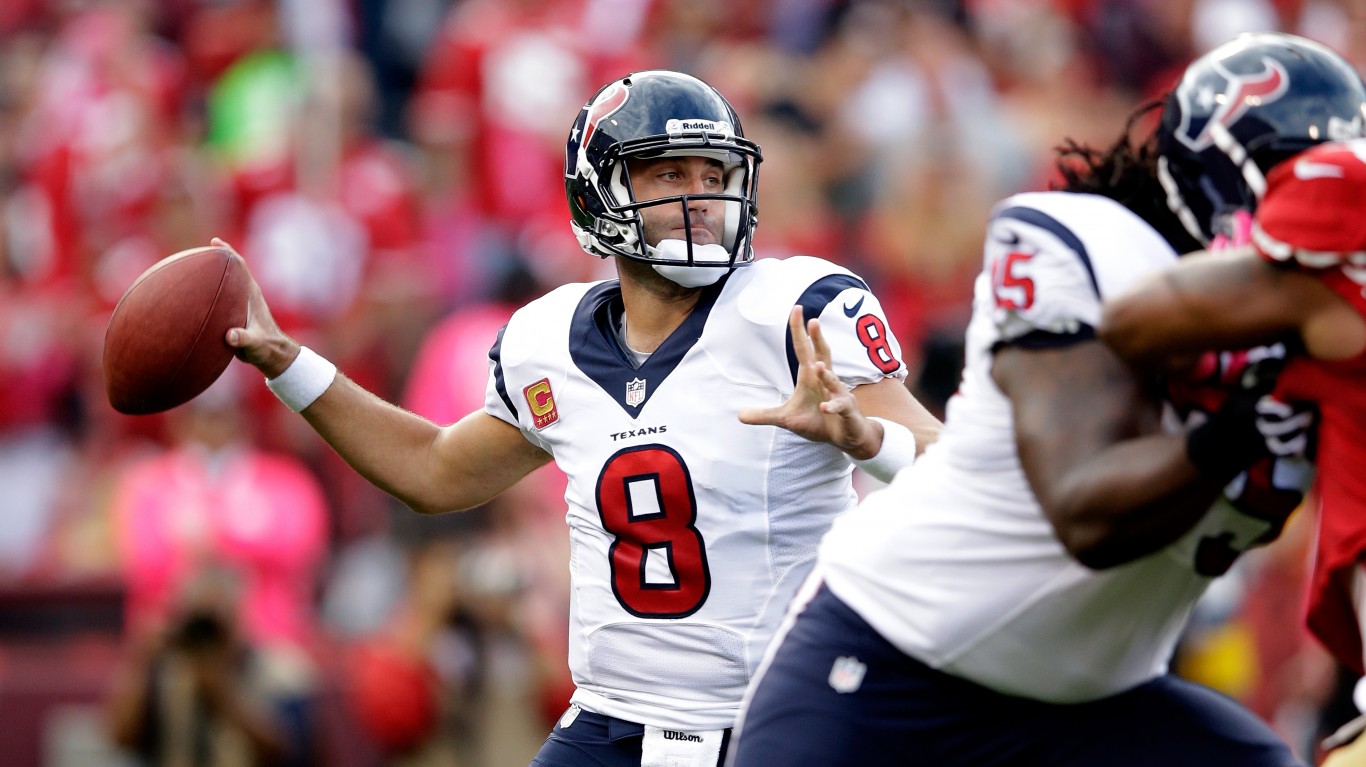 The Houston Texans have not been around that long and have yet to produce a legendary quarterback. Current QB Deshaun Watson’s once-promising NFL future has been thrown into doubt after he was accused of inappropriate conduct by more than 20 women. But Matt Schaub served the team well in the seven years he played there.

Schaub has been selected twice to the Pro Bowl and has thrown 124 touchdown passes for Houston — throwing 20 touchdown passes or more in three seasons. His best season was in 2009, when he led the league in passing yards (4,770), passing yards per game (298), and passes completed (396). Schaub holds all Texans’ records in every passing category. 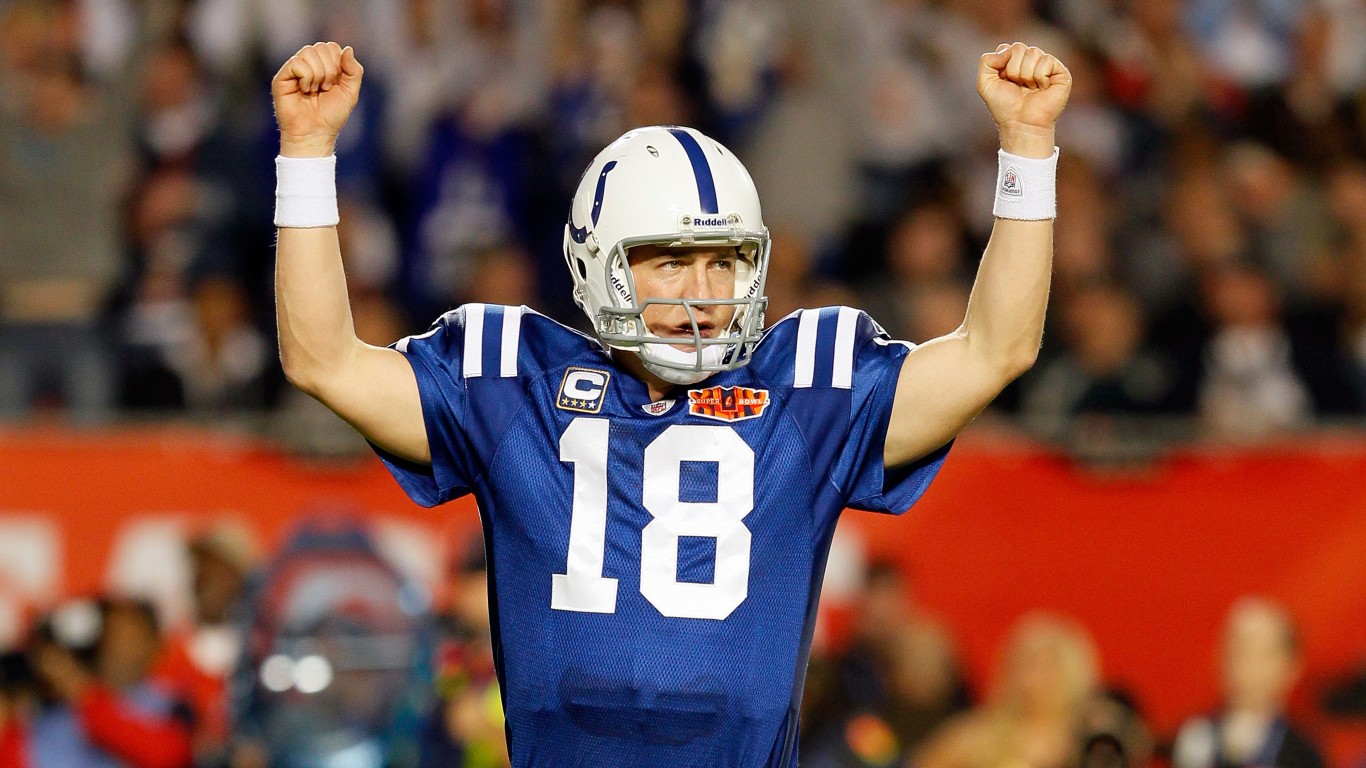 The Colts are a tricky team when it comes to choosing the best quarterback. Without question, Peyton Manning is the best ever to play for the Colts after they moved to Indianapolis in 1984. But when they were still in Baltimore, there is no doubt that Johnny Unitas was the greatest signal caller for the team. The numbers, though, tilt in Manning’s favor, barely.

In his Colts career, Manning passed for 54,828 yards and 399 touchdowns. With Indianapolis, Manning led the NFL in passing yardage twice and passing touchdowns three times. He led the Colts to victory over the Chicago Bears in the 2007 Super Bowl. Manning won MVP four times with the Colts and a fifth time with the Broncos. 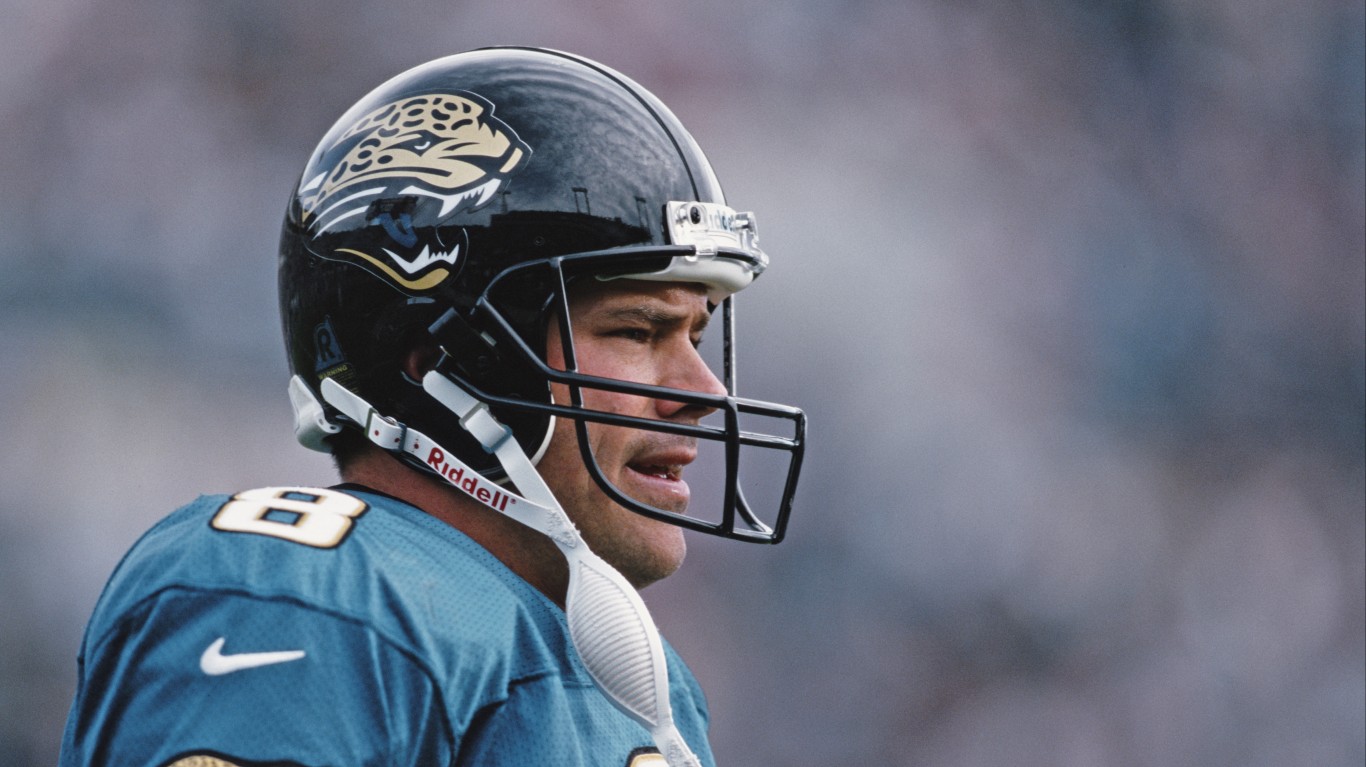 Mark Brunell holds all the passing records for the Jacksonville Jaguars. He has the most touchdown passes (144), passing yards (25,698), and most completions (2,184). The left-hander from the University of Washington has also played more games as the Jacksonville signal caller than any other quarterback.

His best season at Jacksonville was in his second year with the Jaguars in 1996, when he led the league with 4,367 passing yards. Brunell directed Jacksonville to its best regular-season record of 14-2 in 1999. Under Brunell, the Jags reached the playoffs four times and got to the AFC Championship Game in 1996 before falling to the New England Patriots.