Tom Brady firmly established himself as the most accomplished player in NFL history when he hoisted the Lombardi Trophy for the seventh time after leading the Tampa Bay Buccaneers to a victory in Super Bowl LV in February 2021. Brady’s singular greatness belies how rare it is for a player to win a Super Bowl, much less seven of them. Only one other NFL player has even five Super Bowl wins in his career.

Many players spend their entire careers on teams that have little or no chance of winning a championship, yet a select few players have been fortunate enough to rack up an entire handful of Super Bowl rings. Out of the more than 26,000 players in NFL history, less than 40 have won four or more Super Bowls.

24/7 Wall St. reviewed NFL records on Pro Football Reference to determine the NFL players with the most Super Bowl rings.

Nearly all of the athletes who have won a large number of championships did so decades ago. Over time, the NFL has added more franchises and lengthened the season, ratcheting up the level of competition. With more games and more teams competing for a spot in the playoffs, the road to the Super Bowl has become tougher.

For a player to earn four or more Super Bowl rings is an especially impressive feat, given that only a handful of franchises even have that many titles in their decades of history. In fact, the majority of NFL franchises have either one or zero Lombardi Trophies in their trophy case. These are the hardest teams to root for. 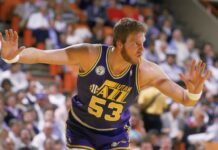 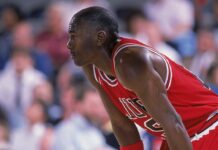