There are generally two paths people take to become professional sports athletes. Some are recruited before they make it to college. Basketball great Kobe Bryant is an example. However, most pro athletes played in college. This gave them several years to show off their talents and for pro sports teams to evaluate their skills.

Each of the major sports has a system to draft college players into the pros. In football, this is called the NFL Draft, and it is a media spectacle that lasts several days.

To determine the college that produced the most NFL players, 24/7 Tempo reviewed data from the Draft Finder tool on Pro Football Reference. Colleges were ranked based on the number of players drafted since 1970, when the AFL and NFL merged.

The colleges that produce the most NFL players are located all across the country. The top 30 schools we considered are in 23 states from coast to coast. Most are larger state schools, though a handful of private institutions also made the list.

It should come as no surprise that the colleges that produce the most NFL players also tend to be among the most successful in college football. Nearly all the teams near the top of the list have won at least one national championship recently. These teams, buoyed by success, have passionate fan bases and have built up considerable financial resources through TV deals, ticket sales and donations.

The college that produced the most NFL players is University of Southern California. Here are the details:

The Worst Athletes With the Longest Careers 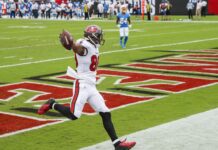 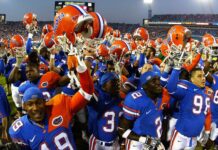 Colleges With the Most First Round NFL Draft Busts