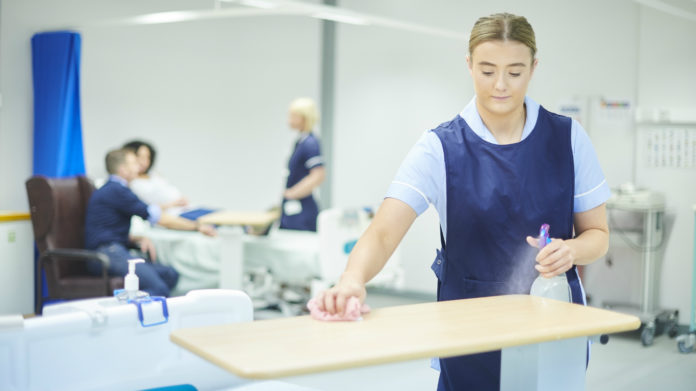 Doctors, nurses, and other hospital workers wash their hands thoroughly and often to avoid spreading germs. According to a new study from the University of Michigan, patients should probably do the same.

The study, published in the journal Clinical Infectious Diseases, revealed that some 14% of 399 hospital patients tested had multi-drug resistant organisms (MDROs) — so called “superbugs — on their hands or in their nostrils early in their hospital stays. Another 6% of patients got MDROs later in their sojourns. Henry Ford Health System researchers involved in the study also found antibiotic-resistant bacteria on a fifth of the objects affected patients touch most often.

It isn’t known exactly when and where hospital patients acquire MDROs, and the study doesn’t address the question — but they can cause the kinds of infections even doctors are afraid of.

Katherine Reyes, M.D., lead author for the Henry Ford researchers, stresses how important handwashing and environmental cleaning are in healthcare. “Germs are on our hands…,” she told Science Daily. “When these germs are not washed off, they pass easily from person to person and objects to person and make people sick.” (These are the states where people are too sick to work.)

Another of the study’s authors, Lona Mody, a professor of internal medicine at the University of Michigan Medical School, added that “[T]his study is a good reminder to clean your hands often, using good techniques — especially before and after preparing food, before eating food, after using a toilet, and before and after caring for someone who is sick.”

24 Medical Tests Every Man Should Have and When

Struggles People With Food Allergies Are Facing During the Pandemic