The U.S. population has grown significantly since 2010, from 308 million to just over 321 million, a 13 million increase, or a 4% increase, according to the U.S. Census Bureau’s American Community Survey.

To determine the fastest growing American cities, 24/7 Tempo ranked U.S. cities by their percentage population change from 2010 to 2018, using data from the ACS. Cities with fewer than 50,000 residents in 2010 were not considered.

The population of each of the 25 cities on the list grew by more than 15% from 2010 to 2018. In four cities, the population grew by a third in that time frame. Many of these cities are clustered around large metropolitan areas.

These rapidly growing cities often represent a larger trend of people moving to their respective states or nearby metro areas because of better job opportunities, cheaper homes, better schools, or higher standards of living. The 25 fastest growing cities are spread across nine states — 11 of those cities happen to be in one state. These are the fastest growing (and shrinking) states.

Cities become appealing destinations for people to move to for a number of reasons. Some have booming job markets that attract new workers from other parts of the country or even overseas. Others have affordable housing markets that attract residents like younger people who are starting out in entry-level jobs. These are 40 places where young people are moving. 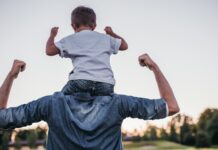