Tying the knot is for many people one of the most prominent milestones of adult life — but not for all. While marriage provides many advantages — such as tax breaks — fewer Americans are choosing to get married. Those who do choose to stay single, remain single longer compared with previous generations. Many other Americans are single for other reasons.

There are more than 160 million single Americans — divorced, widowed, separated, or those who have never married — or approximately 51.0% of the U.S. population. Most of this group consists of people who have never been married.

To find the best city for singles in every state, 24/7 Tempo reviewed for all U.S. metro areas the percentage of the adult population that is single, the concentration of businesses such as restaurants and bars, and income levels. The best cities for singles are home to a relatively large number of unattached people, have plenty of amenities supporting social interaction, as well as a local economy that is conducive to financial independence.

Specifically, single people in these cities tend to be the majority of the adult population. The cities where this is not the case, but are still considered best for singles, are either especially affordable, or have high concentrations of social venues such as bars and restaurants. Of the 50 best cities for singles, 37 have a cost of living that is lower than the average nationwide.

Since the 1950s, the age at which people have taken their marriage vows in the United States has steadily risen. Census Bureau statistics note that the median age of first-time brides and bridegrooms hovered around 20 in the 1950s. Now, that benchmark is nearly 30 — and it seems to be gradually going up. Here are the states where people marry older. 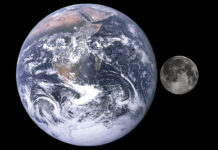