There are bad shooting nights, and then there are nights like the one Tim Hardaway had against the Minnesota Timberwolves in 1991. Hardaway was usually a good shooter, but the five-time All-Star bricked all 17 of the shots he took for the Golden State Warriors, only two of which were from three-point range. Despite his abysmal performance, Hardaway still helped the Warriors earn a win in overtime, hitting both free throws he took and dishing out 13 assists.

In 1967, Joe Namath threw more passes than any other AFL quarterback. When his Jets played the Denver Broncos that year, they trailed 26-0 at halftime, so Namath needed to air it out to get his team back in the game. His passes, however, were off the mark more often than not. Namath went 24-60 with three touchdowns and four interceptions. His 36 incompletions are the most for any single passer in any NFL or AFL game, though three other QBs have thrown 35 incompletions. 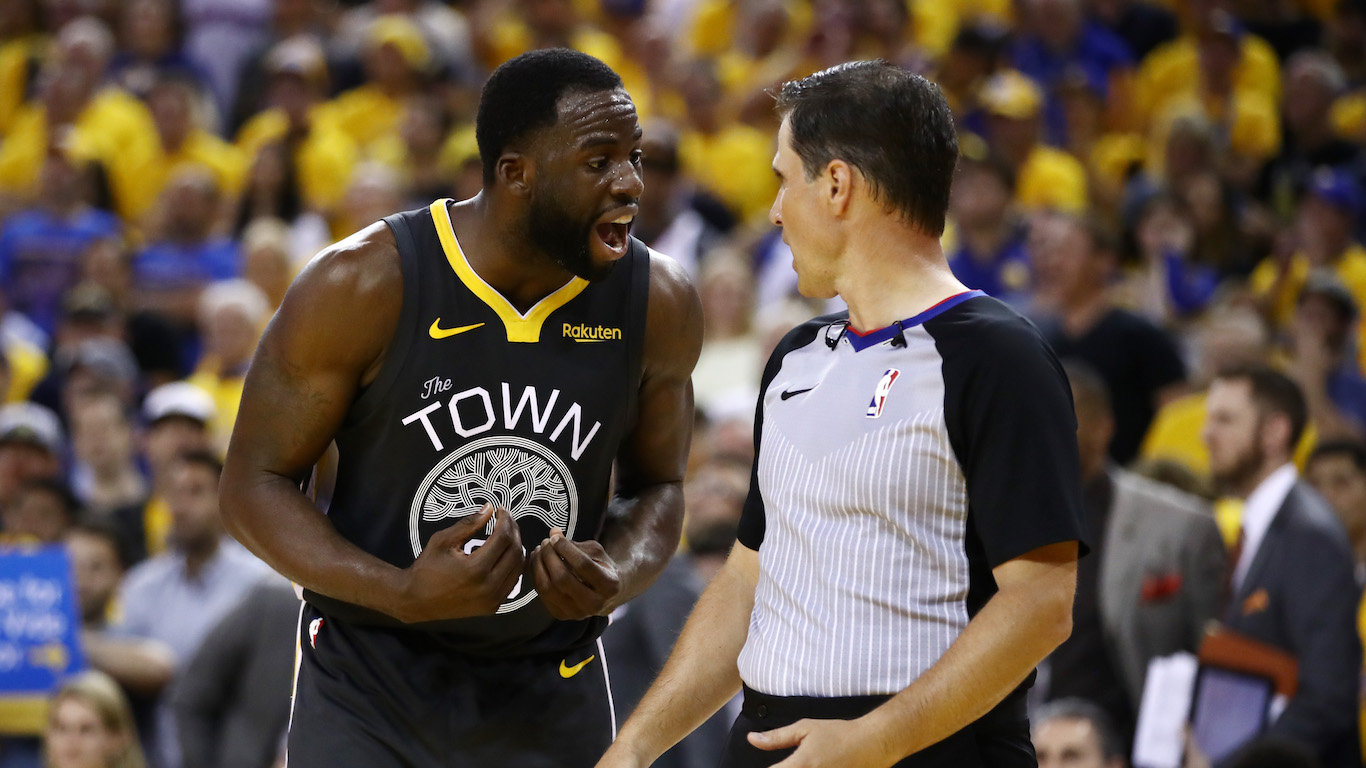 24/7 Tempo
Teams That Play the Dirtiest

The Washington Capitals’ first season, 1974-1975, was a struggle. The team had a record of 8-67-5 and surrendered 265 more goals than they scored. No player epitomized the team’s struggles like defenseman Bill Mikkelson. That season, when he was on the ice, the team had a goal differential of -82, by far the lowest of any player in NHL history. To this day, no other player has had a differential worse than -70.

Usually, when pitchers give up more than a few runs, their manager will replace them. In a 1923 Yankees-Red Sox game, however, Boston pitcher Howard Ehmke was left on the mound to give up 16 earned runs — a record for an MLB game. Ehmke gave up four runs in the first inning, but settled in and his team only trailed 6-3 by the end of the fifth inning. In the sixth, Ehmke fell apart, giving up 11 runs before finally being replaced. His Red Sox wound up losing 24-4, and Ehmke gave up 16 earned runs and one unearned run.

It is normal for NBA centers to struggle with their free throw shooting, but no player has ever struggled like Ian Mahinmi did in the 2014-2015 season. The Pacers center hit just 30.4% of his foul shots, the lowest percentage among players who took at least 100 free throws in a single season. That season was a total outlier for Mahinmi, who is a career 61% free throw shooter.