Bacon just won’t die. Americans have probably eaten this cured and/or smoked pork belly product for as long as there have been Americans. Our over-the-top national obsession with it, though, seems to have gotten started only after high-protein, low-carb diets started becoming popular in the late 1990s and early 2000s. Oregon-based food writer Sara Perry helped kick-start the trend with the 2002 cookbook “Everything Tastes Better With Bacon.”

As early as 2007, Grub Street announced that “bacon has jumped the shark,” and a couple of years later the same site declared that articles about bacon jumping the shark had also jumped the shark. A decade has passed since then, though, and, sharks or no sharks, we still find bacon everywhere we turn, sometimes in the places we least expect it.

When Perry proposed that everything tasted better with bacon, she probably didn’t mean absolutely everything. But never underestimate American creativity when it comes to creating unusual food products or to capitalizing on a trend. And bacon happens to lend itself particularly well to adaptation and improvisation, since it has an absolutely distinctive, unmistakable flavor — smoky, salty, meaty, slightly sweet — and of course, an irresistible aroma.

That aroma, in which more than 150 compounds have been identified, can be closely mimicked by food scientists, it turns out. And, “Fortunately for flavor creation teams,” according to a company called Advanced Biotech, which manufactures raw materials for use by the flavor and fragrance industry, “bacon is a relatively easy flavor to replicate.”

That’s why we now have bacon-flavored jelly beans, hot sauce, cotton candy, and beer, among many other things. It’s reminiscent of the way food producers have turned the flavors of a popular coffee drink into 24 pumpkin spice products we don’t really need.

Perhaps not surprisingly, given the ease with which bacon’s characteristics can apparently be recreated in the laboratory, many “bacon-flavored” foods don’t contain any bacon at all. A hint of what they might contain may be found in the ingredient list for a food additive called Olive Nation Natural Bacon Flavor. It contains “Bacon Flavor (autolyzed yeast extract, sorbitol, hydrolyzed soy protein), lipolyzed butter oil (milk), natural smoke flavor, soy lecithin, partially hydrogenated vegetable oil (soybean and/or cottonseed), natural flavors and mixed tocopherols.” Doesn’t exactly sound like something you’d like to fry up with your eggs in the morning, does it? (Check out the price of bacon and eggs the year you were born.)

The creativity of the food-centered scientific community and of the product development teams who work for big food companies is to be admired. And a hint of bacon in some non-bacon products is fine, and sometimes even enhances the basic item. But sometimes these products are just plain silly. Sometimes they just plain have no reason to live. 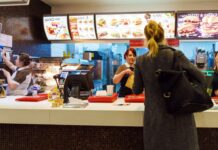 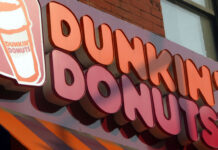 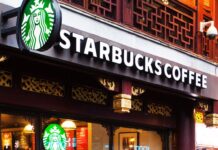 The Starbucks Capitals of America