24/7 Tempo
Home Travel When We Can Travel Again: Most Beautiful Places to Visit in the...

All states but Hawaii are now designated as COVID-19 hotspots because cases have increased by more than 5% over the past 14 days, and the average positivity rate is either over 10% or growing substantially, according to the Kaiser Family Foundation, a nonprofit organization. The pandemic continues to worsen across the country, and Southern California is in lockdown again. Health experts advise against any form of travel. But with the news of a vaccine to soon be distributed in the U.S., there is hope that people will be able to go back to normal in a few months, and that include traveling.

Mother Nature has many hits. While beauty, they say, is in the eyes of the beholder, certain attractions are indisputably jaw-dropping. They include massive glaciers from the Ice Age, staggering mountains, rock formations from millions of years ago, and other natural wonders.

There are beautiful attractions to be found in places such as Colorado, Washington, Alaska, and many other states. Tourists get to experience spectacular hills, valleys, and thundering waterfalls in parks that attract millions of people every year. In some destinations, visitors outnumber locals.

To compile a list of 27 of the most beautiful attractions in the United States, 24/7 Tempo reviewed dozens of local travel guides about the most popular and most photographed tourist attractions in every state, as well as lesser-known ones. 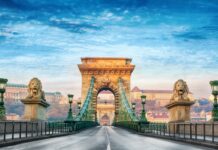 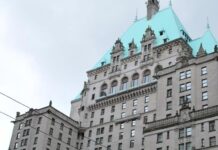