The Oxford English Dictionary defines “superfood” as “a food considered especially nutritious or otherwise beneficial to health and well-being” — though, amusingly, the first printed use of the term it records, from 1915 in the Daily Gleaner from Jamaica, applies the term not to food at all but to wine.

Today, the term is freely applied to a wide range of fruits and vegetables (and sometimes seafood), with interest in the concept really taking off about half a dozen years ago. A Google search for the term returns more than 250 million results.

The commonly accepted view of superfoods — which might include anything from pomegranates and açaí berries to beets to cocoa — is that eating enough of them will protect you from all kinds of ills. Indeed, studies of the compounds found in many of these foods (including the antioxidants called anthocyanins, omega-3 fatty acids, and beta-carotene) suggest that they really can have salutary results.

However, it is important to remember that laboratory studies don’t necessarily translate to real life, and that in many cases, to profit from the beneficial compounds in foods, it would be necessary to consume them daily, and in amounts so large as to be impractical.

As long as consumers have a realistic view of superfoods, of course, and don’t expect miracles, eating these nutrient-rich items, as part of a balanced diet, is a great idea.

Many things hailed as superfoods — for instance, fiddlehead ferns, stinging nettles, ramps, purslane, and kelp — are pricey and/or difficult to find. On the other hand, plenty of common fruits and vegetables fit the definition, in the sense that they are full of vitamins, minerals, and other nutrients.

Some of these first appear in spring each year, or are at their best this season — and they’re as easy on your wallet as they are good for your health.

Prices are primarily simple weighted average prices for non-organic produce as given by the United States Department of Agriculture’s National Retail Report for specialty crops for the seven-day period ending March 7. Prices for items not covered in the report were sourced from Walmart, by far the country’s largest grocery retailer, or ShopRite, a supermarket cooperative with more than 250 units in six eastern states. Note that produce prices change constantly according to weather conditions and other factors and that prices will vary from region to region. 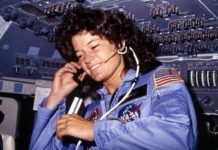