While the direct impact on the United States from the coronavirus outbreak in China has been muted, the U.S. Centers for Disease Control and Prevention (CDC) currently estimates that, since the current flu season began, some 22 million Americans have suffered from flu. The CDC also estimates that as of February 1, about 210,000 Americans have been hospitalized with the flu and 12,000 have died from the illness.

A global coronavirus pandemic is feared due to the rapid spread of the disease in China, where more than 40,000 confirmed cases have been identified and more than 1,000 people have died. This year’s U.S. flu season already has resulted in the deaths of 12 times the number of people who have died from coronavirus.

As of Monday night, 13 coronavirus cases have been reported in the United States, with eight of those in California. One American who had visited Wuhan, China, the epicenter of the outbreak, has died.

Flu season hits the United States hard every year, with millions of people reporting flu symptoms and hundreds of thousands being hospitalized. For this season, according to the CDC, 52% of influenza-positive specimens reported by public health laboratories were among persons less than 25 years of age, and less than 13% were from persons age 65 and older.

Outplacement firm Challenger, Gray & Christmas has used CDC and other data to estimate the impact of absences from work caused by the flu. The firm predicts that 23.4 million Americans between the ages of 18 and 75 could get the flu this season. Using Bureau of Labor Statistics data for an average hourly wage ($28.44) and an absence rate of four eight-hour days, Challenger, Gray & Christmas estimates that the flu will cost employers $13.06 billion this year.

Andrew Challenger, vice-president of Challenger, Gray & Christmas, commented, “Even if this season is more severe or if the Coronavirus does begin to factor into American workplaces, the impact of losing any workers during the flu season is considerable, especially to small and mid-size firms that may not have the people to cover absences without disrupting day-to-day business.”

Challenger also suggested that employers consider taking steps like encouraging employees to get vaccinated, stay home if they are sick and wash their hands frequently. For those that can do so, increase the number of shifts, limit meetings and expand telecommuting, which has the effect of reducing the number of people in the same place at one time.

The World Health Organization (WHO) is convening a meeting Tuesday in Geneva to discuss a global response to the coronavirus outbreak, which already has caused more deaths than the SARS outbreak in 2002 and 2003. The worst disease outbreaks of all time have been orders of magnitude worse than the latest coronavirus outbreak. 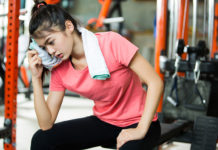 The Most Stubborn Myths About Boosting Your Metabolism