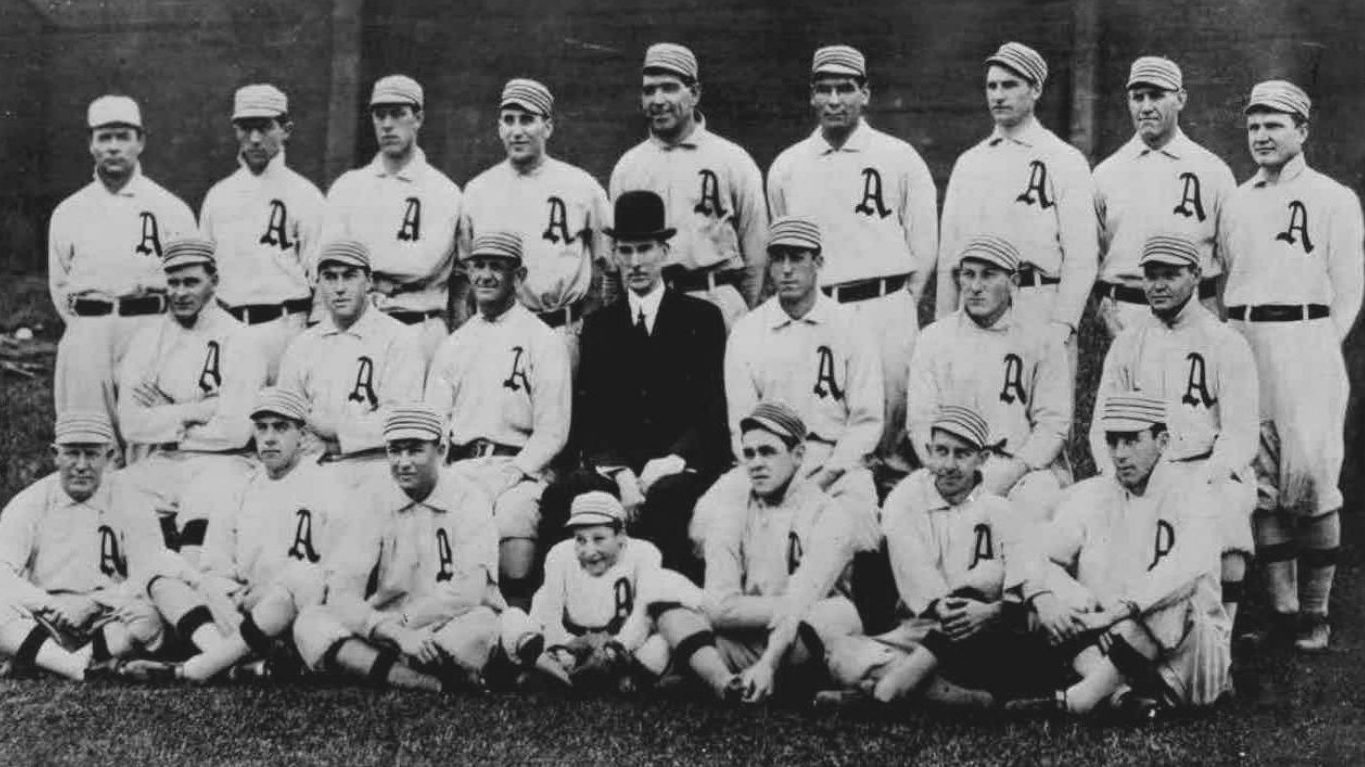 Though Philadelphia fans still have a team to cheer in all four major sports, the city has also lost four pro sports franchises. One early NHL team, the Quakers, folded after one season in 1931, and a World Hockey Association team, the Blazers, left for Vancouver after one season in the 1970s. 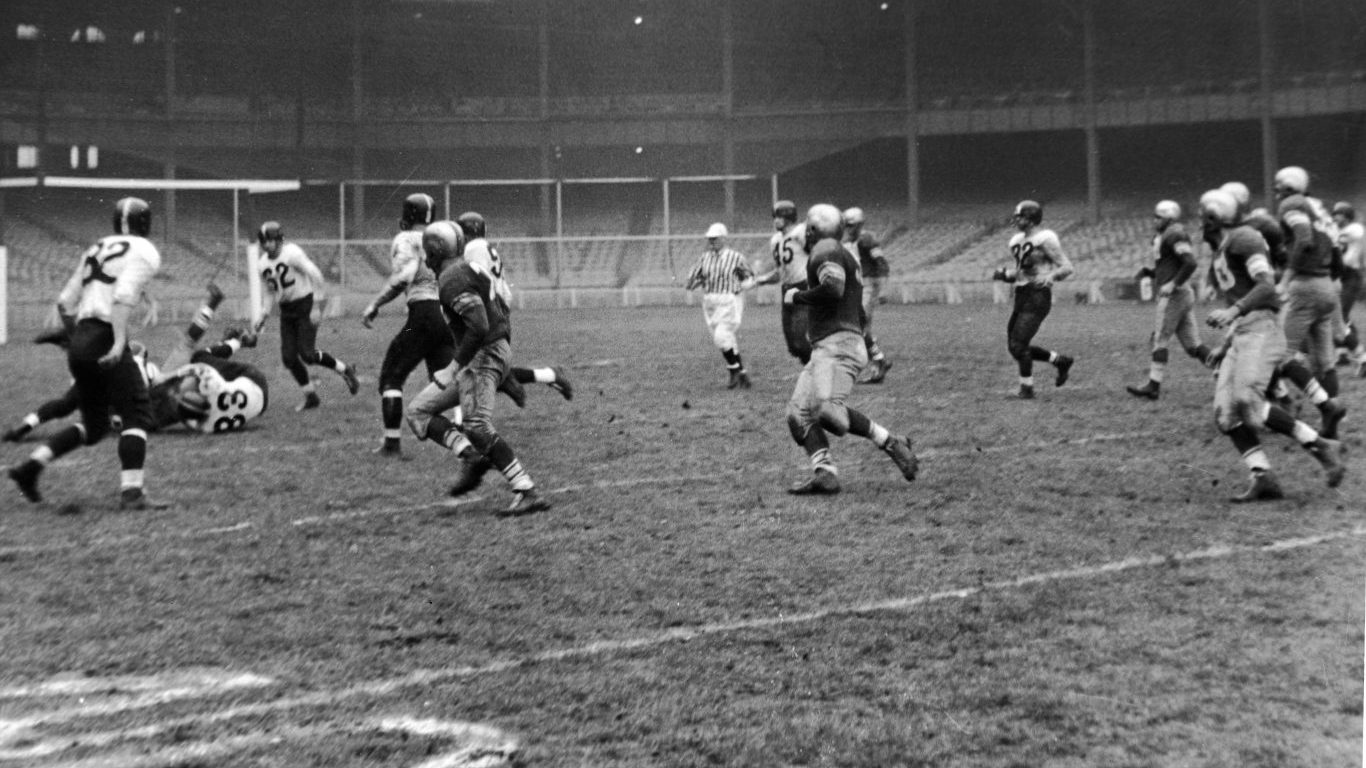 Baltimore sports fans had to suffer one of the most controversial franchise moves in American pro sports history, when Colts owner Bob Irsay quickly and quietly moved the team to Indianapolis in 1984 after stadium negotiations with the city fell through. 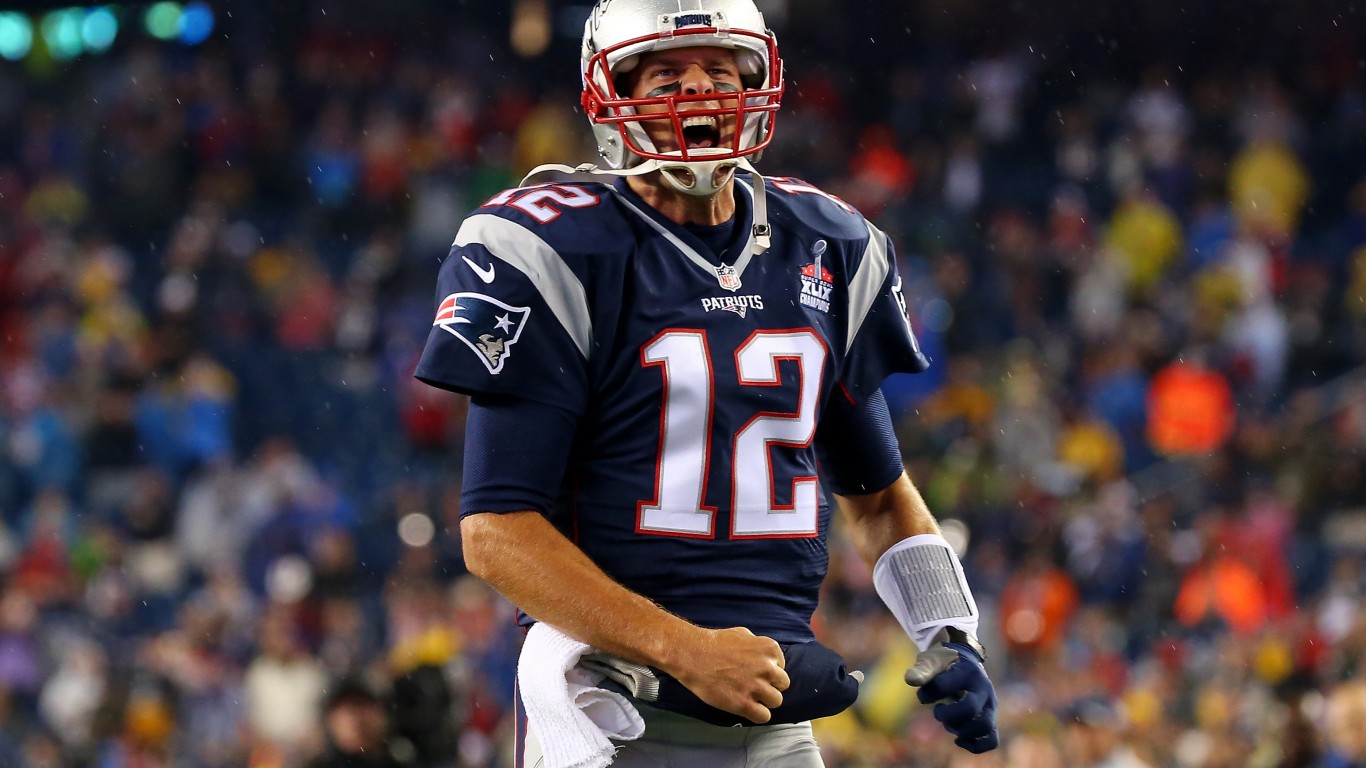 24/7 Tempo
These Are the Best Cities for Sports Fans 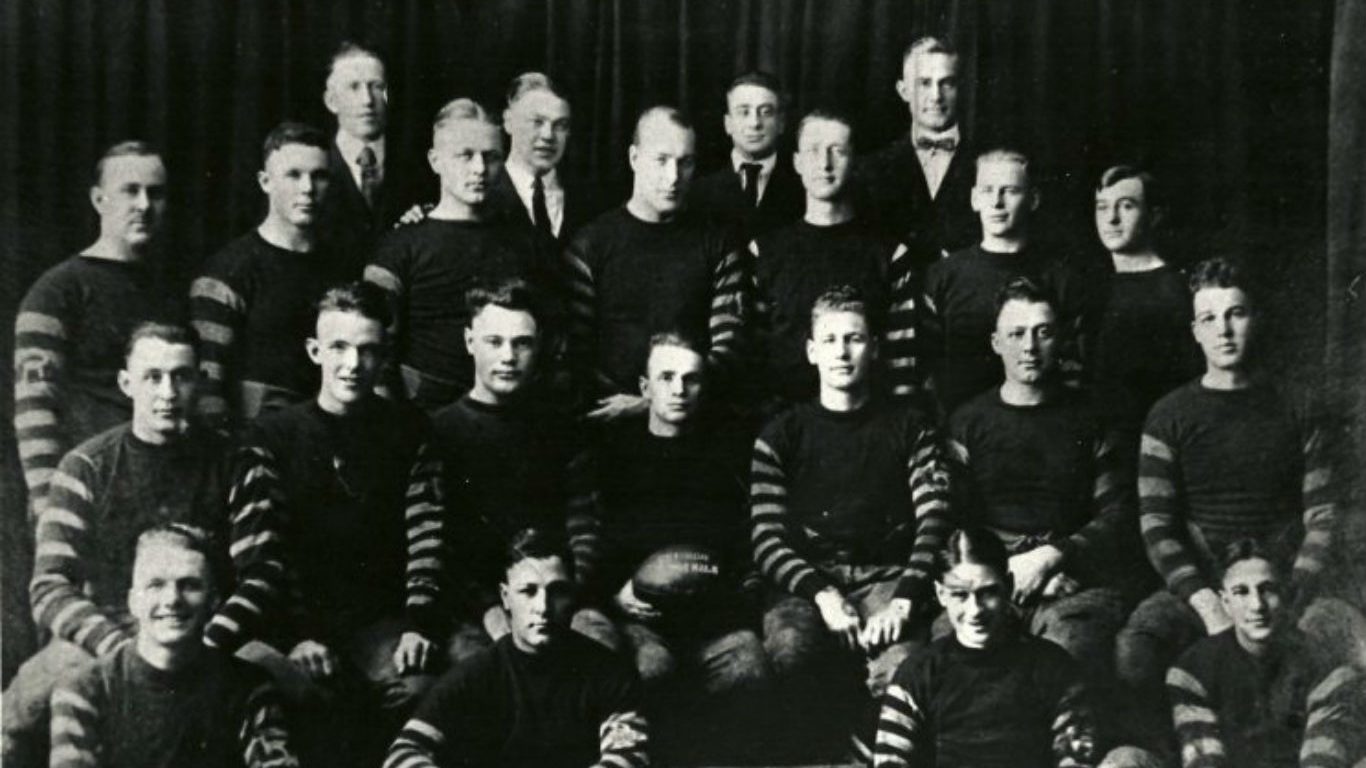 The Chicago Cougars of the now-defunct World Hockey Association were the last pro team to leave the Windy City. The NFL’s Cardinals played in Chicago before moving to St. Louis after the 1959 season. 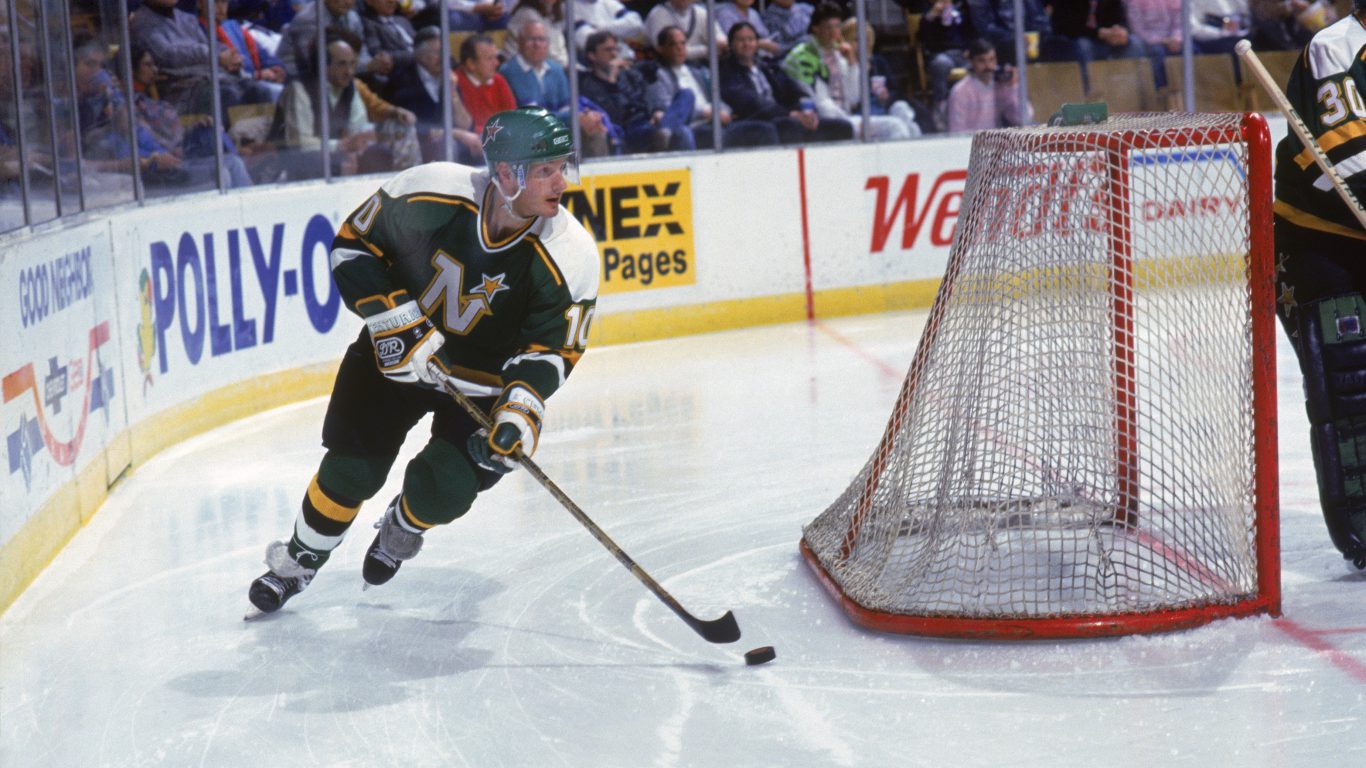 Minneapolis is represented in all four major professional sports. The last pro team to leave the city was the NHL’s North Stars, who became the Dallas Stars. 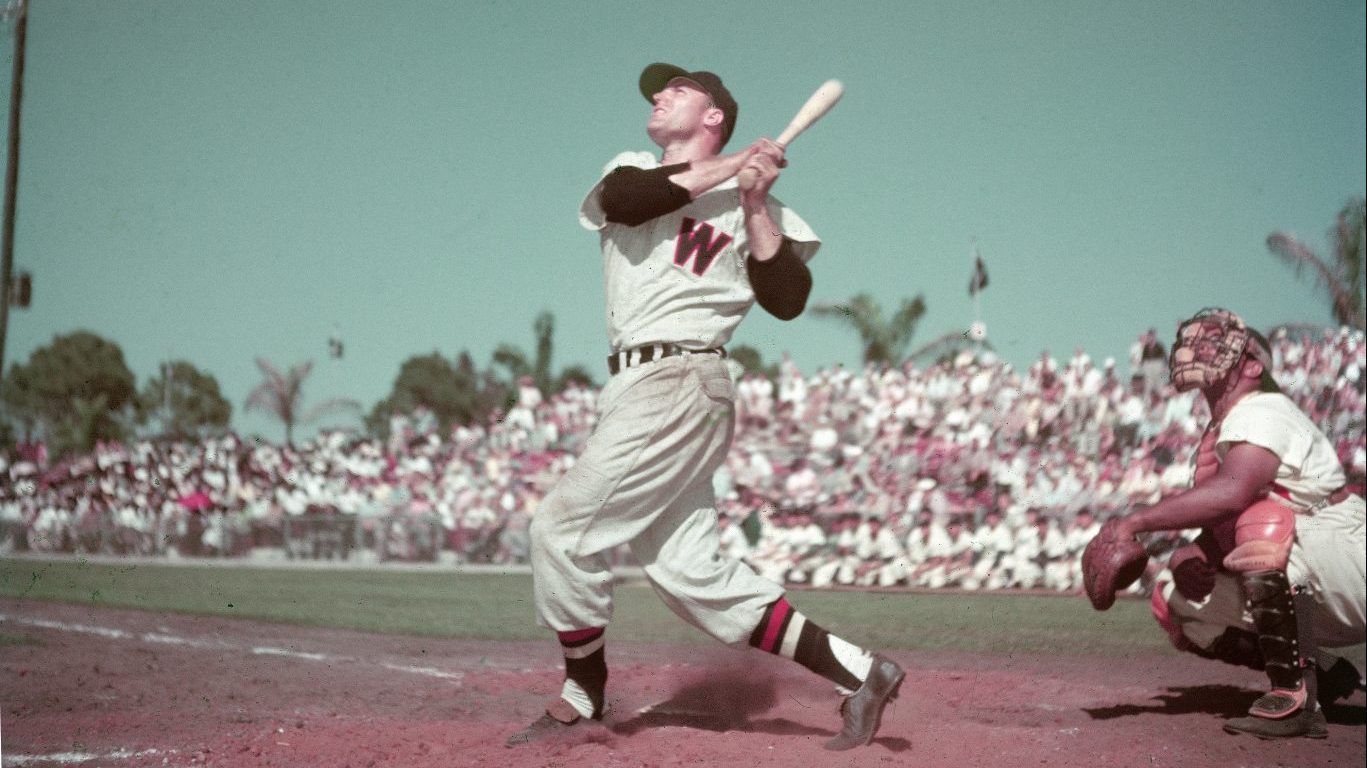 Washington D.C. has lost two teams twice — the Capitols and Senators. The Caps were one of the original teams of the BAA, which eventually became the NBA. After five seasons, the team folded. There was a Washington Capitols revival in the ABA in 1970, but that team lasted just one season before moving to Virginia and becoming the Squires. The MLB’s Senators left D.C. twice. Once they left after the 1960 season to become the Minnesota Twins. Then, after a new Senators franchise was formed, they left after the 1971 season to become the Texas Rangers.