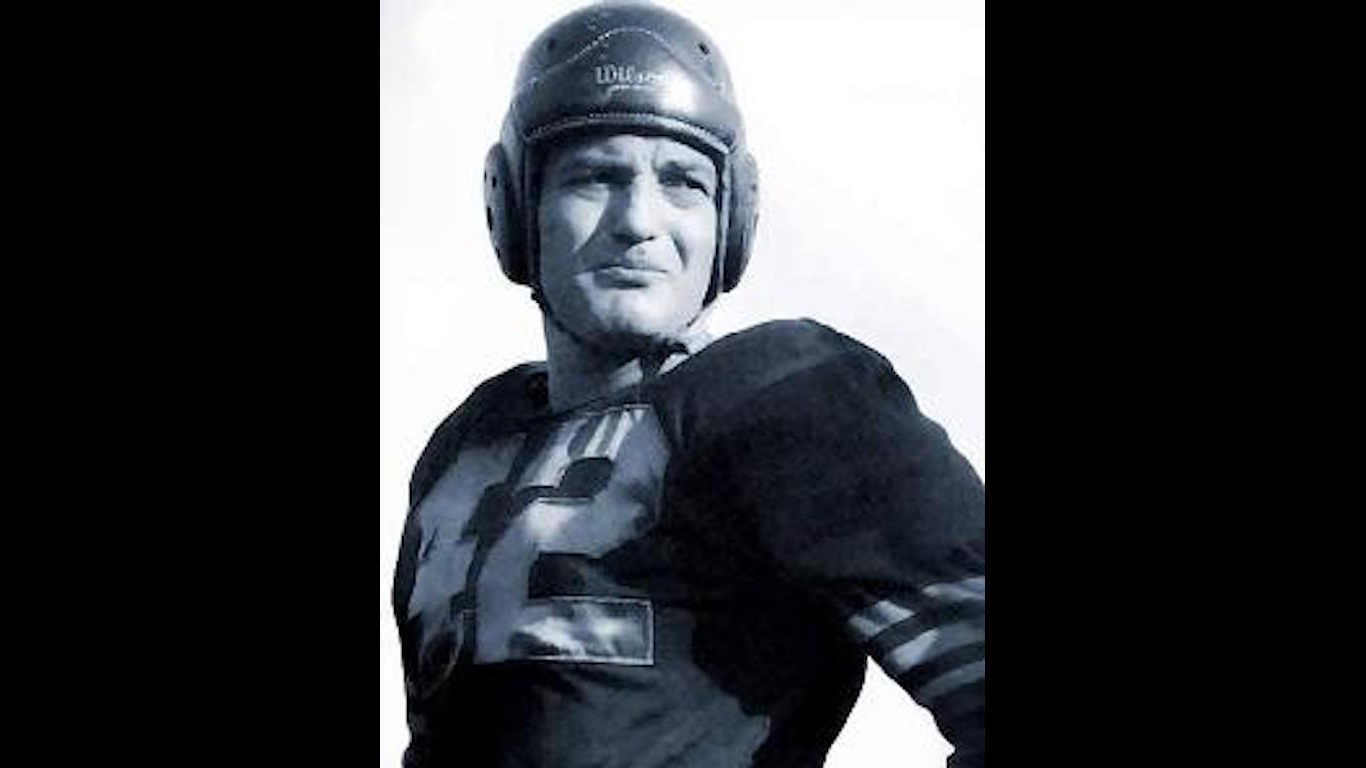 Sid Luckman helped define the role of the modern quarterback. Luckman’s signal calling and passing skills were instrumental in the Bears’ 73-0 shellacking of the Washington Redskins in the 1940 NFL Championship. It remains the most one-sided result in NFL postseason history, and that game changed the way teams run their offense.

The Bears were truly the Monsters of the Midway under Luckman’s direction in the 1940s. Luckman was a dominant passer that decade, leading the NFL in passing yards and passing touchdowns three times. They won NFL titles in 1940, 1941, 1943, and 1946. They won only two championships in the following seven decades. 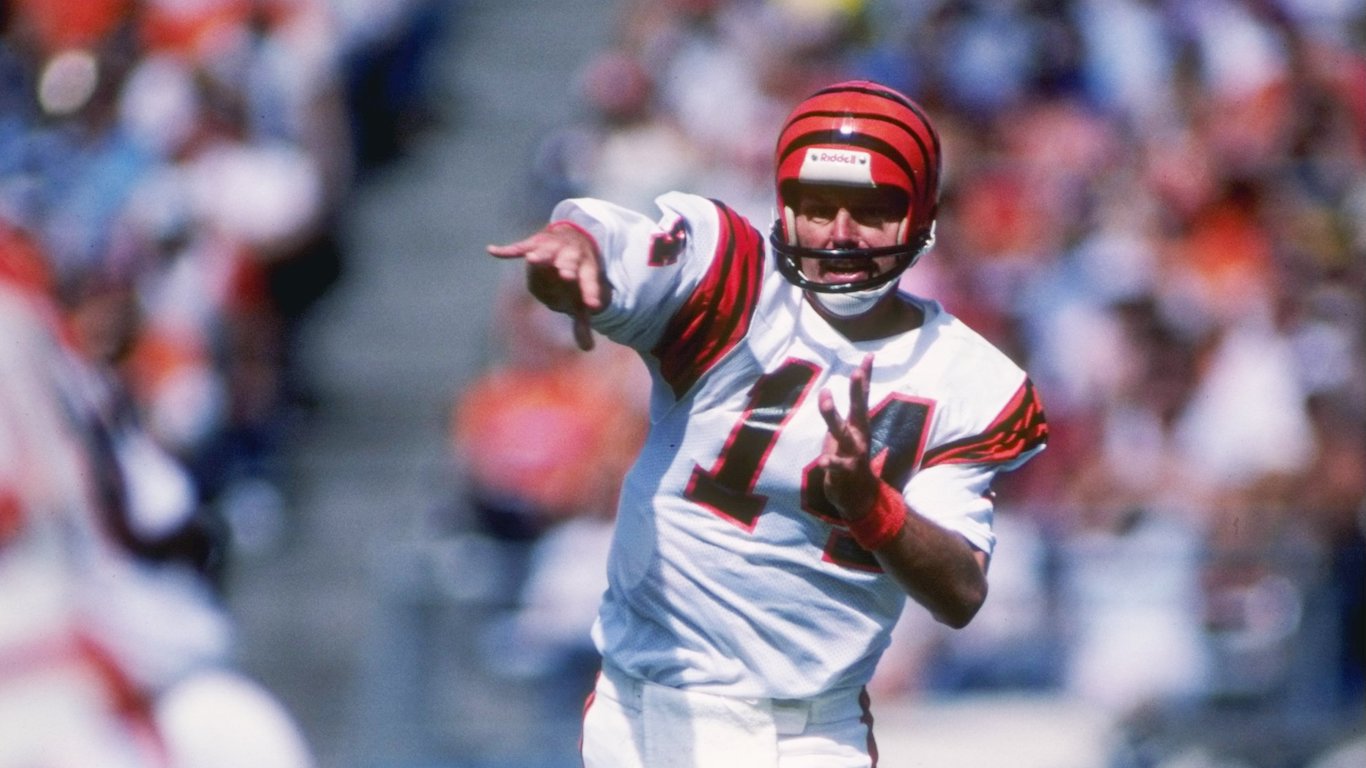 Selecting the greatest Cincinnati Bengals’ quarterback was a tough call. Both Ken Anderson and Boomer Esiason won the league’s most valuable player award and both took the Bengals to the Super Bowl. But Anderson, who spent his entire 16-year career with the Bengals, gets the edge because his lifetime record is better.

Anderson exercised pinpoint accuracy in leading the Bengals. He completed more than 64% of his passes in three seasons, and in four he had a quarterback rating for the full season of 90 points or better. His greatest season was 1981, when he threw for 3,754 yards and 29 touchdowns to win league MVP and take the Bengals to the Super Bowl. Anderson is also the team’s career leader in passing yards (32,838) and passing touchdowns (197). 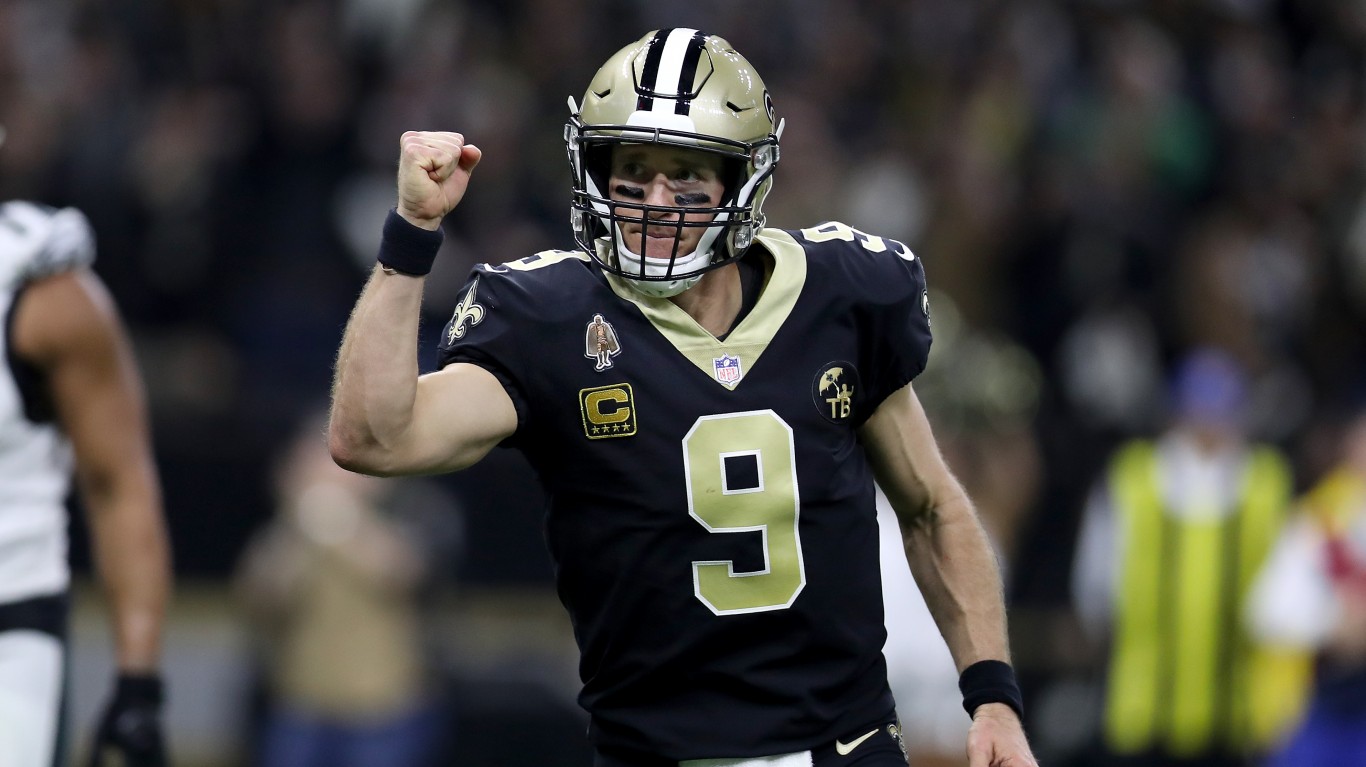 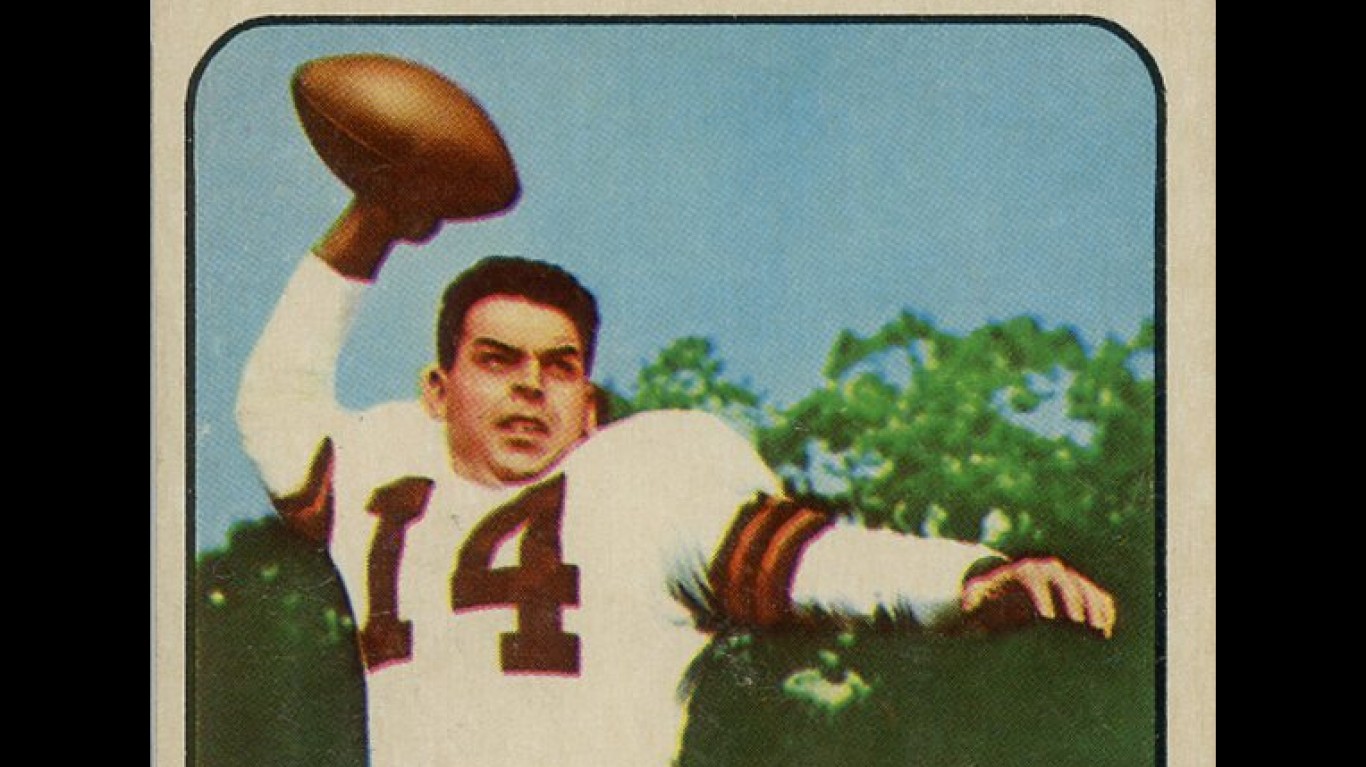 No list of all-time great quarterbacks of any kind would be complete without Otto Graham. He took the Browns to league championship games in the All-America Football Conference (AAFC) and then in the National Football League every year between 1946 and 1955 — and the Browns won seven of them.

Most of Graham’s records have been surpassed, but one has not. Graham has the highest winning percentage of any quarterback in NFL history with a minimum of 35 wins at .788 (61 wins to 16 losses). Paul Brown, who coached Graham in Cleveland, once said about the quarterback: “The test of a quarterback is where his team finishes. By that standard, Otto Graham was the best of all time.” 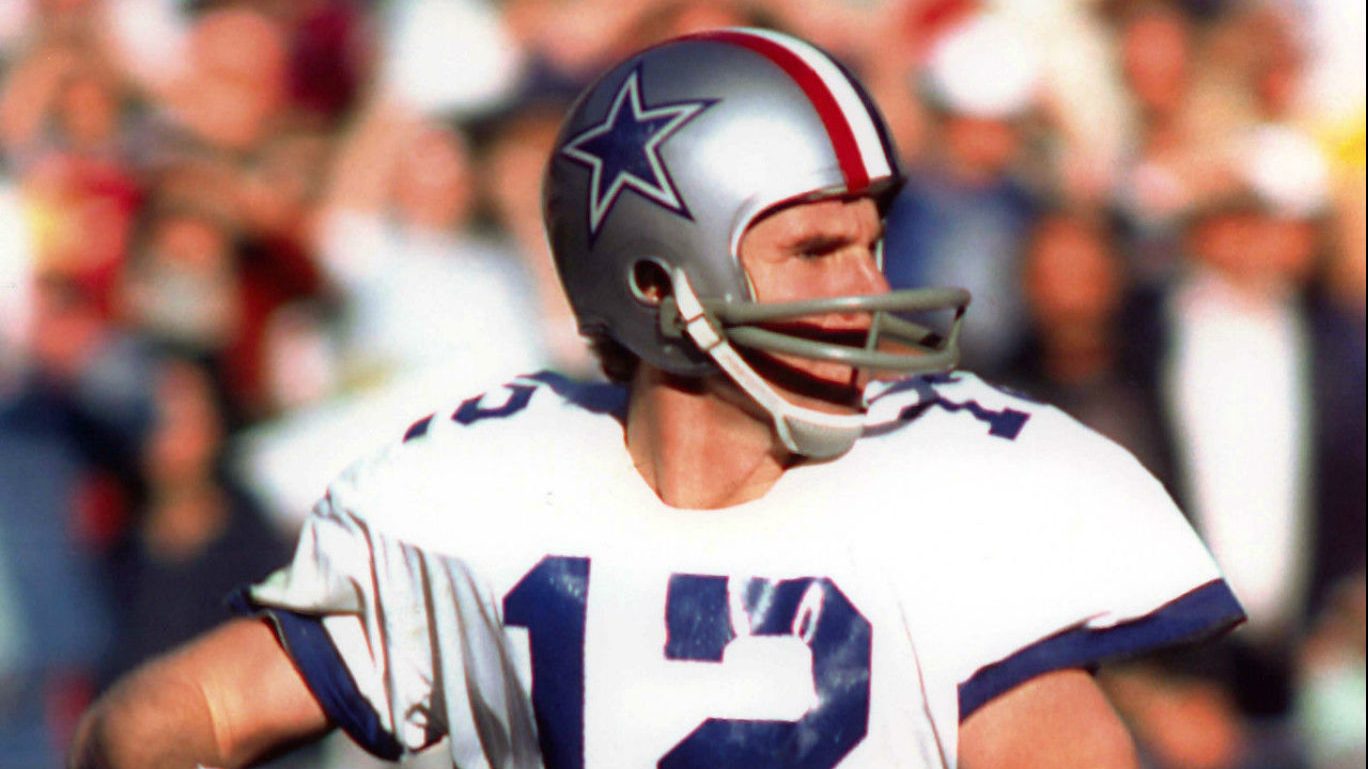 The Dallas Cowboys have a rich history at quarterback with Troy Aikman, Tony Romo, and Don Meredith to name just a few. But there is only one Captain America, and that is Roger Staubach. Staubach won the Heisman Trophy while playing at the Naval Academy, so you knew he had the leadership skills. Staubach’s combination of scrambling and passing skills, and his knack for making big plays in the most desperate situations, made him a Cowboy immortal.

With Staubach helming the offense, America’s Team reached the conference championship game six times in nine seasons, played in the Super Bowl four times, and won twice. Staubach was the MVP in the Cowboys’ first Super Bowl victory in 1972, completing 12 of 19 passes and two touchdowns. When he retired in 1979, the six-time Pro Bowler was the second-leading passer in team history with 22,700 yards and 153 touchdowns. He also ran for 2,264 yards and 20 touchdowns. 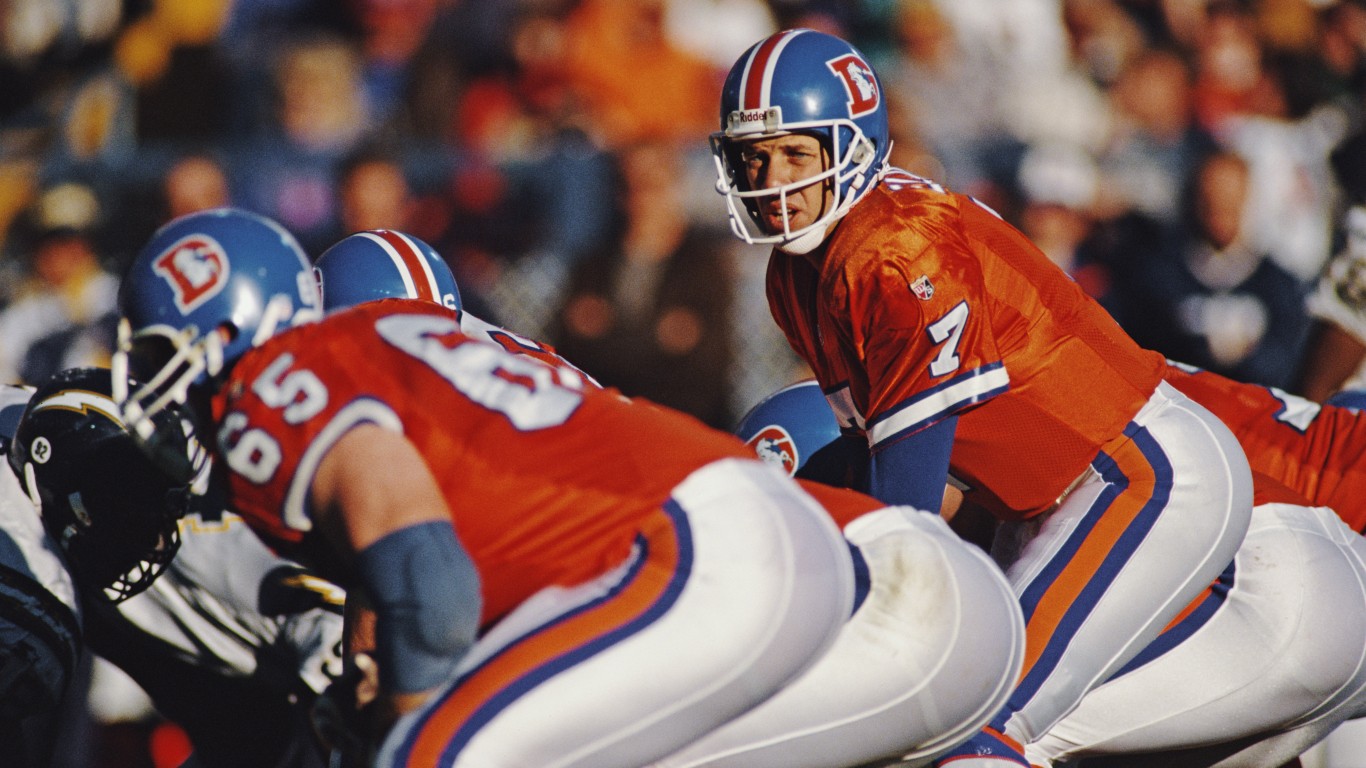 NFL historians point to the 1983 draft as the greatest of all time for quarterbacks as six were drafted in the first round — and none were greater than John Elway. He won 148 games in his 16-year career and still ranks among the top 10 quarterbacks in career passing yardage (51,475) and 12th in touchdown passes (300).

Throughout his career, Elway and the Broncos were labeled “chokers” after losing three Super Bowls in the 1980s. But Elway persevered, winning back-to-back Super Bowls in 1998 and 1999, his final seasons.