With two weeks to go in 2019 and several movies that are expected to be blockbusters still to be released before January 1, the domestic box office winner is already set. No movie has a chance to catch “Avengers: Endgame,” which has crushed ticket sales figures with a total haul of $858,373,000. The movie was released on April 26.

“Avengers: Endgame” will not catch 2015’s “Star Wars: Episode VII: The Force Awakens,” which grossed $936,662,225 and is the top-grossing movie of all time, but it is likely to hold the second place for the foreseeable future.

Extraordinarily, all four films were distributed by Walt Disney Studios, in a rare annual sweep of the top movies. The one movie that could be a blockbuster this year will be released too late to make the high end of the 2019 list. “Star Wars: The Rise of Skywalker” comes out on December 20. It is also from Walt Disney Co. (NYSE: DIS).

“Avengers: Endgame” included a number of Marvel Studios’ most popular characters, which was certainly critical to its success. These included Iron Man, Captain America, Hulk, Thor and Captain Marvel. Each character has starred in at least one movie of their own. These films were all extremely successful.

“Avengers: Endgame” is among the few major films that did extraordinarily well with both audiences and critics. Website Rotten Tomatoes keeps track of these trends. Of 496 critics polled, 94% gave the movie a positive review. Also, 90% of audiences gave the movie a positive review. The Rotten Tomatoes universe of audience ratings was an amazing 66,911. The movie is not, however, one of the 100 best movies of all time.

The sales of “Avengers: Endgame” also led the box office worldwide this year at $2,797,800,564. The movie will make Disney much more outside of theaters too. It has been and is available on Amazon Prime, Netflix and the new Disney+. This relatively new medium of streaming gives the movie a financial boost it could not have had a decade ago. 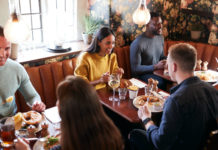