24/7 Tempo
Home Lifestyle 50 of the Most Popular Words That Entered the Dictionary in the...

How many words are there in the English language? Trying to answer this question may take longer than actually getting a dictionary and counting them one by one. It depends on how you define “words” and whether you only count those still in use. The one indisputable fact is that English is growing.

The Oxford English Dictionary, widely considered the most authoritative record of the English language, adds anywhere between 500 and 1,500 new words or phrases — and sometimes even more — every March, June, September and December. This is a huge addition to an already rich language that has been estimated to include about 1 million words.

The OED keeps a record of over 1,000 years of English. It is a guide to the meaning, history, and pronunciation of 600,000 words — obsolete and current — from all countries that speak the language. Not all of these words will be familiar to Americans. Here are British words and phrases Americans just don’t get.

24/7 Tempo identified the most popular words that officially entered the English language over the last decade. We reviewed more than 8,000 new words in the Oxford English Dictionary, and approximated their popularity using Google AdWords keyword planner.

The average 20-year-old native speaker of American English knows 42,000 words, according to a study published in Frontiers in Psychology. He or she learns another 6,000 words between the ages of 20 and 60. This is about one word every two days. This is not a lot considering that about 4,000 words and phrases are added every year.

OED, however, is not the only Oxford dictionary. The Oxford dictionaries, which also include the Concise Oxford Dictionary, are created to describe how languages are changing, as opposed to dictate how they should be used. They look at data that tracks language use and context. A team of lexicographers, which includes a range of language experts, uses the data to determine words that should be prioritized for inclusion in the dictionary. As a result, some words are added again as they have come to mean something completely different. Here are words people misuse all the time. 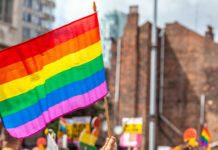