The 1985 Royals barely made the playoffs, winning the weakest division in baseball by a single game. Unlike teams with overpowering offenses or stellar pitching staffs, the Royals were able to eke out close wins, a trait that served them well in the playoffs. In the regular season, they scored, on average, 0.3 more runs than they allowed per game, one of the worst ever run differentials for a championship team. Kansas City won two close seven-game series en route to the franchise’s first title.

Prior to 1969, only two teams — the AL and NL champs — would make the MLB postseason. You’d think this would ensure that only truly great teams made the postseason, but this was not always the case. The 1959 Los Angeles Dodgers won just 88 games, but were able to make the World Series because of a relatively weak National League that season. Los Angeles relied on pitcher Larry Sherry, who notched two saves and two wins in the series, to beat the odds and take down the Chicago White Sox. 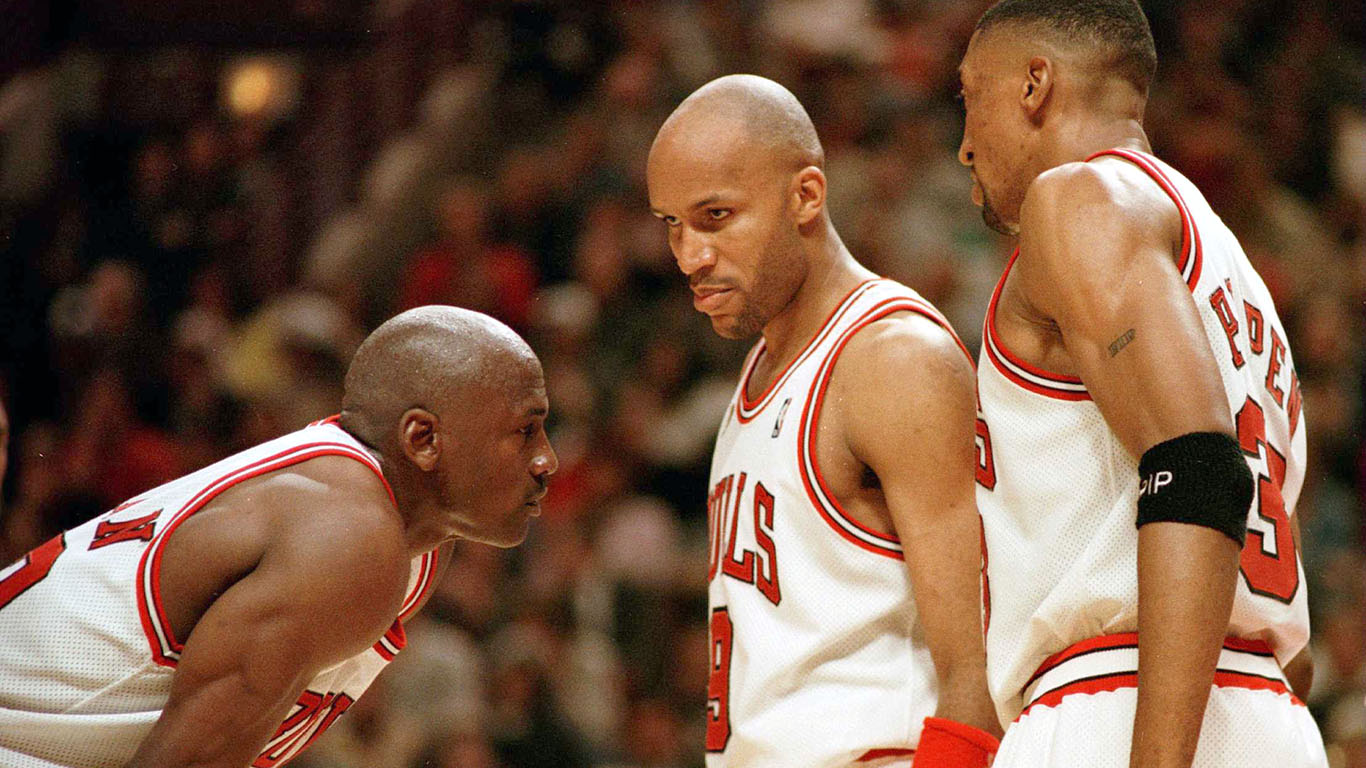 24/7 Tempo
Greatest Teams in the History of Every Sport

Going into the 2007 season, the New York Giants were projected to be a mediocre team. After starting 0-2, the team rallied to go 10-6 and earn a wild card berth. The Giants were underdogs in all four playoff games in which they played, finally ending up as 12.5 point underdogs to the previously undefeated New England Patriots. But the defense held down the high-powered Pats offense and, thanks to some late-game heroics from Eli Manning, David Tyree, and Plaxico Burress, the Giants won the Super Bowl.

The early 1980s New York Islanders are now remembered as a dynasty, but the 1979-80 team had little in the way of expectations. After four straight 100-point seasons that ended in disappointment, the Islanders appeared to take a big step back, amassing just 91 points. But the Isles were able to stifle the powerful offenses of top seeds like the Flyers and Sabres on their way to their first of four straight titles.

Going into the 2014 MLB postseason, the Giants were certainly underdogs — they barely made the playoffs with a 88-74 record, and had to win a one-game Wild Card playoff just to keep their season alive. But after winning the 2010 and 2012 titles, they had experience on their side. San Francisco rode the pitching of Madison Bumgarner through the postseason and to their third championship in five years. Since the MLB expanded the season to 162 games, the Giants are one of just four teams to win the World Series with fewer than 90 regular season wins.