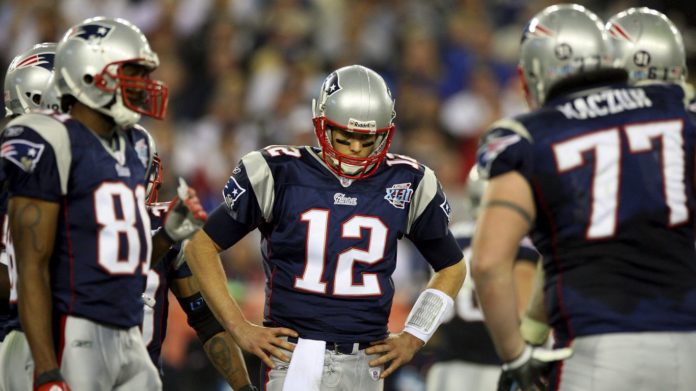 Each year, one team from each major sports league wins a championship. While all championship teams go down in history, only a handful are remembered as truly legendary. Squads like the 1972 Miami Dolphins, 1995-96 Chicago Bulls, and 1927 New York Yankees are still talked about to this day because of the way they dominated opponents in the regular season and in the playoffs.

Yet for every great team, there are plenty of others that couldn’t win a championship and secure their legacy as an all-time great team. The 2007 New England Patriots might have been remembered as great, until they lost to the Giants in the Super Bowl. The 2015-2016 Golden State Warriors won 73 games in an 82 game season, an NBA record, but LeBron James and the Cleveland Cavaliers beat them in the NBA Finals.

24/7 Wall St. reviewed the regular season records of teams from the four major U.S. sports leagues — the NHL, NFL, NBA, and NHL — to determine the greatest teams to never win a championship.

Click here to see the greatest teams to never win a championship.

There are many reasons why great regular season teams can’t win it all in the postseason. It may be that the teams are inexperienced and unaccustomed to playing in the playoffs. It may be the teams lose key players to injury and can’t find a way to succeed without them. Or maybe the teams’ good fortune simply runs out.

Frequently, the teams that made the list of greatest teams to never win a championship did go on to postseason success, just not the year when they were dominant. The Detroit Red Wings of 1995-1996 very nearly set a record for the best regular season in NHL history before losing in the Western Conference Finals. However, the team likely used the experience from that season to fuel future success, winning the Stanley Cup in 1997 and 1998.

For other teams, they had a single shot at glory that never returned. The Seattle Mariners tied an MLB record with 116 wins in 2001. That team lost the American League Championship Series to the New York Yankees, and the Mariners have not made it back to the playoffs since.