24/7 Tempo
Home Sports The Story Behind Every NFL Mascot 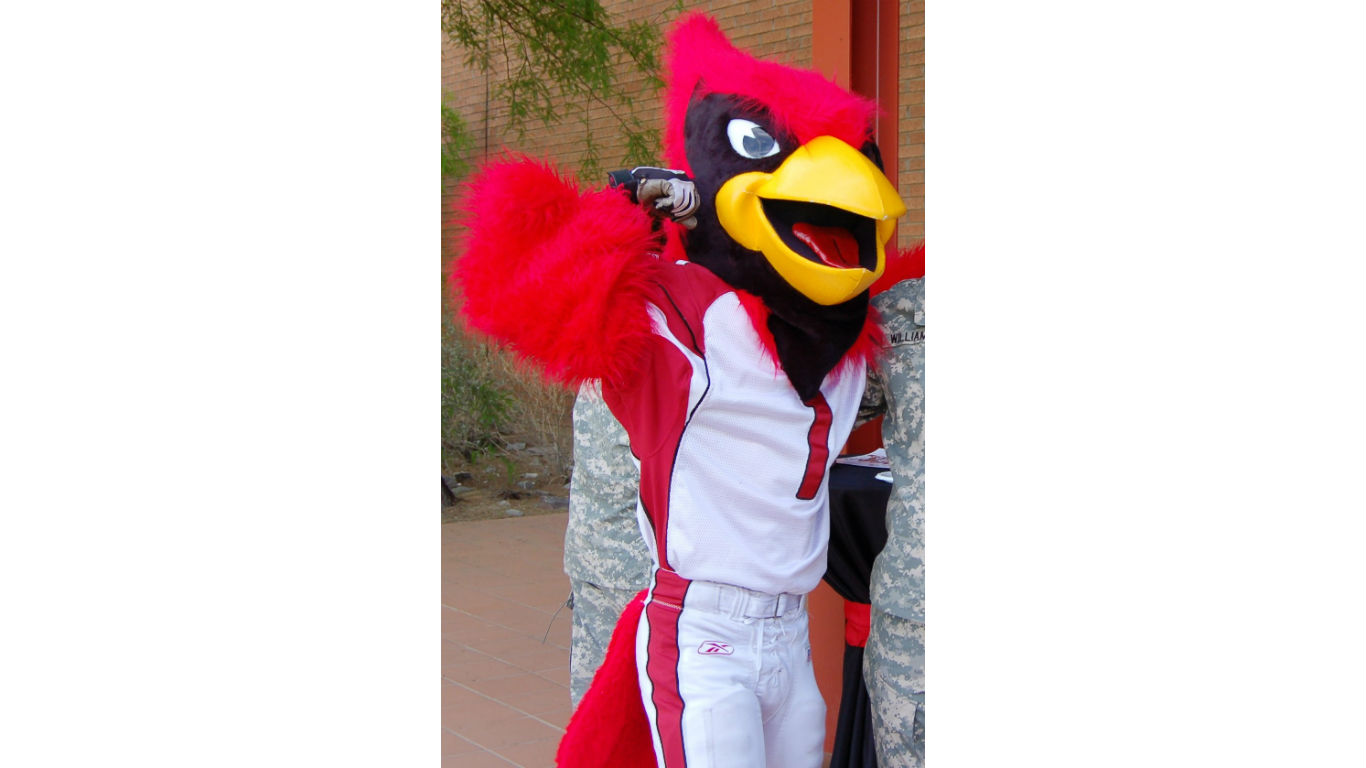 At 100 years old, the Arizona Cardinals are one of the National Football League’s oldest franchises, though they’ve only had an official mascot since 1998. Big Red is a red cardinal-like bird figure. The original color of the team was a faded maroon, which was eventually called cardinal red. 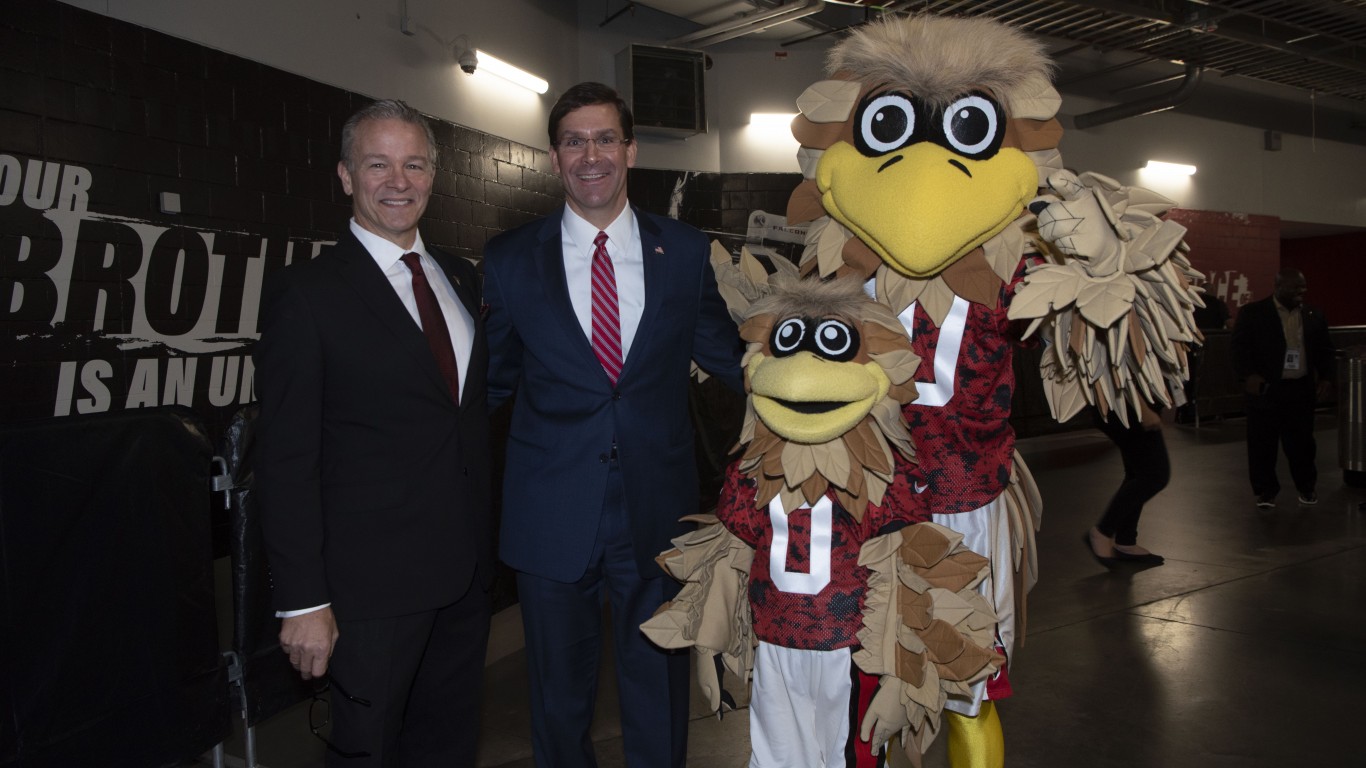 2. Atlanta Falcons
>Mascot: Freddie Falcon
>When mascot was debuted: About 1984

Freddie Falcon became the Atlanta Falcons mascot in the mid-1980s. The team took the Falcons name following a contest to name the team after Atlanta was awarded an NFL franchise in 1965. Falcon was suggested by a school teacher who liked the name because “â¦ the falcon is proud and dignified with great courage and fight.”

ALSO READ: Teams That Have Never Won a Championship (And How Close They Came) 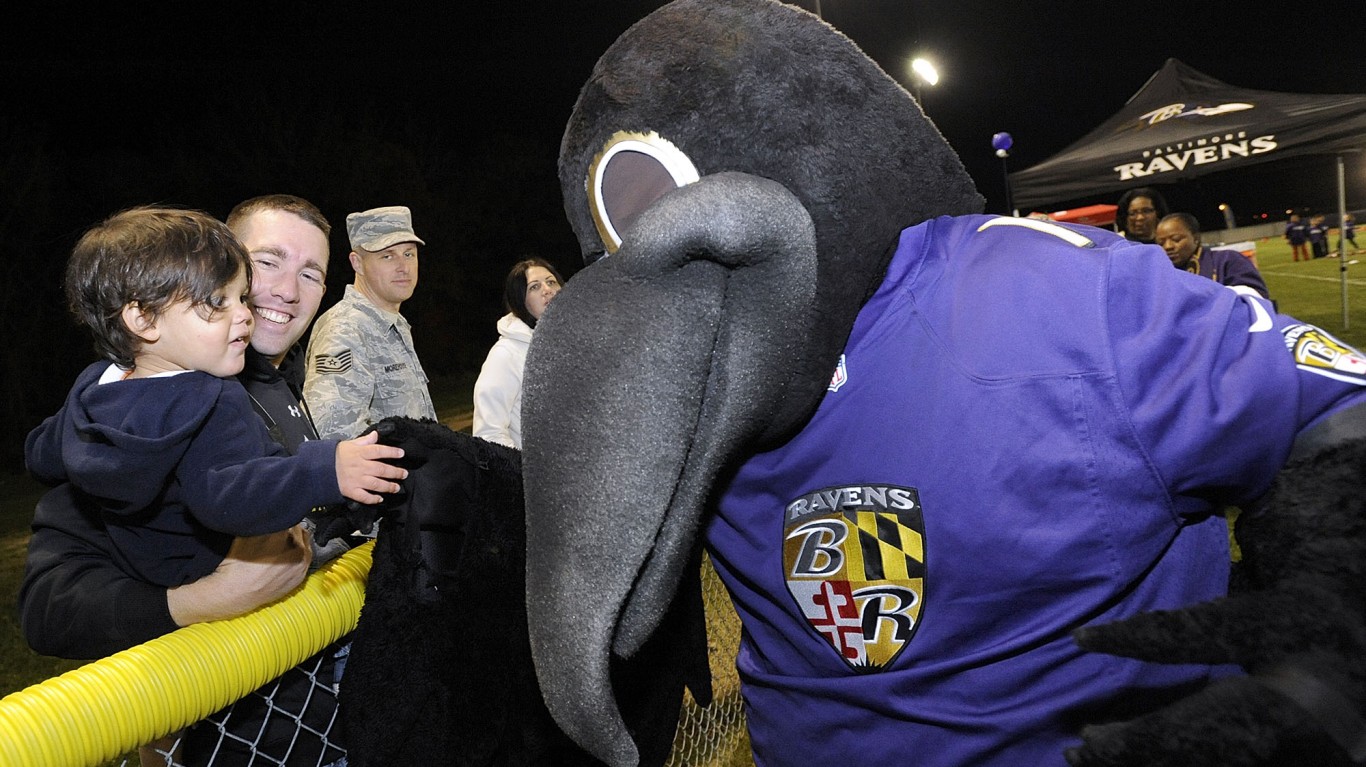 Poe is a raven and became the Baltimore Ravens mascot after Ravens was chosen by fans in a poll conducted by the Baltimore Sun. The name is in honor of Edgar Allan Poe, master of the macabre, who wrote his famous poem, “The Raven,” while living in Baltimore. 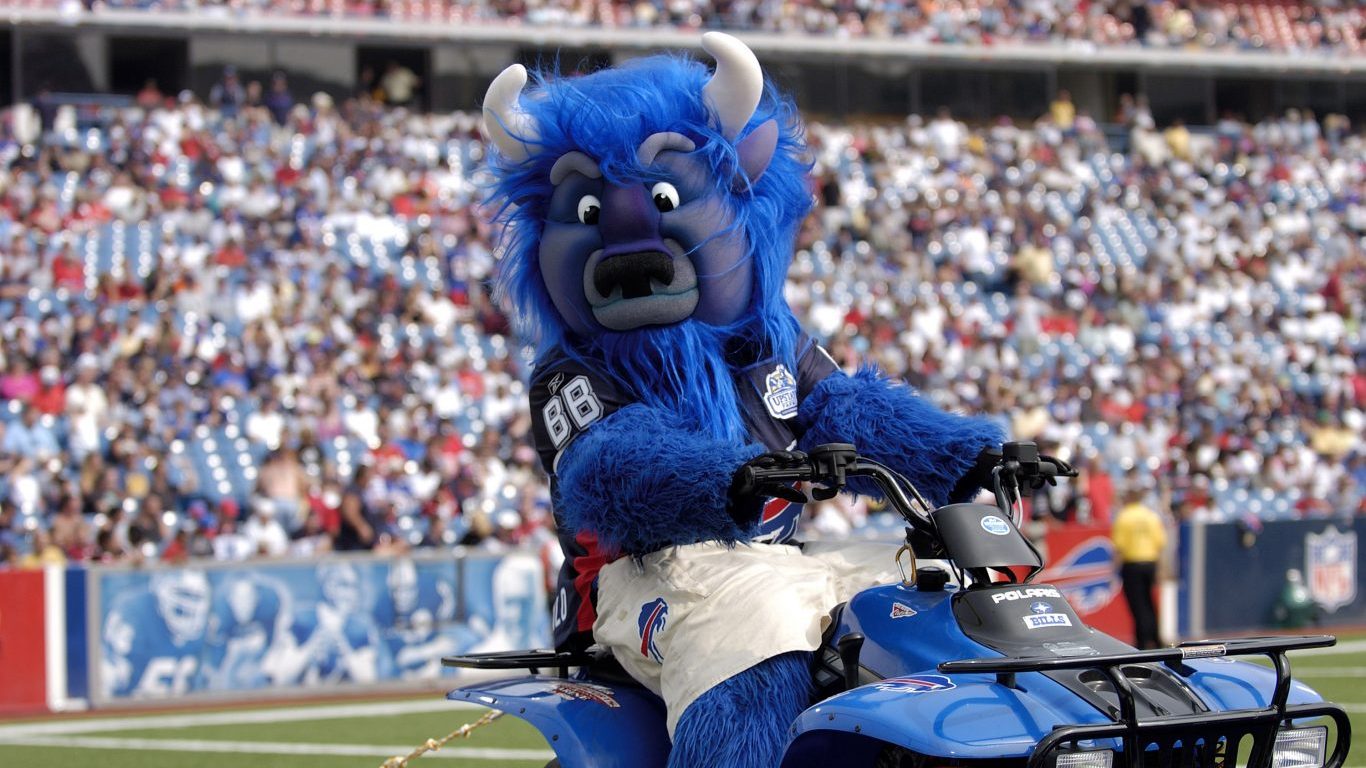 Billy Buffalo debuted in 2000 at a Buffalo Bills home game in Orchard Park, New York. He is an 8-foot-tall blue American buffalo and wears uniform “number” BB. The Bills name is a reference to frontiersman and Wild West entertainer Buffalo Bill Cody. 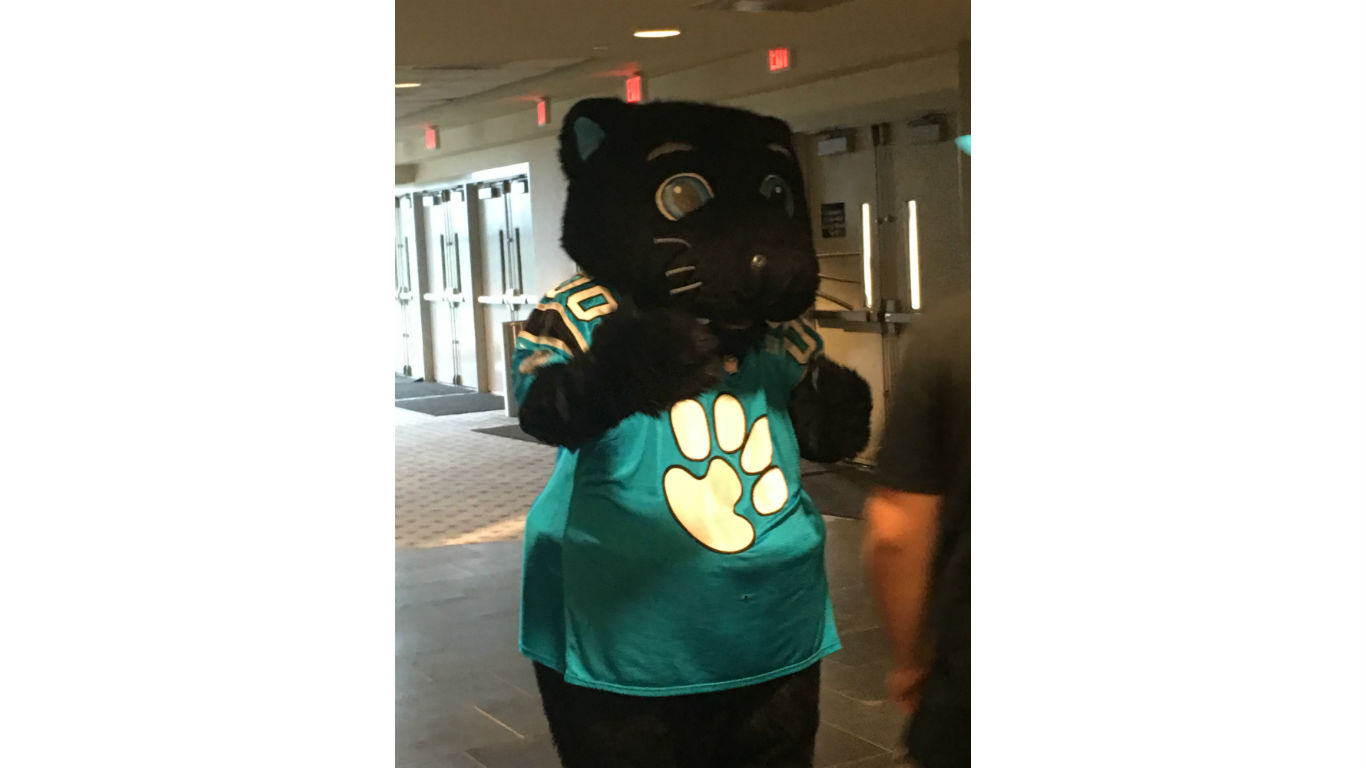 After Charlotte, North Carolina, was awarded an NFL franchise in 1995, Mark Richardson, the son of team owner Jerry Richardson, chose the team’s name and team colors of black, blue, and silver. The Panther mascot came into being the same year. The Panther mascot, wearing jersey number 00, stirred a bit of controversy in 1996 when during a game between the Carolina Panthers and Pittsburgh Steelers he fell on a live ball following a punt.