It is old news that obesity is a major problem in this country today. An estimated 160 million Americans are either obese or overweight, or nearly 75% of adult men, more than 60% of adult women, and nearly 30% of those under the age of 20. That is according to calculations made five years ago by Seattle’s Institute for Health Metrics and Evaluation, an independent population health research center at the University of Washington’s UW Medicine.

The Centers for Disease Control and Prevention considers anyone with a body mass index (BMI) between 25 and 30 to be overweight, and with a BMI of 30 or higher to be indicating obesity. Class 3 obesity, sometimes called “extreme” or “severe,” is a BMI of 40 or above.

Public health officials and other researchers blame various factors for the problem — among them the prevalence of fast food, the size of portions, the increase in meat consumption, our love for sugary soft drinks, our embrace of low-fat, high-sugar “diet foods,” and our relatively sedentary lifestyle.

Rates of obesity are not evenly distributed around the country. Nine of the 20 cities with the highest adult obesity rates are in the South — 11 if you count the entries in Texas and Maryland. (Because what people eat and drink is not the only cause of obesity — though it may be one of the most important one — the most obese cities are not necessarily the cities with the worst diets.)

What accounts for this geographical bias? Poverty is one factor, implying fewer opportunities for healthy eating and exercise. More than half of the 15 states with the lowest median household income are in the South. Climate can be another influence. In Texas and parts of the South, temperatures are so high in summer and sometimes spring and fall that outdoor exercise becomes unpleasant, if not dangerous.

Then there is the number of fast food restaurants per capita. Half a dozen of the 15 states with the highest concentration of such places are also in the South. And unfortunately, it is all too easy for people in whatever state to choose the unhealthiest item in every fast food chain.

Of course, obesity is not exclusively a Southern issue. Oregon, Pennsylvania, New Jersey, Illinois, Michigan, and Indiana are among the non-Southern states with an obesity rate of over 35%. For reference, the national adult obesity rate is approximately 30%, and out of the 382 metro areas in the country, only two have obesity rates above 40%. Even in the states whose cities have the lowest rates — Vermont and Hawaii — nearly a quarter of the population is obese. 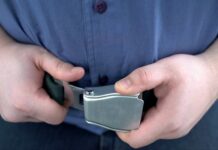 This Is the Most Obese City in America 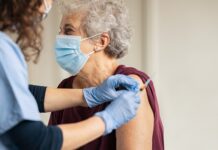 Three New Vaccines May Join Fight Against COVID-19, According to CDC 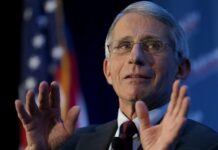