With the COVID-19 pandemic affecting every aspect of everyday life, it’s easy to forget about what else is going on in the world and that includes significant historical moments, and many of them have to do with humanity’s successful attempt to explore beyond Earth.

24/7 Tempo has compiled a list of the coolest and most unforgettable moments in space exploration after reviewing material from NASA, news articles from decades ago and information from the National Archives and Records Administration.

If Christopher Columbus, Ferdinand Magellan, Amerigo Vespucci, and Vasco Da Gama helped Western civilization in the Age of Discovery reach new worlds, in the Space Age, Yuri Gagarin, John Glenn, Valentina Tereshkova, and Neil Armstrong took humanity to Earth’s orbit and beyond. Those space pioneers launched our world into a realm that had been pondered by astronomers, philosophers, religious figures, science fiction writers and poets.

The Space Age paralleled the Cold War, and when the Soviet Union succeeded in launching Sputnik into space in 1957, it was seen as much a threat to U.S. national security as a scientific triumph. Sputnik’s success was the starting gun of the space race that put the prestige of nations on the line.

The competition for supremacy in space made national heroes of Gagarin, Glenn, Tereshkova, and Armstrong, among many other astronauts and cosmonauts in the 20th century. They would gain fame as astronauts on the Mercury and Apollo missions during the 1960s — here are 30 special skills astronauts need to master to do their job. 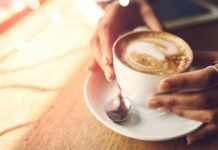