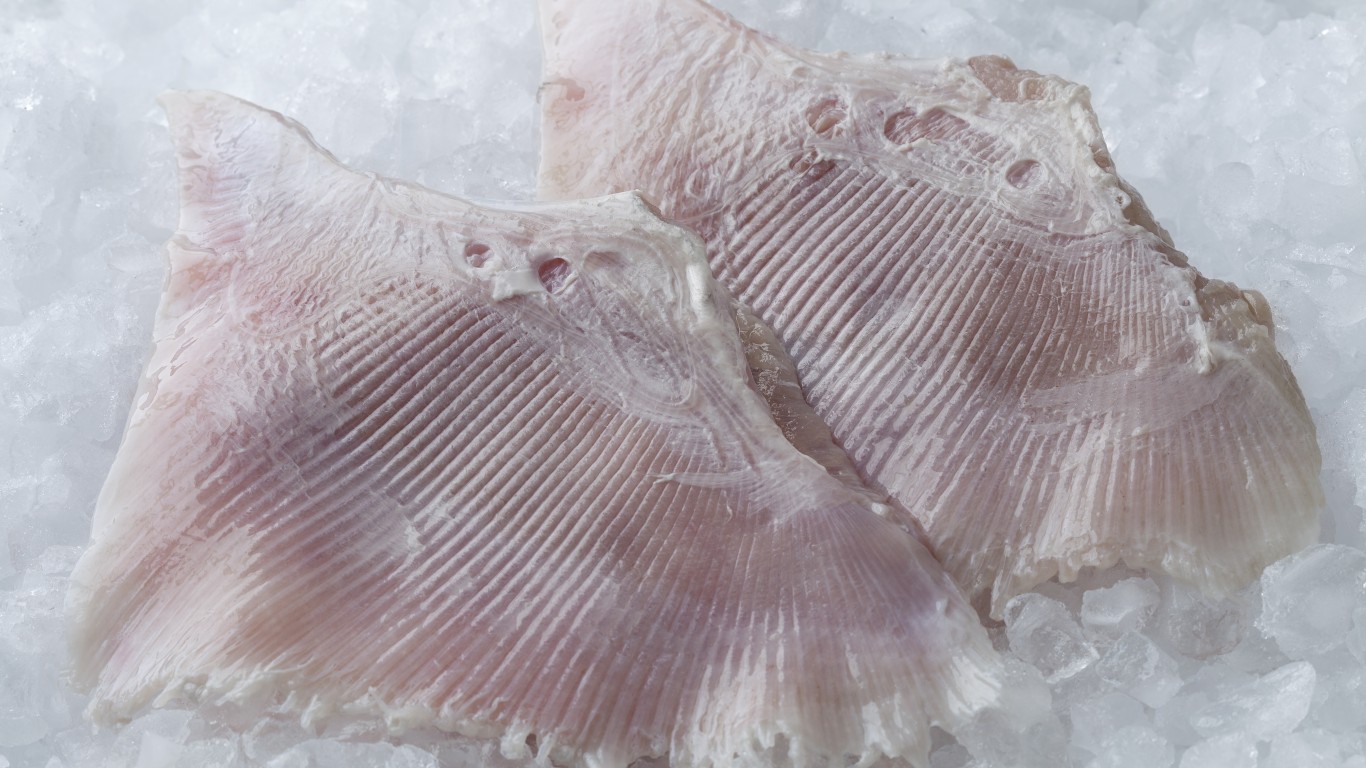 This plump, thick-snouted stingray was once accused of destroying the oyster population in Chesapeake Bay, though it has since been acquitted of the crime. Its wings, however, are almost as much of a delicacy as those bivalves. They’ve been cut into rounds and substituted for scallops, but it can also be made into kabobs or fajitas, among other things. 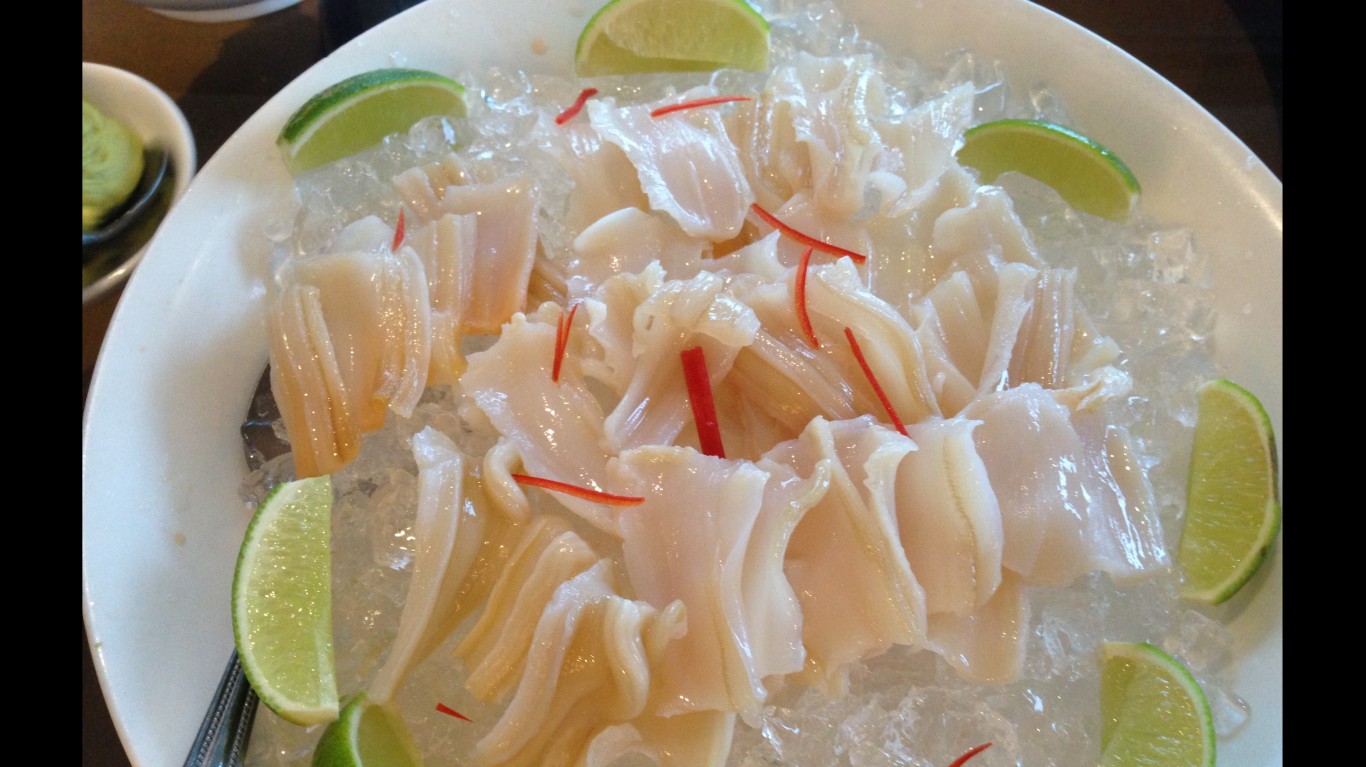 Pronounced “gooey-duck,” this is a giant clam with an obscene-looking protruding body that it can’t retract into its shell. Its meat is tough but tastes good and is often found in sushi bars. 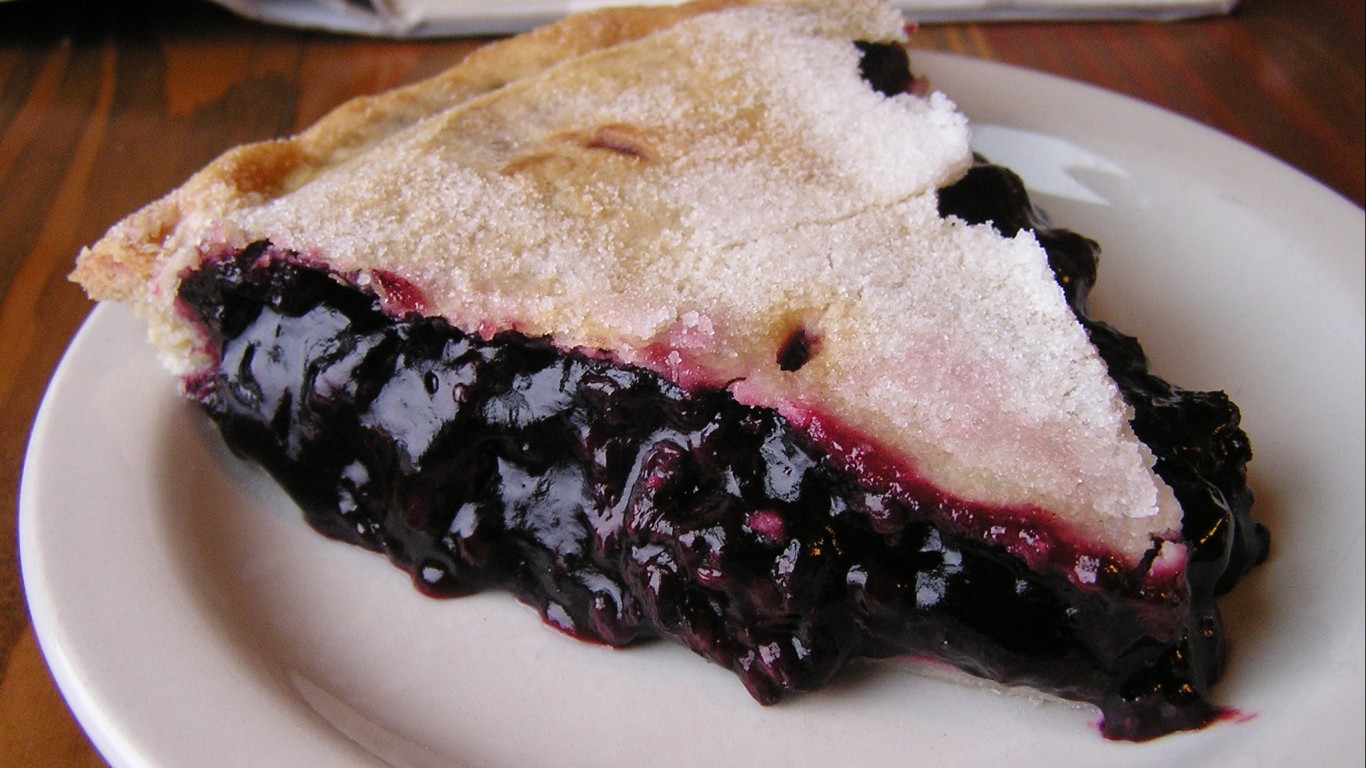 24/7 Tempo
The Most Iconic Dessert in Every State 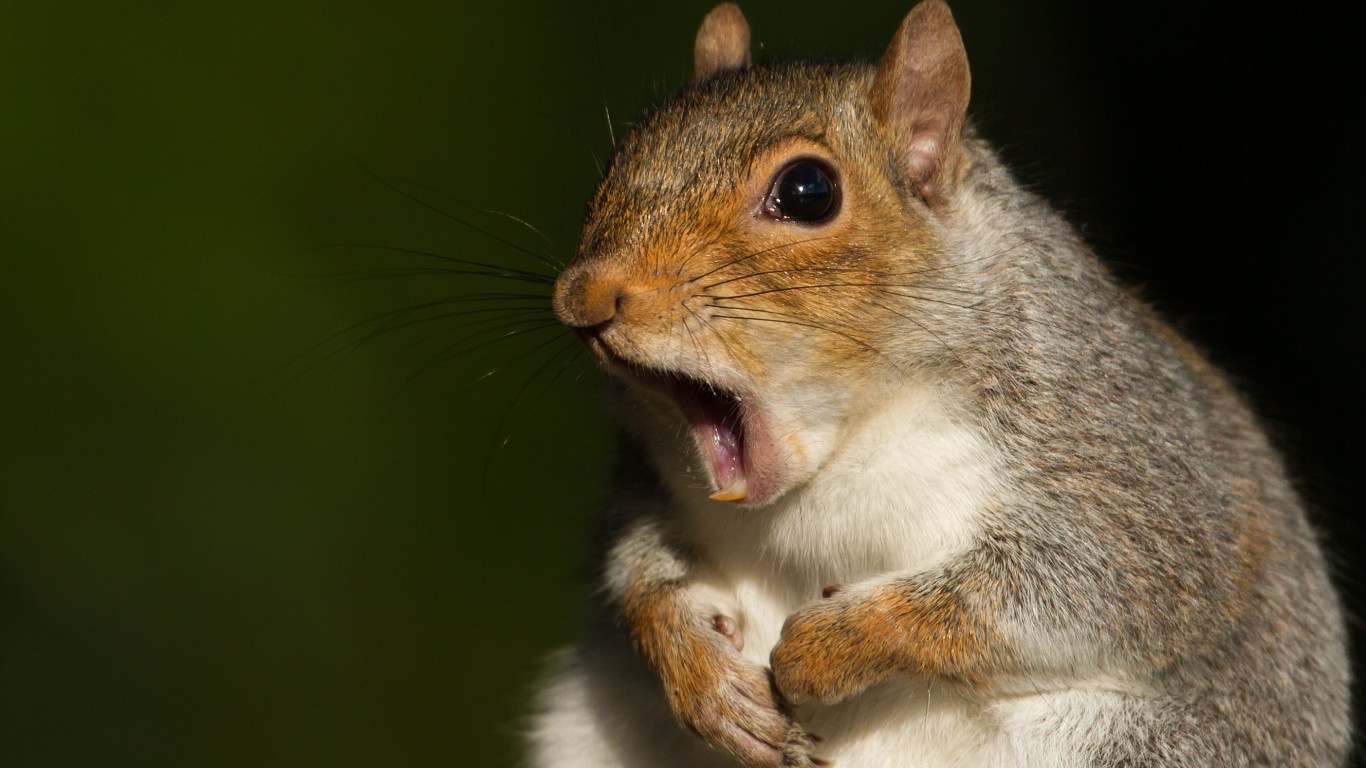 Hunters used to bring home squirrels for dinner when they couldn’t catch anything better, and in fact, the meat is said to be quite good – sweet and nutty, like a cross between rabbit and (what else?) chicken. It’s still appreciated in West Virginia, which hosts an annual Squirrel Fest, and where frying is a preferred method of preparation. 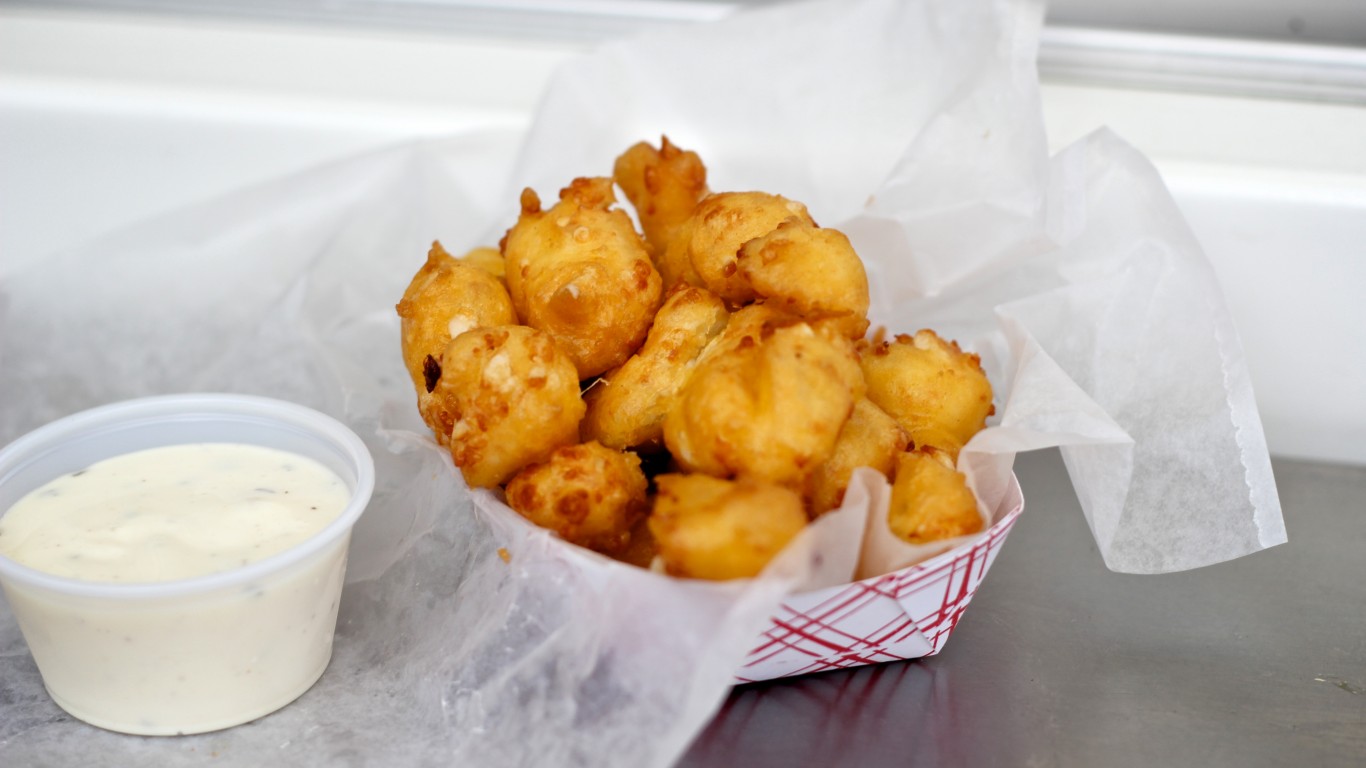 Cheese curds aren’t all that strange as long as you don’t mind eating something that squeaks. When making cheese, the milk is acidified and coagulated, separating the whey from the solid part – the curd. Curds are then pressed into a mold to form cheese. Curds that don’t get pressed just stay curds – and in Wisconsin and other dairy states, they’re enjoyed fresh by the handful like popcorn. (They’re also the correct cheesey component of Quebec’s famous poutine.) 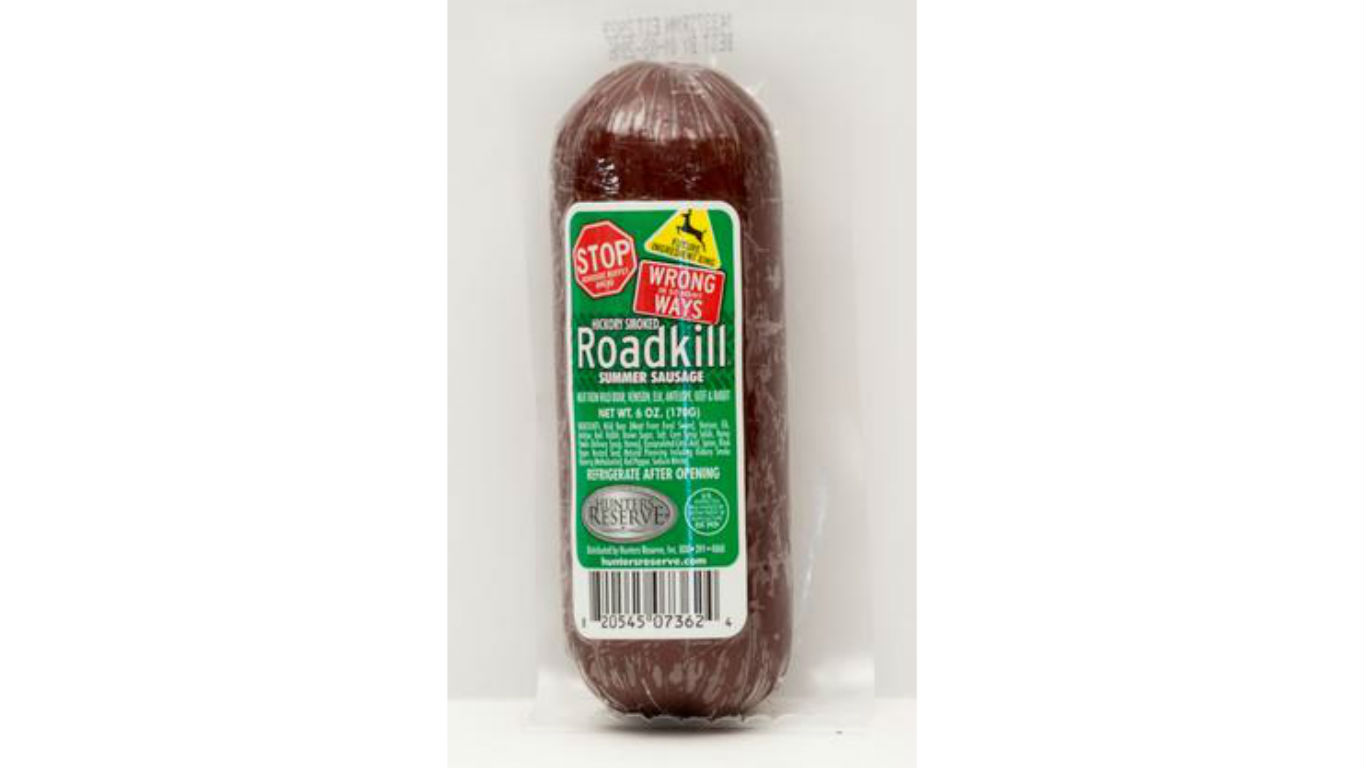 There’s no such thing as a jackalope. It’s a joke animal – a jackrabbit with antlers. The Wyoming Buffalo Company in Cody doesn’t let that stop it. The company makes a hickory-smoked salami-like summer sausage from “jackalope” that’s actually a not-inappropriate blend of rabbit, venison, and pork. 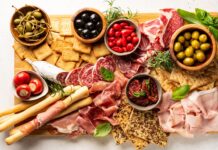