Every state has a nickname, and many have official state symbols such as animals. Some states have become well-known for certain treats. A handful of states have even passed legislation electing an emblematic dessert.

24/7 Tempo reviewed information about state official symbols and referenced the history of popular confections, specialties, and widely produced goods such as agricultural products to compile a list of iconic desserts from every state.

Some of the famous desserts on the list are popular throughout the country and a nationwide staple around the holidays or year-round.

Others, however, are just gaining popularity. The same is true for other foods, including sage and savory snacks — here are the most iconic foods every state has given the rest of the U.S. 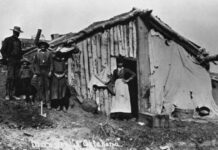