Professional athletes are often seen as one-dimensional people, singularly focused on their sport. But when given the opportunity, players can display an amusing personality. Whether they star in a hilarious commercial, poke fun at themselves in a film cameo, or crack a joke in an interview, American athletes have shown to be some of the funniest people in the public eye.

Most of the funniest athletes of all time are typically stars of their sport. Super Bowl-winning quarterbacks and NBA legends are instantly recognizable to most fans, so they are more likely to appear in a funny commercial or host Saturday Night Live.

Many of these athletes have shown enough personality during their careers that they are now making a living by acting or hosting TV shows. Charles Barkley and Shaquille O’Neal have terrific comedic chemistry on “Inside the NBA,” TNT’s basketball analysis show. Other athletes on this list have gone on to host their own podcasts, become social media sensations for their unique posts, and even become bonafide actors, starring in films and television shows.

Humor is subjective, so there is no way to objectively rank the funniest athletes. A player’s brand of comedy may not amuse everyone — especially if that player just beat a favorite team. But many athletes have consistently shown their lighter side, and those are the players we selected as the funniest of all time.

Click here to see the funniest athletes of all time. 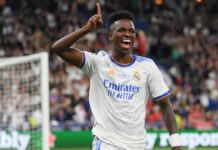