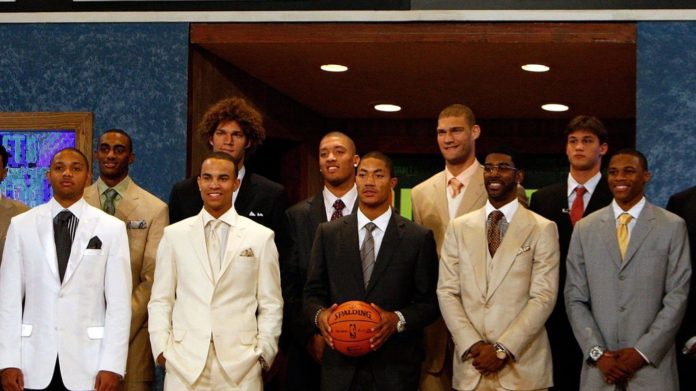 No matter how disappointing your team’s most recent season was, there is always hope that they can turn it around in the draft. Franchises have the opportunity to select young, talented players who can make a big impact and help win a championship.

There are always talented players selected near the top of every draft, but what really makes it a great draft class is the number of quality pro athletes that are available. While every team would love to pick LeBron James, realistically only one team has the chance to take him. But a strong draft class is made up of dozens of players who become successful professional athletes.

To determine the strongest draft classes in history, 24/7 Tempo used data from the Sports Reference family of sites to review the number of quality players per draft in the modern history of the four major U.S. sports leagues — the NBA, MLB, NHL, and NFL. Each league’s modern history began in the 1960s and 1970s, either with the merger between the league and its competitor, or in the case of the MLB, when the amateur draft began in 1965.

Quality players were determined by metrics that take into account the overall contribution they made to their team throughout their careers. We used approximate value for the NFL, wins above replacement for the MLB, win shares for the NBA, and point shares for the NHL.

Some truly great players are physically gifted and hard-working enough that they will be successful no matter which team selects them. Yet throughout sports history, there have been a few athletes who seemed to show relatively little promise as amateurs, but blossomed once they reached the pros. These are the best athletes to be drafted in the last round.

There have been many athletes who showed a lot of promise, but never seemed to achieve their full potential, whether it was due to injury, off the field issues, or they were simply vastly overvalued in the draft process. These are the most disappointing draft picks of all time.