One of America’s favorite directors teamed up with one of the country’s top actors to create the 2002 sci-fi action flick “Minority Report.” Critic Roger Ebert praised the film for perfectly balancing action with ideas, which may have something to do with the strength of the movie’s source material, written by author Philip K. Dick. Spielberg and Cruise would team up again for the less critically successful “War of the Worlds” (2005). 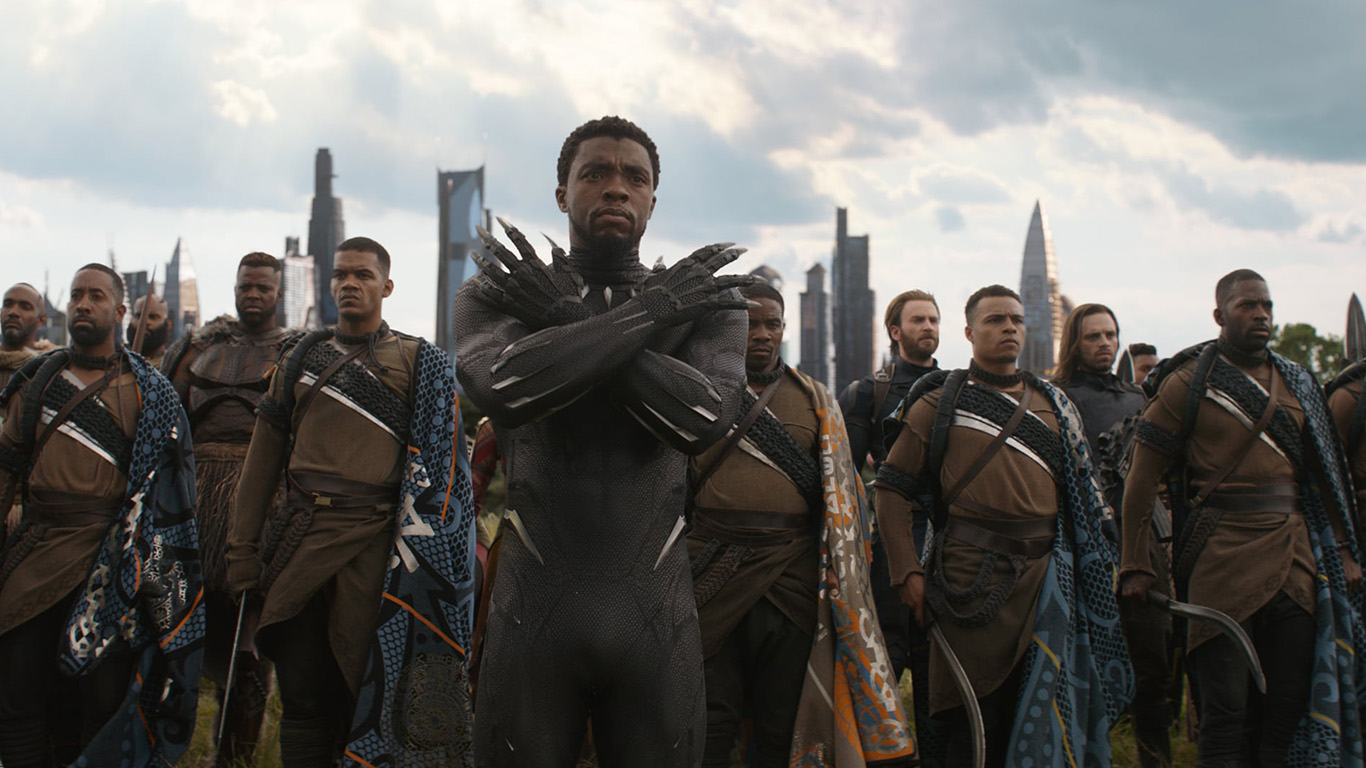 24/7 Tempo
Movies With the Biggest Weekends Ever

“Sicario” deals with both the criminal and law enforcement sides of the U.S.-Mexico drug wars — and everything in between. Anchored by performances by Emily Blunt, Benicio Del Toro, and Josh Brolin, the movie won over 92% of critics and 85% of audiences on Rotten Tomatoes and spawned a sequel — “Sicario: Day of the Soldado” — in 2018.

Director Edgar Wright shared glimpses of his action chops in his earlier movies such as “The World’s End” (2013), but he didn’t fully engage the genre until “Baby Driver.” This movie about a gifted getaway driver — fueled by his eclectic musical taste — was widely praised by critics, who gave it a 93% Freshness rating on Rotten Tomatoes. It is also Wright’s most financially successful directorial effort.

Released in 1960, “The Magnificent Seven” is the oldest film on the list of best action movies. The feature takes the plot of Akira Kurosawa’s hugely influential “Seven Samurai” and places it in the Wild West, where seven hired guns must protect a village from a ruthless bandit. The movie was remade in 2016 with Denzel Washington, Chris Pratt, and others.