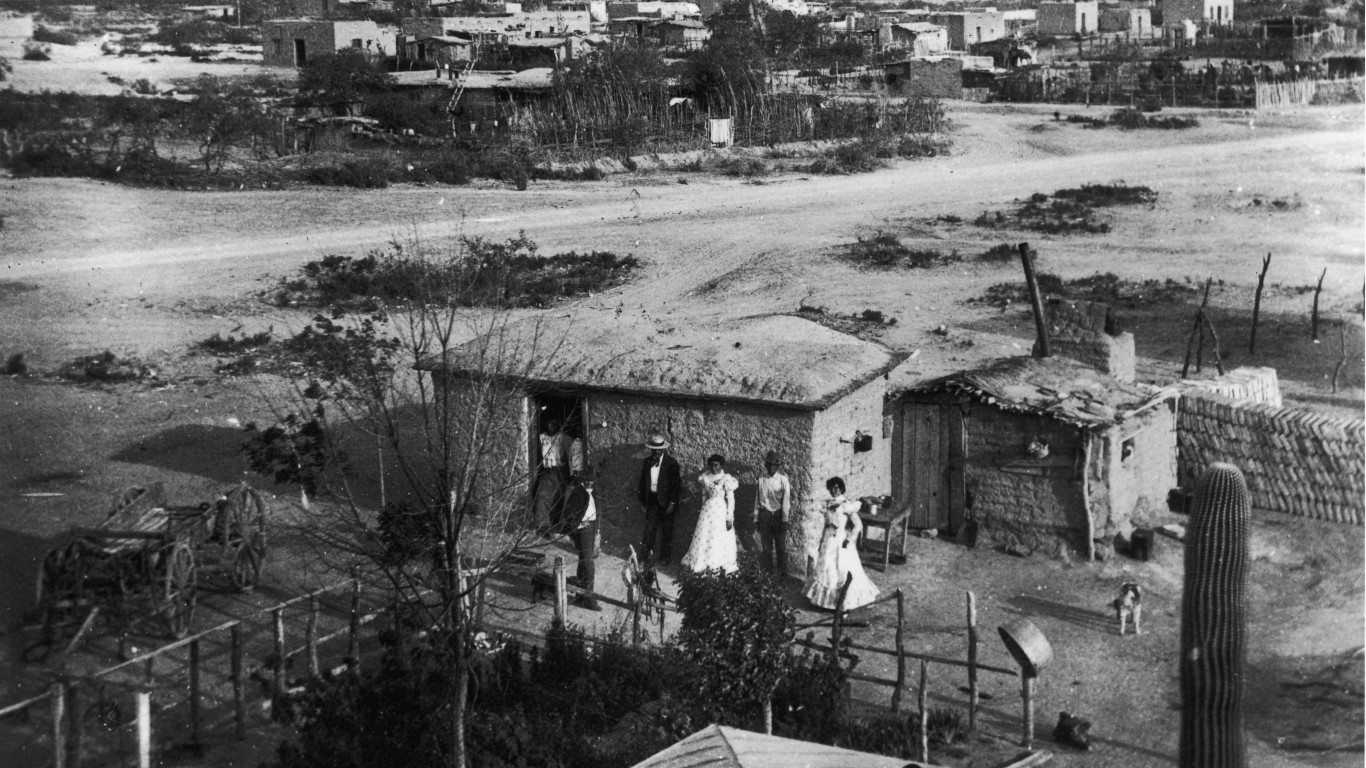 There is little information available about this photograph, other than the names of three of the seven people pictured (there appear to be two just inside the doorframe). They are described as “A.S Jones and Mexican friends Tony Salas and Maria Rodriguez standing outside of their home.” The house, apparently on the outskirts of town, is made from adobe brick. 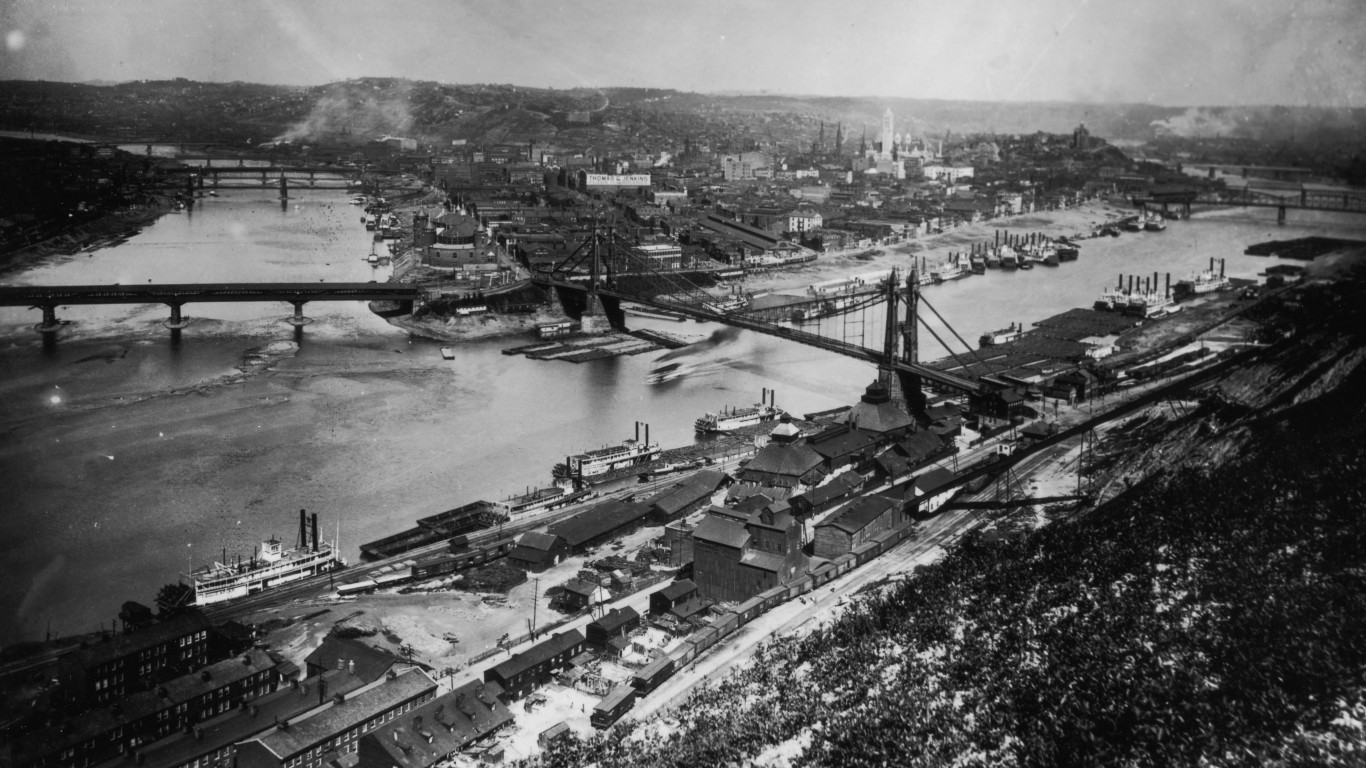 1890: The confluence of the Allegheny and Monongahela rivers

The 981-mile-long Ohio River flows through or along the border of six states before emptying into the Mississippi River in southern Illinois. This aerial view shows the point at which the Ohio forms, at the confluence of the Allegheny and Monongahela rivers, at what is now Point State Park in Pittsburgh. 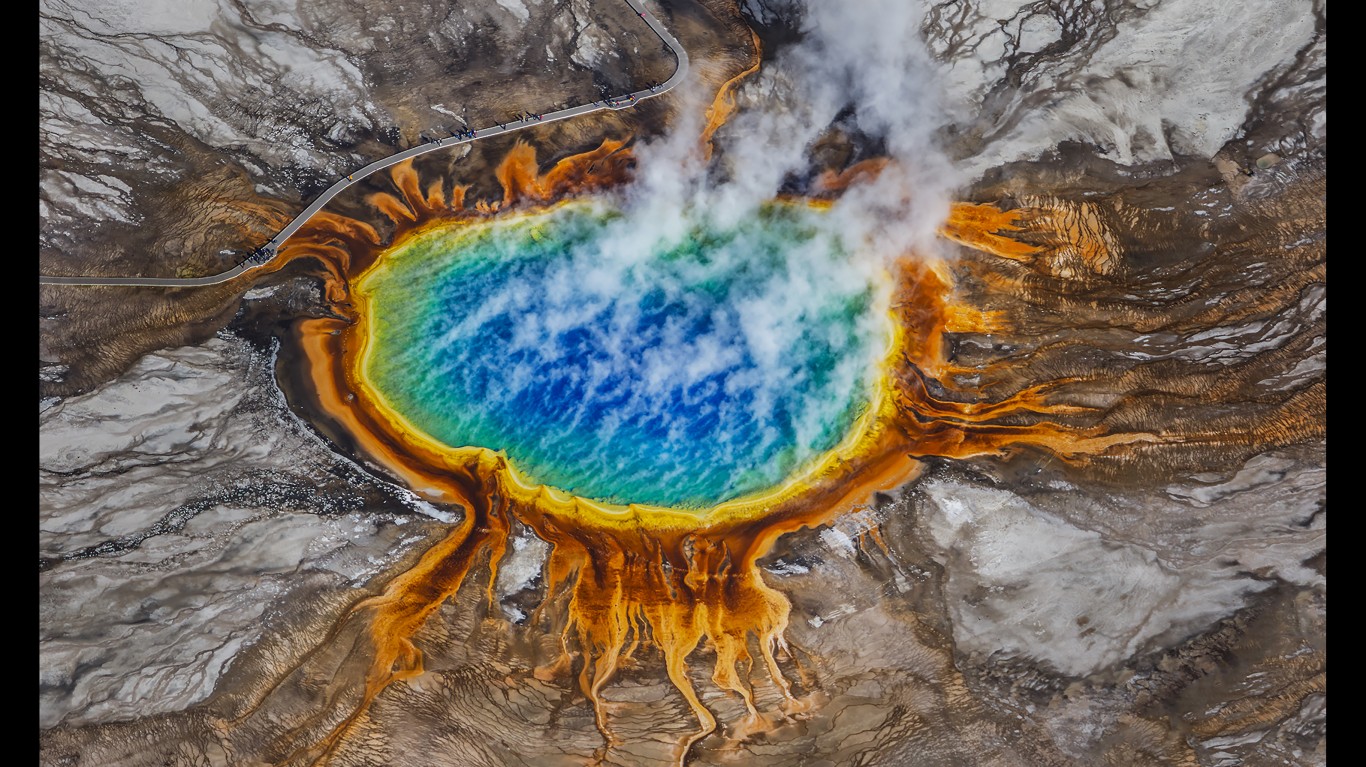 24/7 Tempo
The Most Beautiful Natural Wonder in Every State 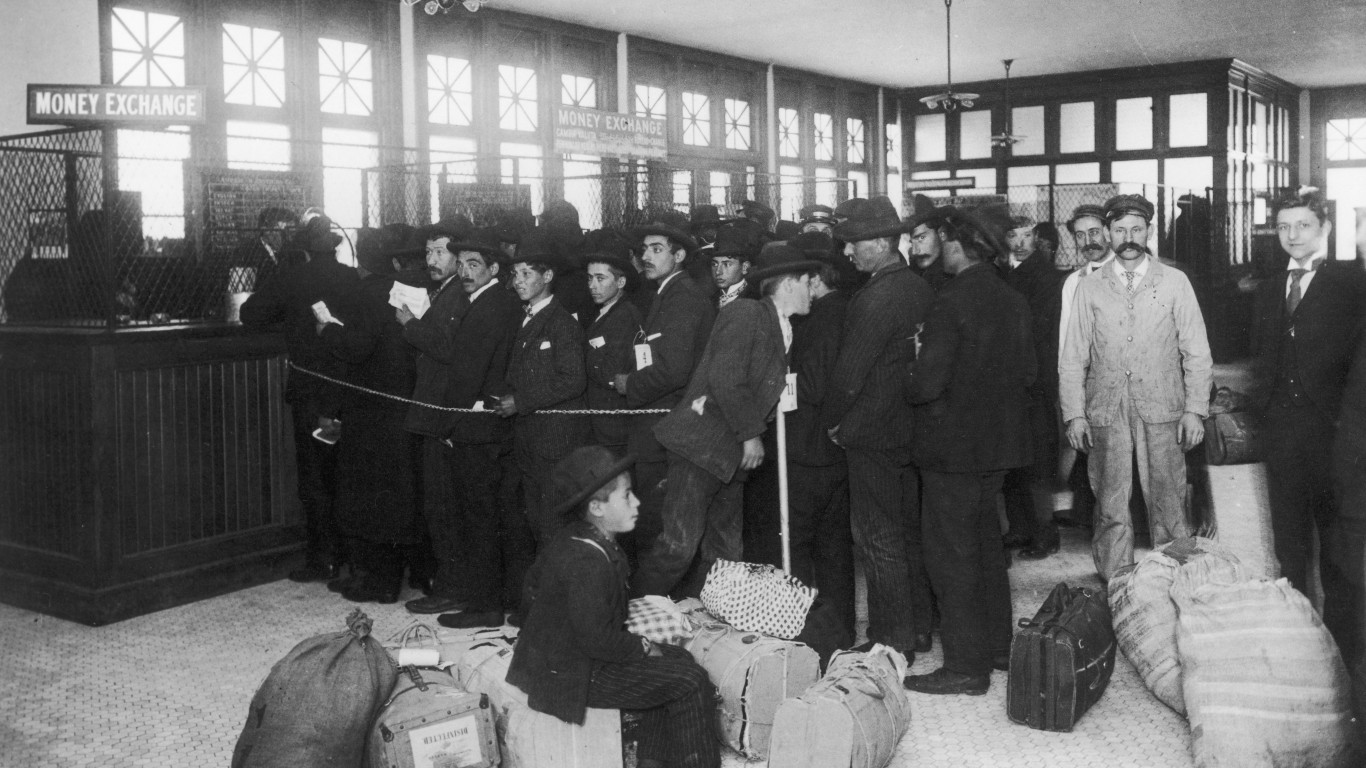 The first immigration station in New York was established at Castle Clinton at the southern end of Manhattan. Construction of a new facility began on Ellis Island, off the coast of New Jersey, in 1890, and the U.S. government opened the Ellis Island Immigration Station on Jan. 1, 1892. Once an immigrant had been admitted to the country, the next stop was this Money Exchange, where foreign currencies, gold, and silver could be converted into American dollars. The rate of exchange varied from day to day and was inscribed on a blackboard. 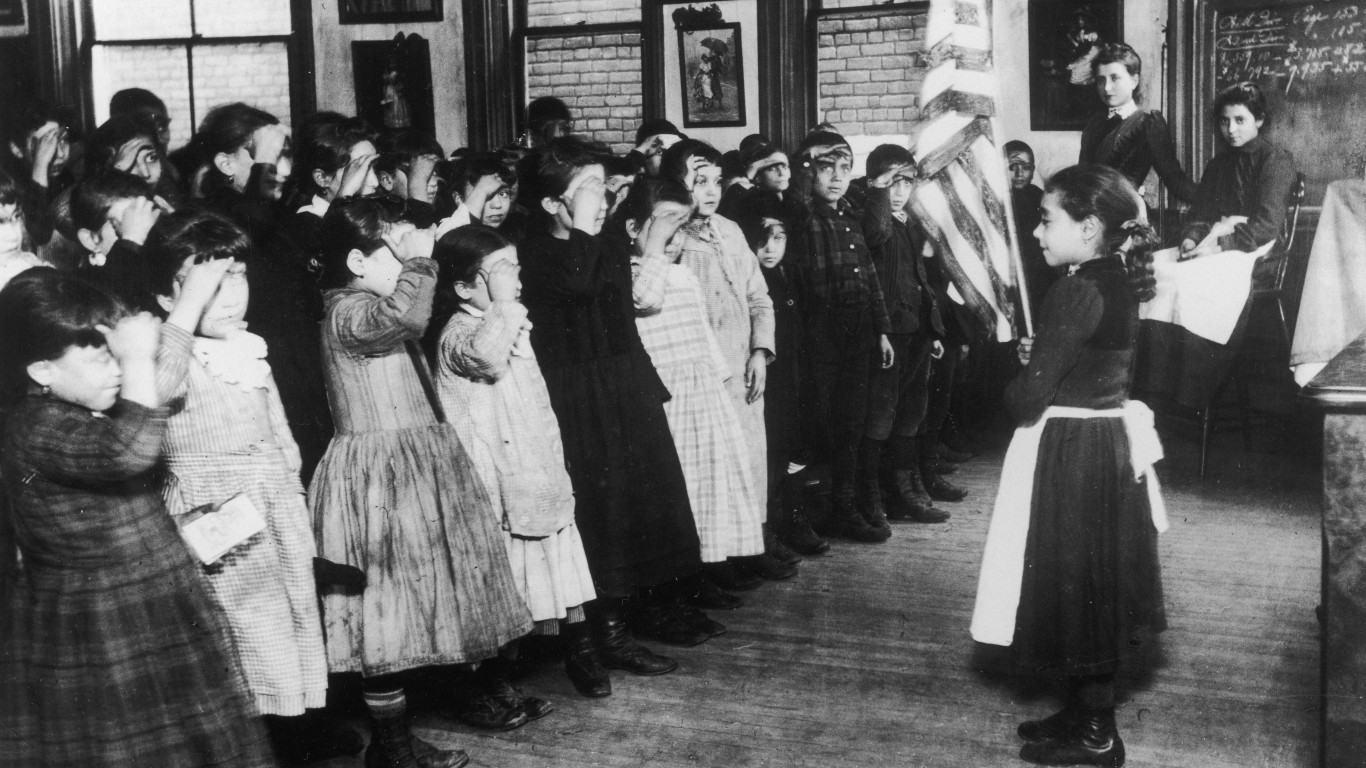 The Danish-American journalist and social activist Jacob Riis was also a serious photographer, taking many images of New York tenement life and other scenes. This is his photograph of young school children saluting the American flag at the Fourteenth Ward Industrial School on Mott Street, in the Manhattan neighborhood now called Nolita. The school was sponsored by millionaire John Jacob Astor III. 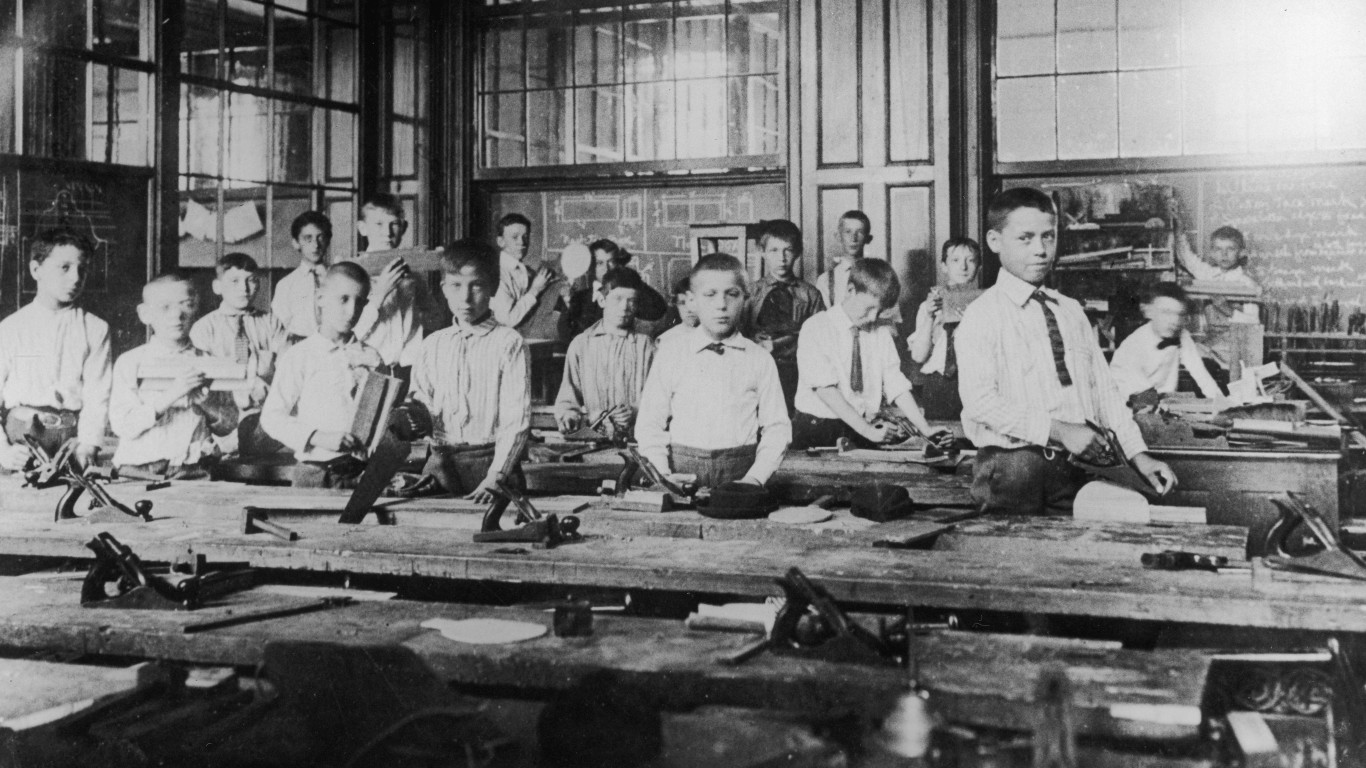 This image of schoolboys studying woodworking in a manual training class at an unnamed school in New York City might have been taken by Jacob Riis. The manual training movement, which grew popular in the 1870s, wasn’t geared towards any particular trade but was based on the idea that teaching the skills associated with wood- and metalworking would improve not only hand-eye coordination but also powers of observation and judgment among students.