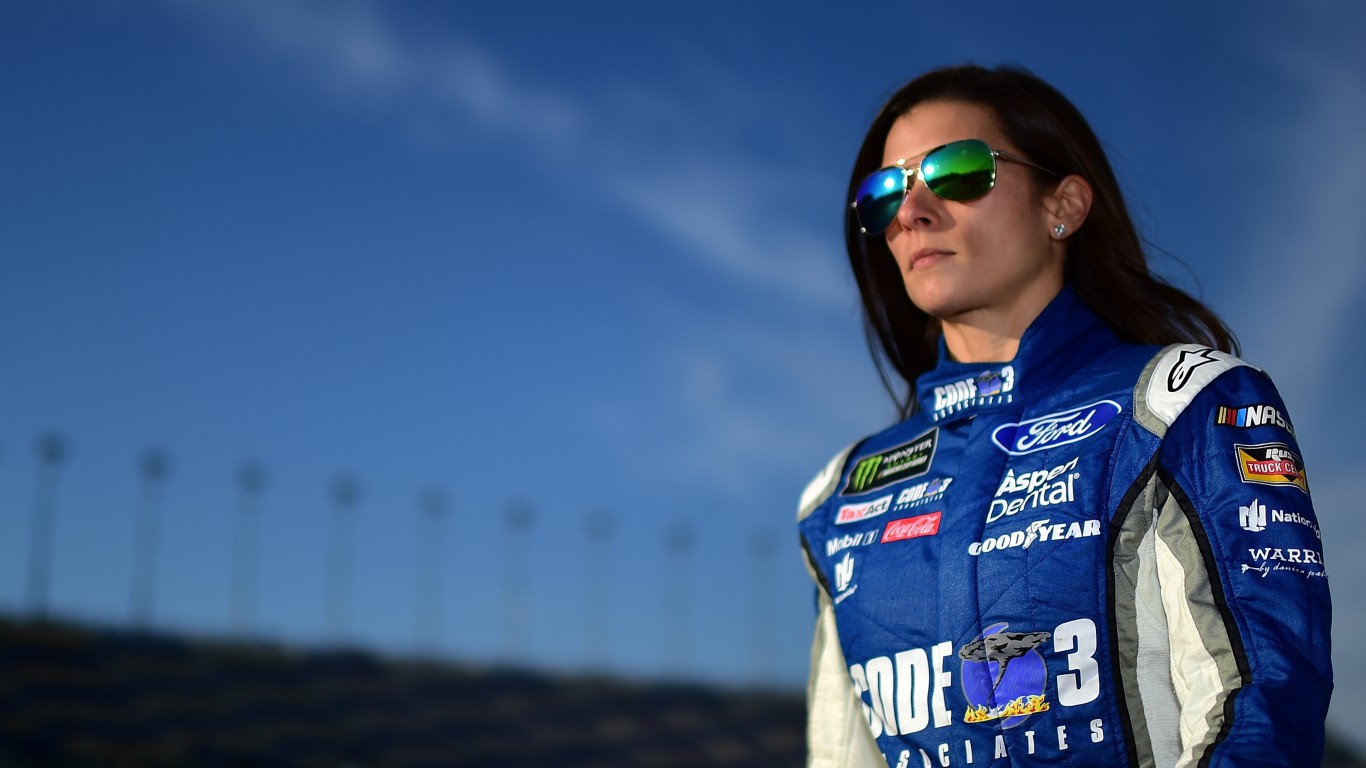 The demure, 5-foot-2, 100-pound race car driver doesn’t let her size stop her from confronting her peers. In the NASCAR world, where one wrong move could result in a crash, Danica Patrick isn’t shy about telling her competitors how she feels, and in colorful language. She once got into it with racing legend Dale Earnhardt, who she blamed for a wreck at a Kentucky speedway. Her team got a taste of her anger when she hurled obscenities at them after that crash in 2015. At another meet in Daytona, she laced into fellow driver Denny Hamlin after her car crashed. She even wrecked the cars of her boyfriend, racer Ricky Stenhouse, Jr., during races in 2013. 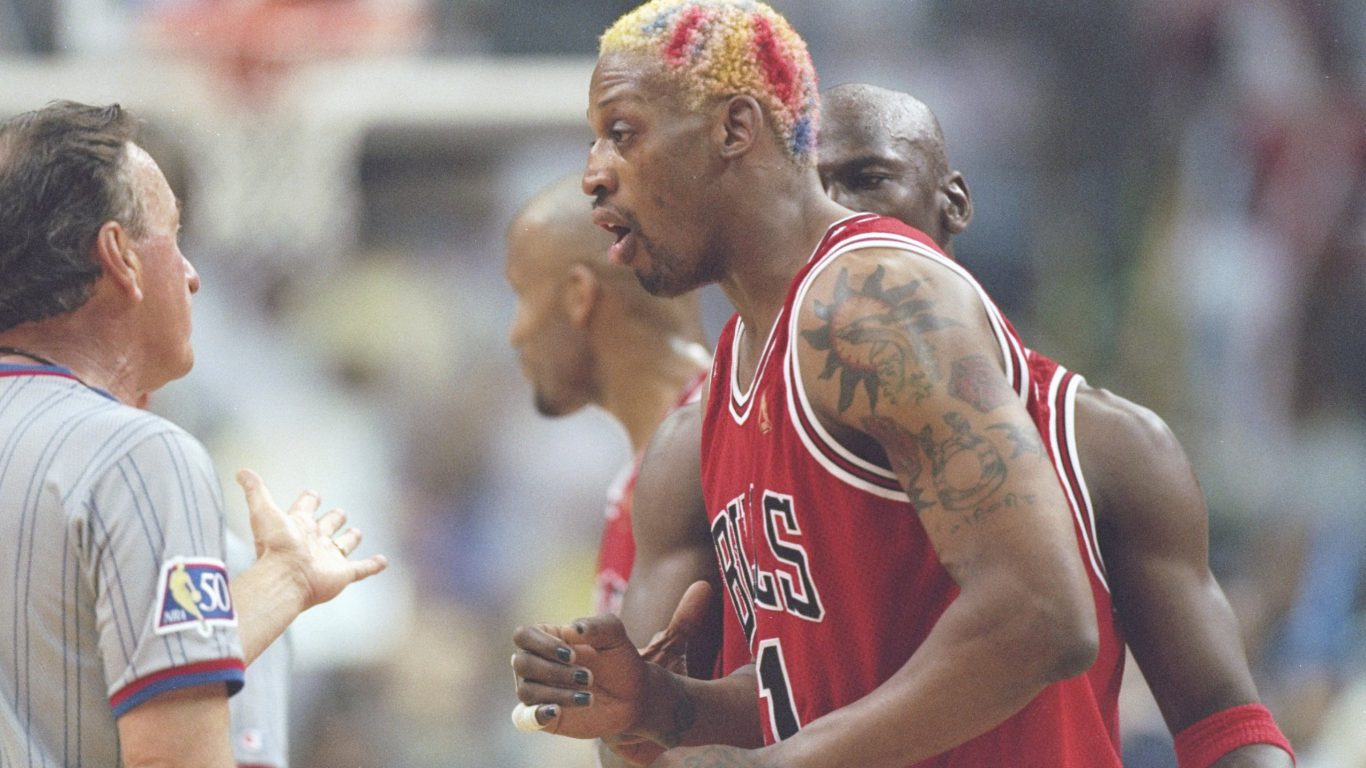 With his ever-changing hair colors and outsized personality, Dennis Rodman was known equally for his rebounding ability and his scuffles with officials and others. In 1996, he was suspended for six games and fined more than $203,926 for head-butting a referee. He was so incensed by hius subsequent ejection that he ripped off his shirt and berated the referees. A year later, he kicked a cameraman after he tripped in a game against the Timberwolves. Besides a 11-game suspension, Rodman had to pay a $25,000 fine to the NBA and a $200,000 settlement to the cameraman. 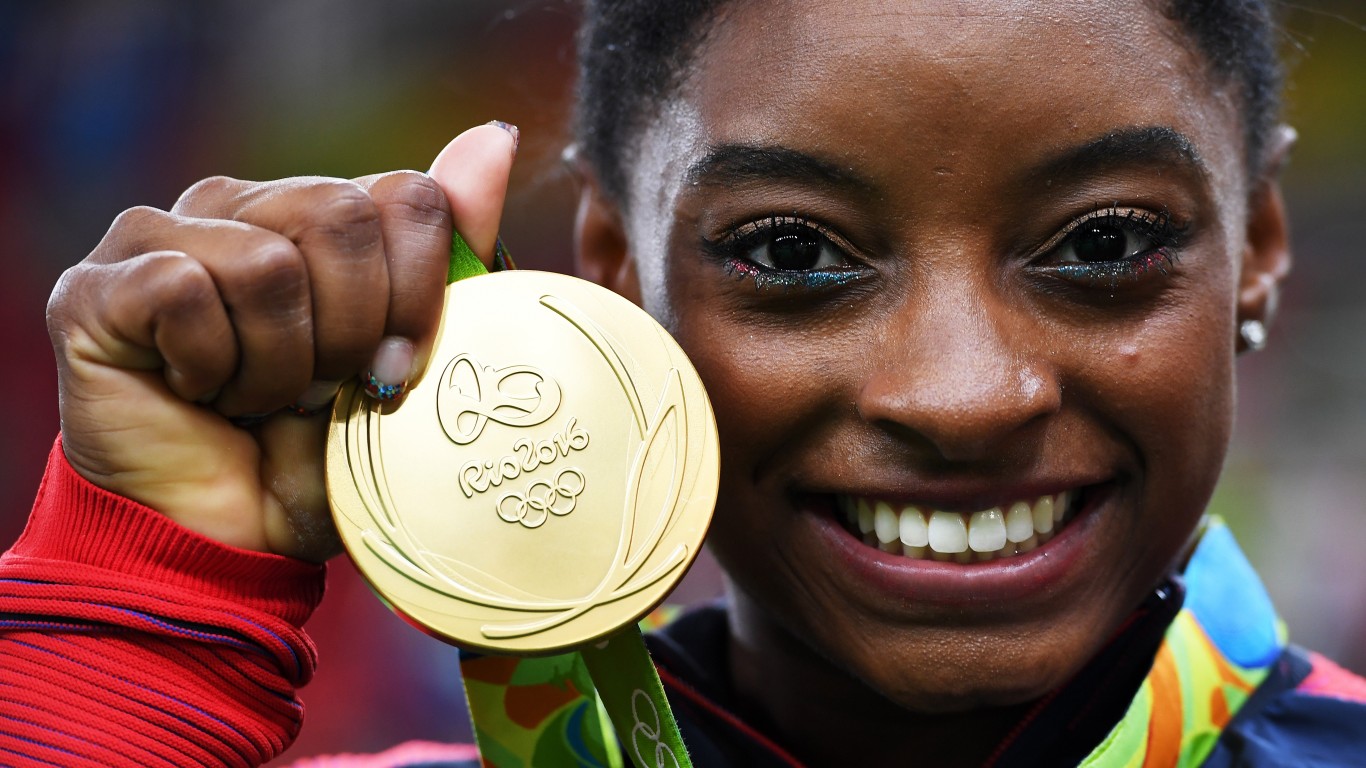 24/7 Tempo
40 Most Successful Athletes Of The 21st Century 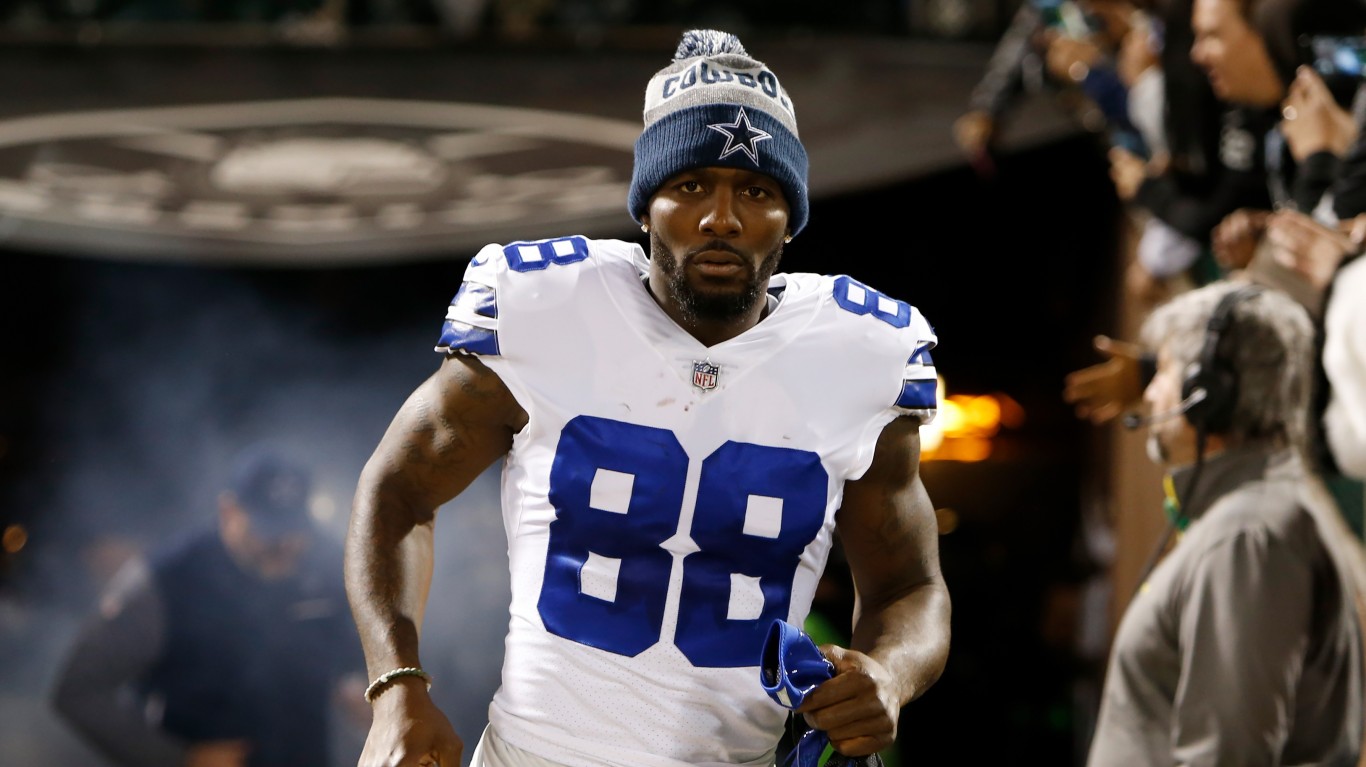 Dallas Cowboy wide receiver Dez Bryant has a history of throwing tantrums. In a game against Detroit in 2013, Bryant was seen screaming on teammates. Later, he explained, “My passion is always positive.” At another game the same year against Minnesota, Bryant was tagged with an unsportsmanlike penalty for yelling at the referees after a pass interference call. An ESPN article reported Bryant had an alleged violent confrontation with his mother. The article points out his emotional outbursts may be due to an unstable environment growing up. In 1997, when he was 8, his mother was arrested for selling crack cocaine and served 18 months in jail. In 2009, she was arrested again on drug charges in 2009, but got away with 10 years’ probation. 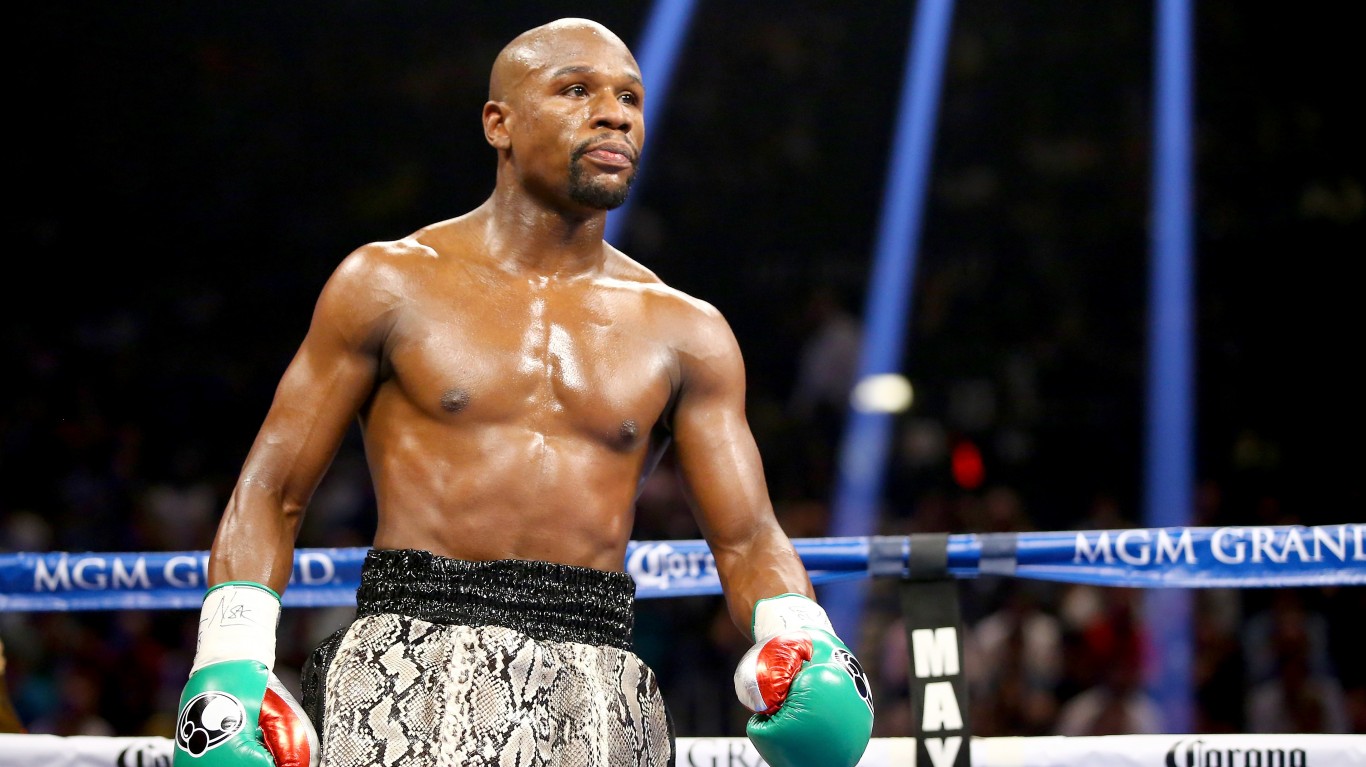 During a press conference publicizing their upcoming exhibition match last year, boxer Floyd Mayweather Jr. and YouTube star Logan Paul started the fight early. The two exchanged some not-so-pleasant words after Paul swiped Mayweather’s hat. That provoked the boxer to hurl a few jabs and death threats at Paul. Outside the ring, Mayweather served 90 days in prison in 2011 for abusing the mother of his three children and allegedly has had run-ins with other girlfriends. 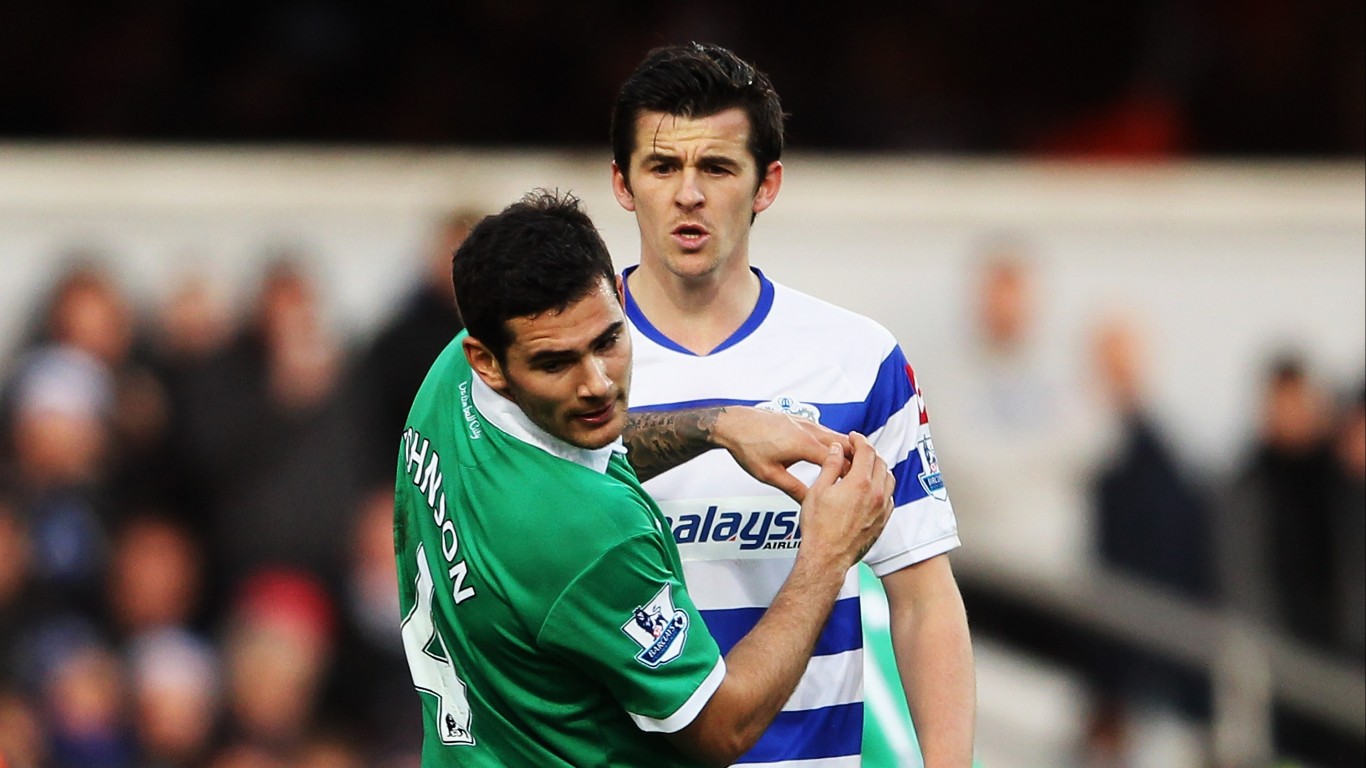 Soccer star Joey Barton has retired from the pitch, but the QPR, Newcastle, and Man City infielder left behind an indelible reputation as a brawler. Twice convicted and jailed for violent crimes and charged with violent behavior by the Football Association three times, Barton has also reportedly been responsible for assaulting young fans and for illegal hits on opponents.