Something compels the makers of jelly beans to go a little crazy when they come up with new flavors. Black pepper, sausage, and popcorn are among the possibilities — not to mention (really) dead fish, canned dog food, and stinky socks. Bearing grotesqueries like those in mind, bacon-flavored jelly beans don’t really seem so out of line. But, hey, what’s wrong with cherry, orange, or cinnamon?

The self-described “small but nimble family-owned” Adagio Teas company makes a bacon-flavored tea that involves no bacon, not even some artificial essence. It’s based on the fact that Lapsang Souchong tea, grown in China’s Fujian Province, is notoriously smoky in character — to the point that it is sometimes called “smoked tea.” Apparently worried that Lapsang Souchong wasn’t smoky enough, Adagio blended it with black tea, apples, caramel and caramel apple flavors, and cinnamon bark to amplify the effect, and bestowed upon the results that magical word, “Bacon!” Now maybe some artisanal bacon-maker will produce a bacon called “Lapsang Souchong!” 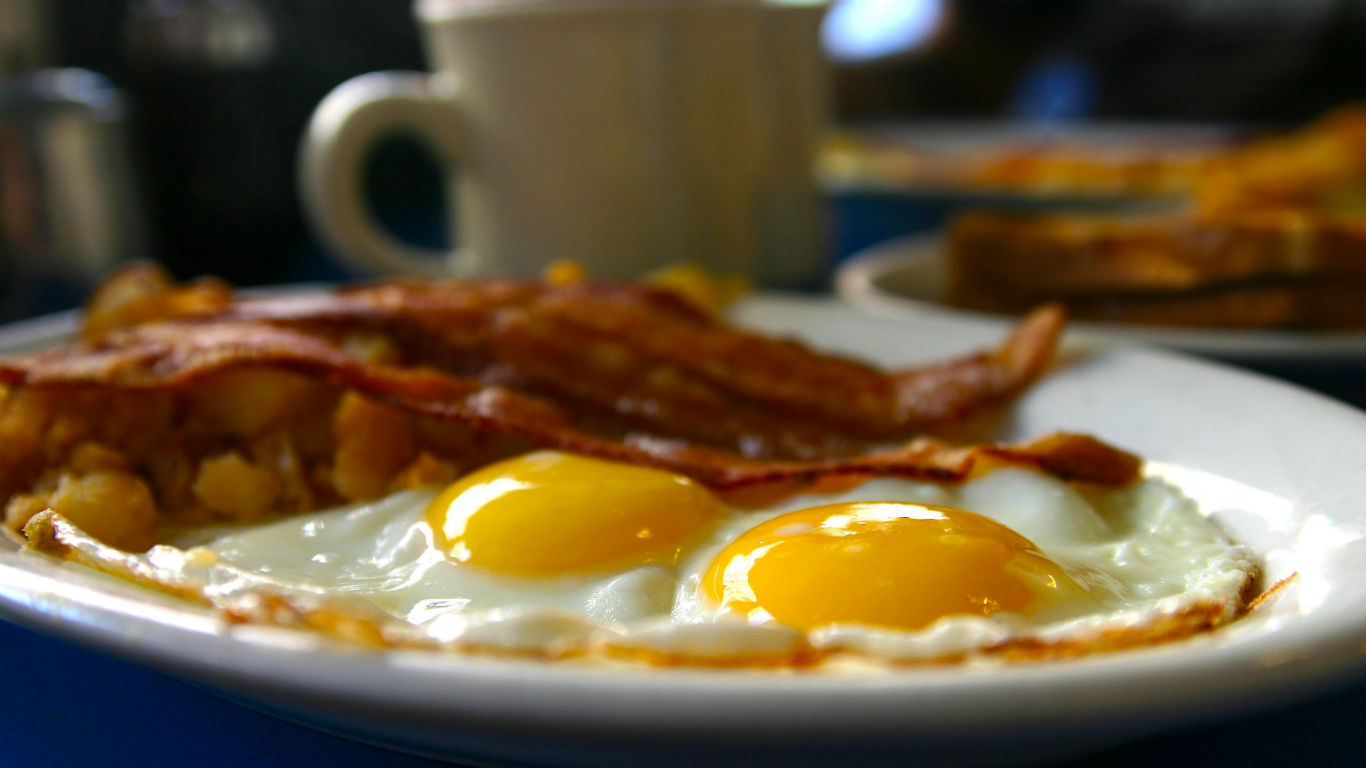 If just eating or drinking something flavored with bacon (or with bacon flavoring) isn’t enough for you because the sensation disappears too quickly, these gumballs might be for you. Pop one these bright red coated spheres of bacony chewing gum into your mouth and let the flavor flood your taste buds until you’ve masticated it all away. Then make your dentist happy and clean your teeth with Archie’s bacon floss.

Hot sauce is pretty good with bacon and eggs, and some have been known to add it to a BLT or grilled cheese and bacon sandwich. If your hot sauce comes already enhanced with bacon (or at least with “natural flavor” that mimics it), though, why would you need the bacon itself? And you know you want the bacon.

Produced by Seattle-based Black Rock Spirits (the company’s other brand is Sparkle Donkey Tequila), Bakon Vodka is a potato-based spirit, redistilled with a bacon infusion. Its porky flavor is said to enhance Bloody Marys. Maybe so. And maybe, as the Bakon website claims, mixing savory ingredients with alcohol is a time-honored practice (the company cites 17th-century savory ales). But if you want meat in your cocktail, why not just order that popular Mad Men-era cocktail, the Bullshot — vodka with beef bouillon or consommé, spiked with a dash or two of Worcestershire sauce and sometimes Tabasco. Sounds weird? It is. So maybe think twice about vodka with cured, smoked meat.