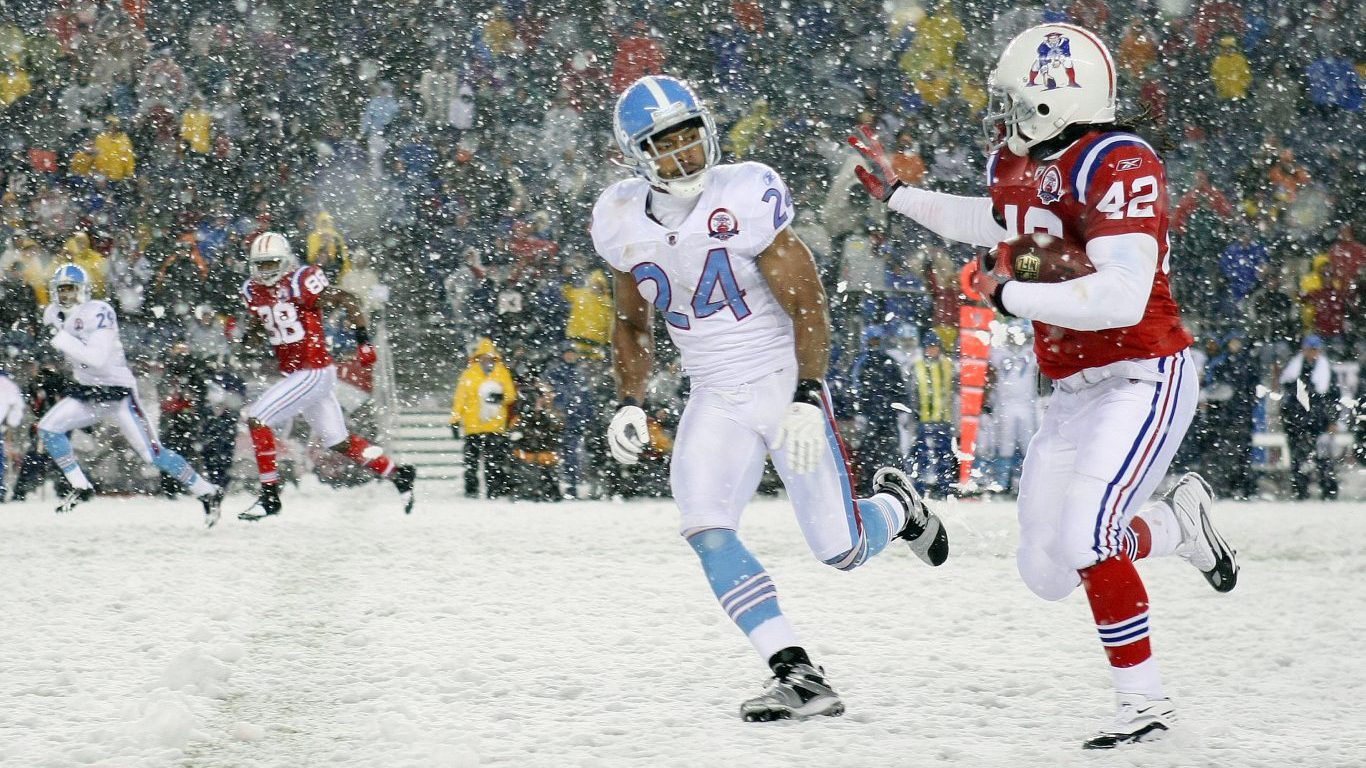 Cold, snowy, and playing on wet ground, the Oct. 18, 2009 game between the New England Patriots and the Tennessee Titans is certainly memorable. The Patriots slayed the Titans 59-0. Tom Brady went down in history during this game for throwing the most touchdown passes in a quarter, with five. The Titans, meanwhile, finished with negative passing yards. The score could have gotten even uglier, but Brady was pulled early in the second half. 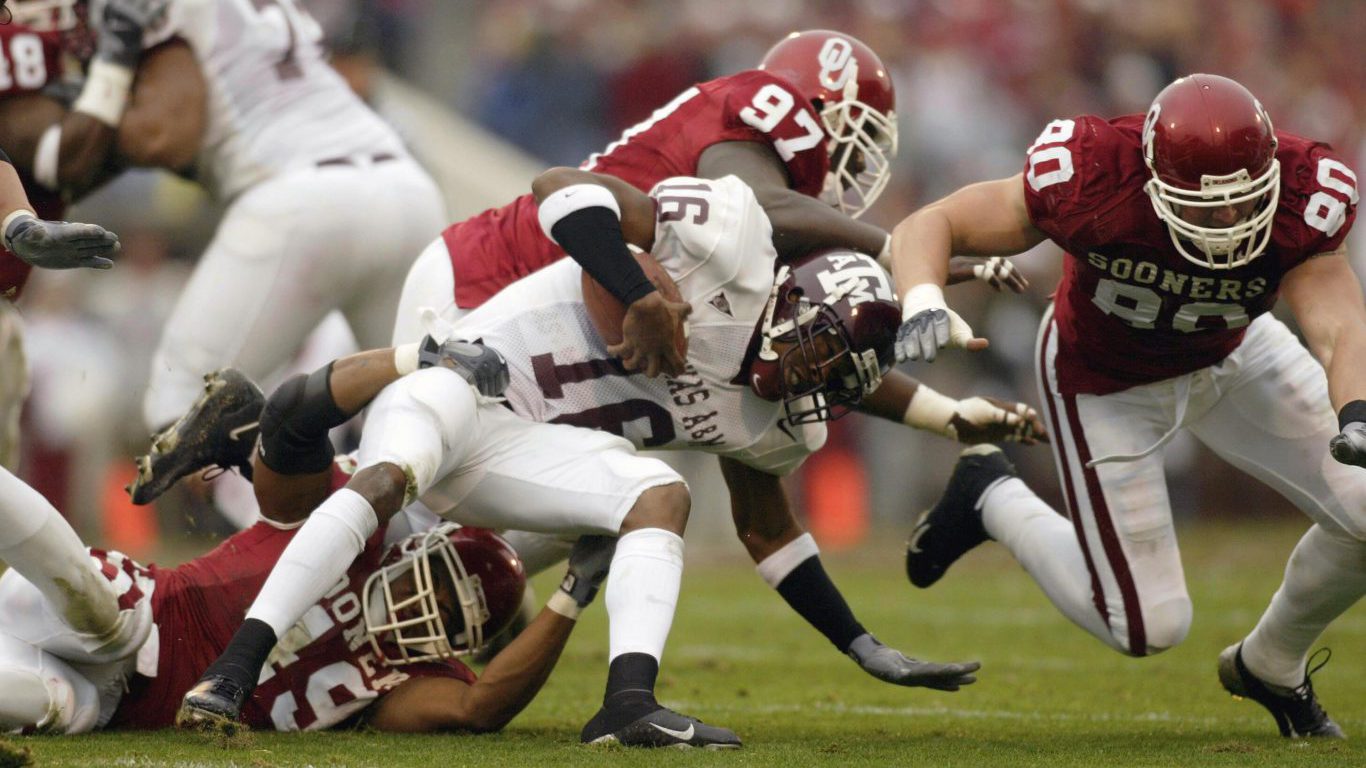 The Nov. 8, 2003 game between Oklahoma and Texas A&M was a complete blowout. This was a payback of sorts as Texas A&M thwarted Oklahoma’s chance at a national title in the previous season. Oklahoma prevailed 77-0 over Texas A&M. Jason White tied the school’s record with five touchdown passes — all in the first half. Ten of Oklahoma’s first 11 offensive possessions were touchdowns. Texas A&M had no success offensively. In addition to being shut out, the Aggies had more penalty yards, with 63, than offensive yards at 54.

The Chicago Bears triumphed over the Washington Redskins, 73-0, on Dec. 8, 1940 in the NFL Championship Game. The end result was a complete surprise as the Bears actually lost to the Redskins three weeks before, 7-3. Chicago scored in the first minute and didn’t stop until the final gun. Fun fact: practice balls were used to finish the game because the Bears kicked every game ball they had in the stands on extra points.

Michigan’s 78-0 blowout over Rutgers in 2016 is the biggest blowout that an FBS team has ever received. The Wolverines rushed for 486 yards and nine touchdowns, while the Scarlet Knights had just 39 yards total. Rutgers couldn’t even manage to get a first down until the fourth quarter and punted 16 times by the time the game was over. 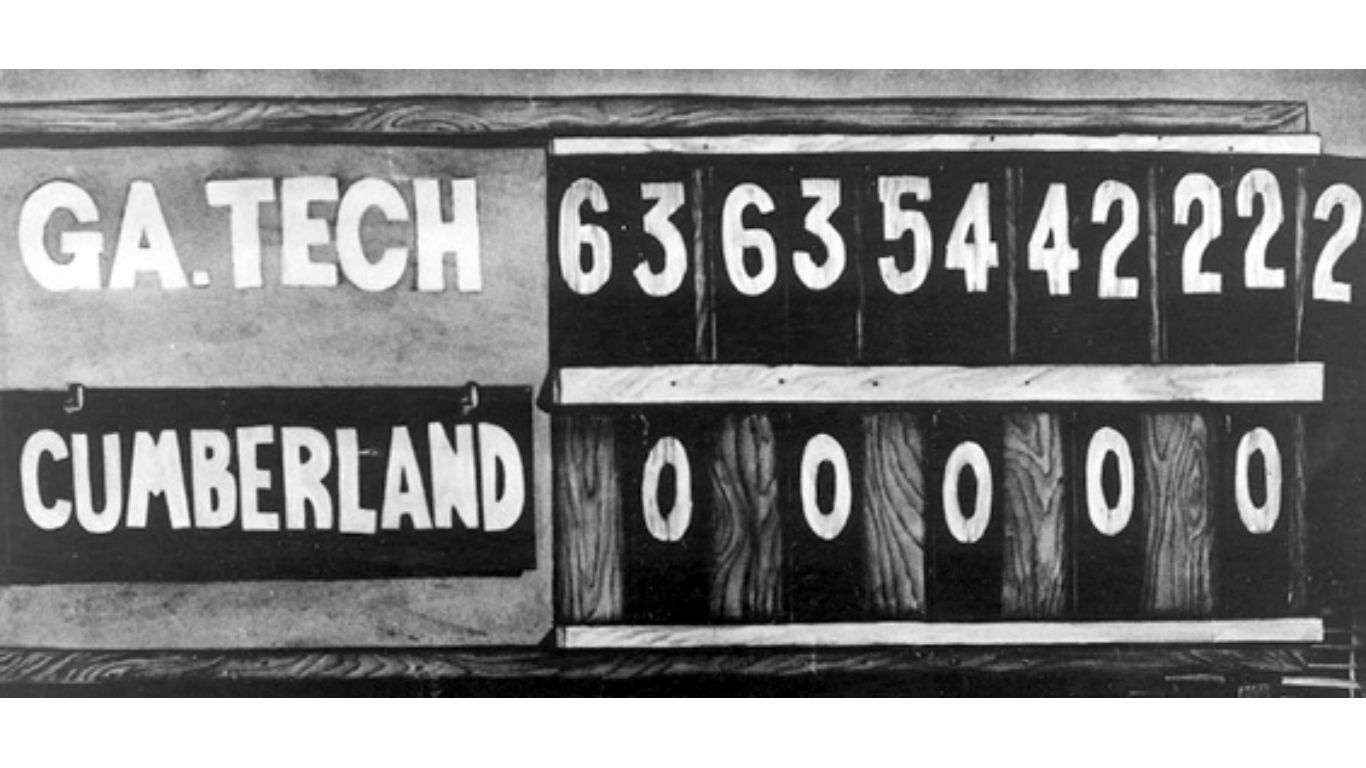 In 1916, Georgia Tech demolished Cumberland College, 222-0. Cumberland reportedly shut down its football team before the game was played, but Georgia Tech — allegedly upset about Cumberland beating their baseball team 22-0 — demanded Cumberland honor their previously scheduled game, so Cumberland sent a hastily assembled crew and it showed. Georgia Tech scored 32 touchdowns overall. Cumberland, on the other hand, had 15 turnovers — nine fumbles and six interceptions. Georgia Tech’s head coach was John Heisman. If that name sounds familiar, it is because the award for the best college football player in the country is named in his honor.