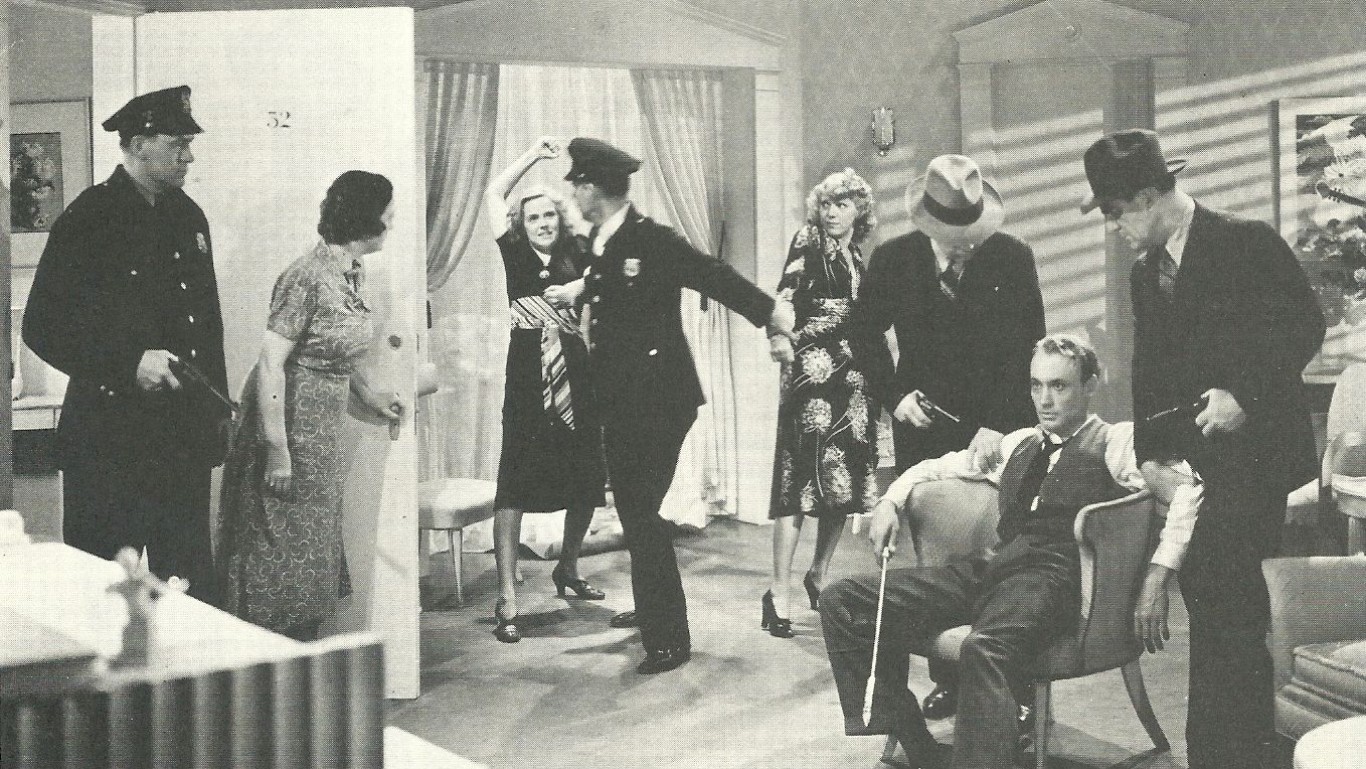 This campy slice of anti-pot propaganda was re-cut for the exploitation market and later embraced as a work of unintentional satire. Follow three innocent teens into the world of reefer cigarettes and contemporary jazz music. Their addiction gives way to various forms of illicit behavior, including murder. 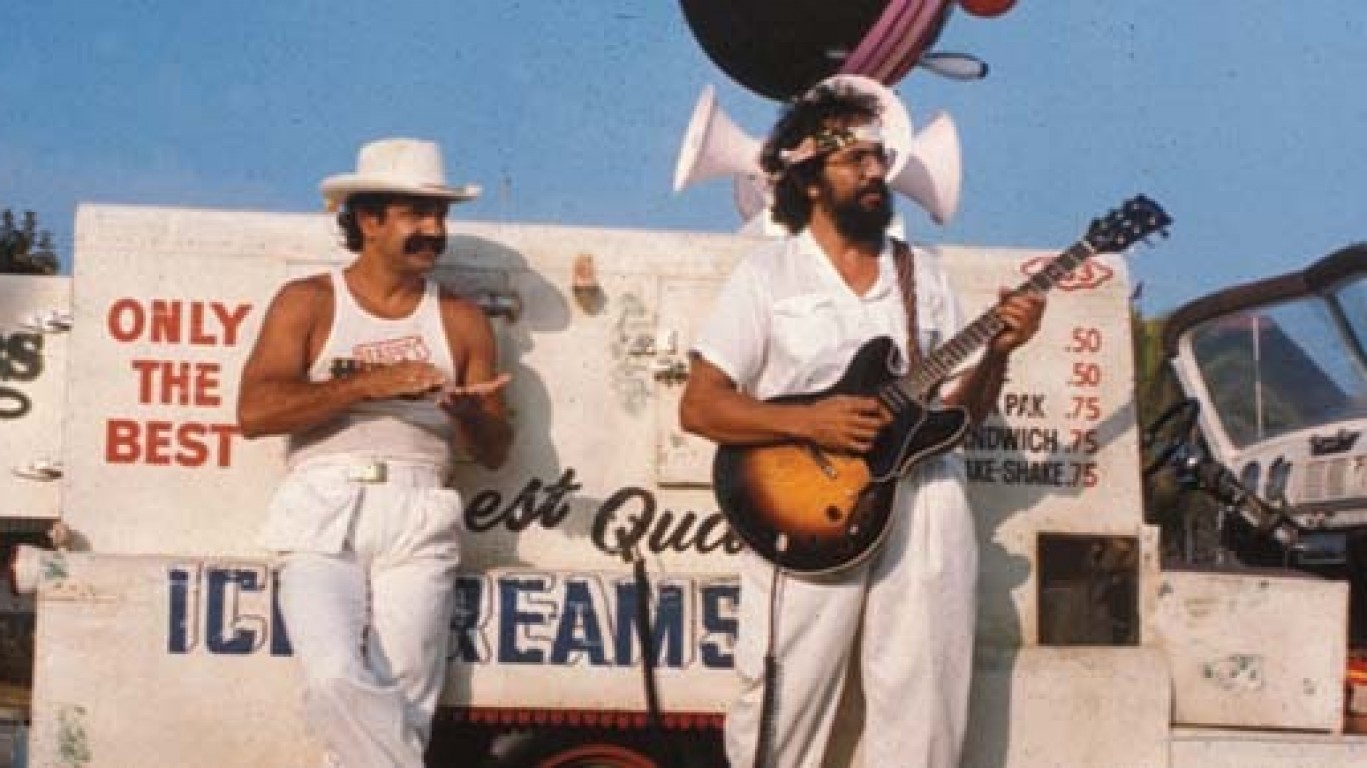 Stoner legends Cheech and Chong return for their third feature film, in which they sell pot out of an ice cream truck. When a new strain turns smokers into lizards, their profitable business comes crashing down. LSD guru Timothy Leary makes a brief cameo. 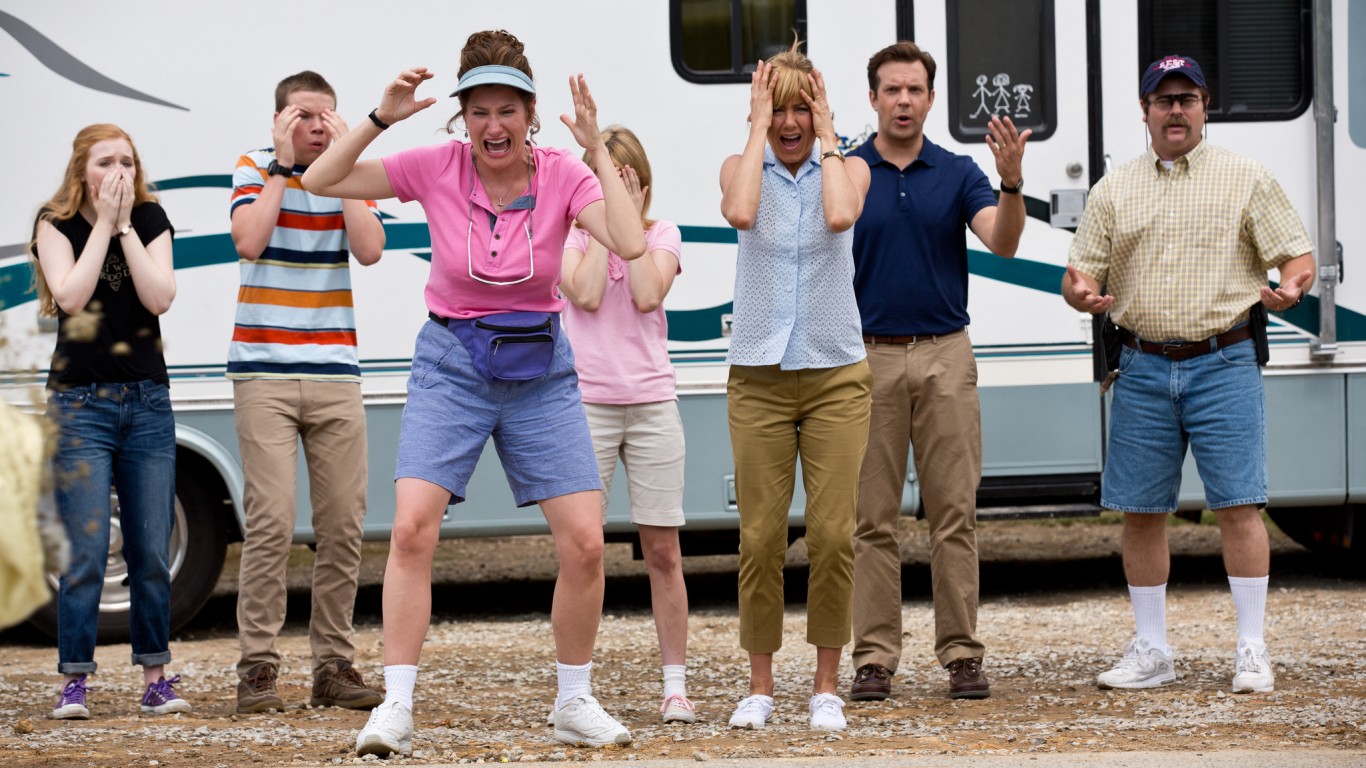 Tasked with moving large amounts of pot across the border, a small-time dealer (Jason Sudeikis) recruits a group of misfits as a makeshift family. The road trip that follows combines outrageous comedy with occasional character-building. It earned just under $270 million at the worldwide box office. 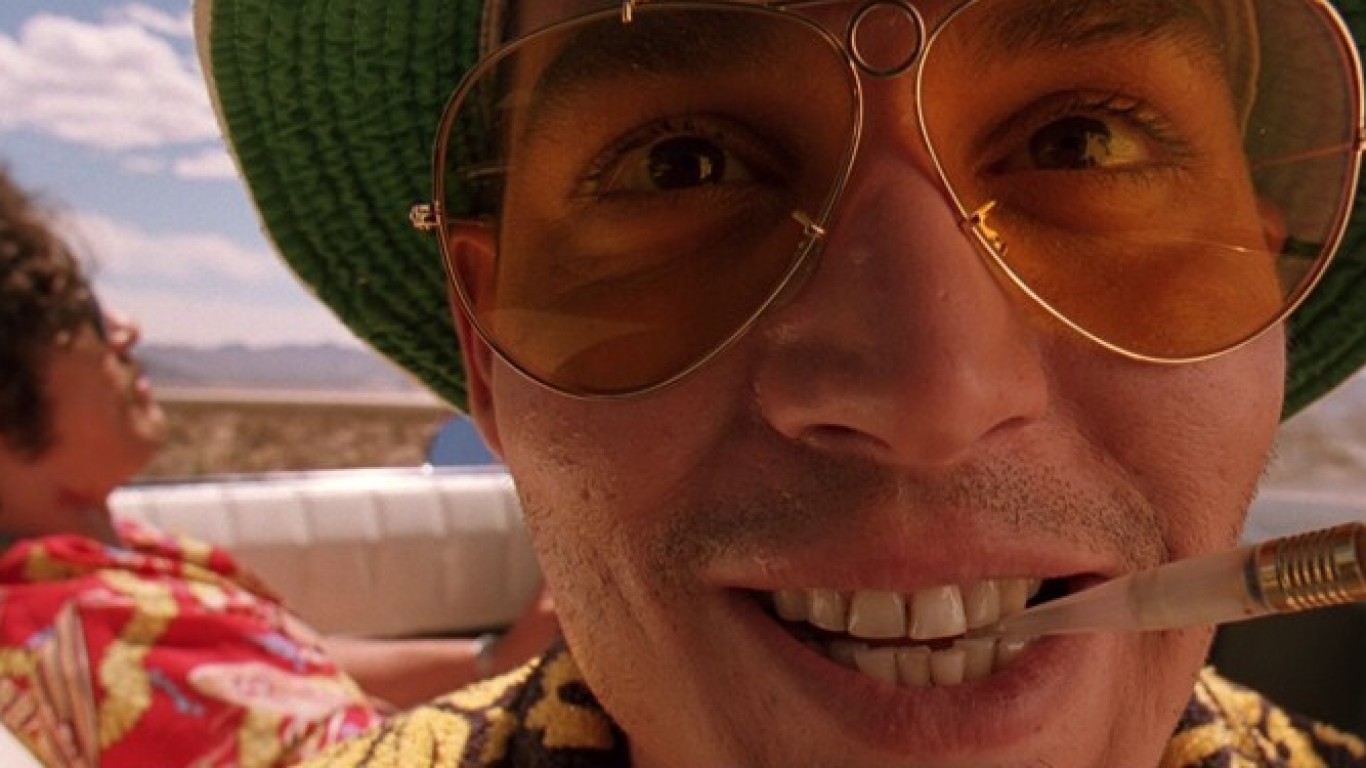 Marijuana is but one among a legion of drugs to appear in this big screen adaptation of Hunter S. Thompson’s seminal novel. To quote Thompson (played by Johnny Depp) directly, he travels to Las Vegas with “two bags of grass, seventy-five pellets of mescaline, five sheets of high-powered blotter acid, a salt shaker half full of cocaine, and a whole galaxy of multi-colored uppers, downers, screamers, laughers…and also a quart of tequila, a quart of rum, a case of Budweiser, a pint of raw ether, and two dozen amyls.” 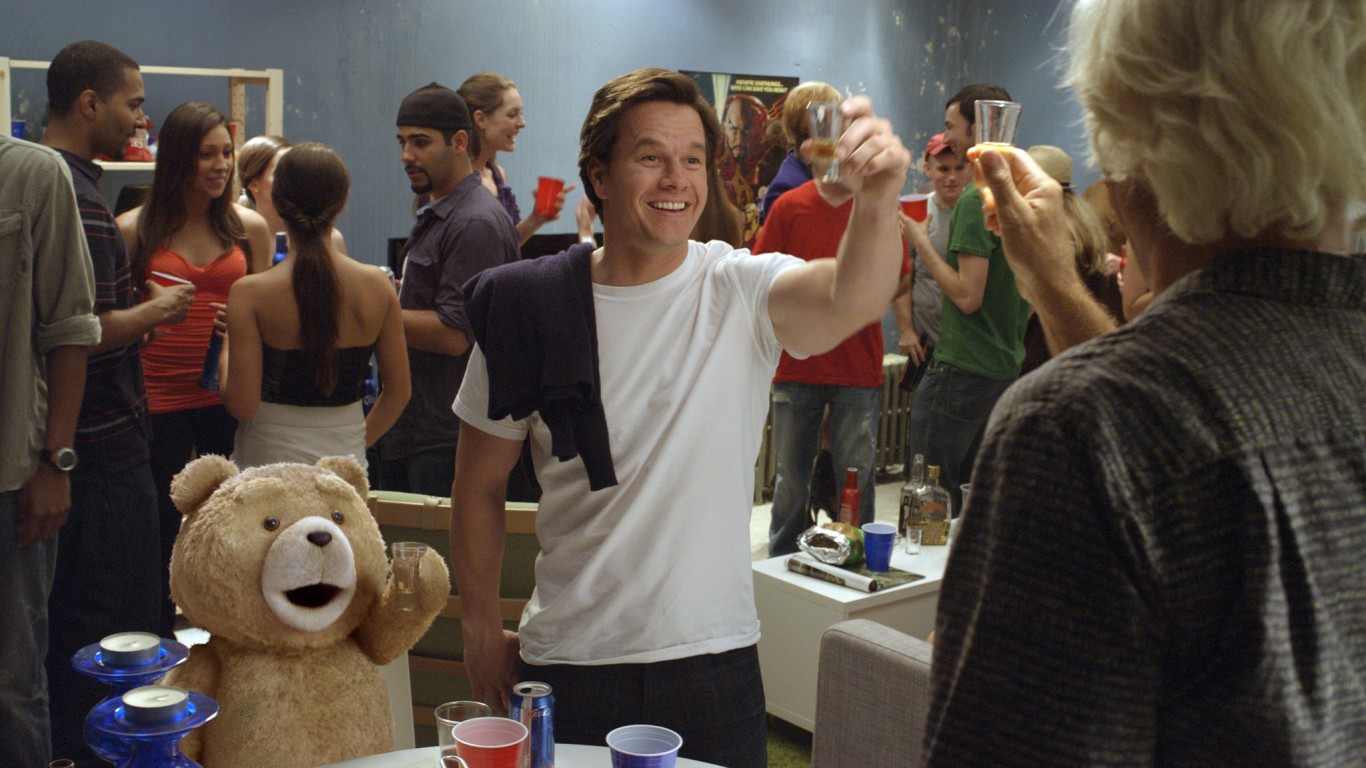