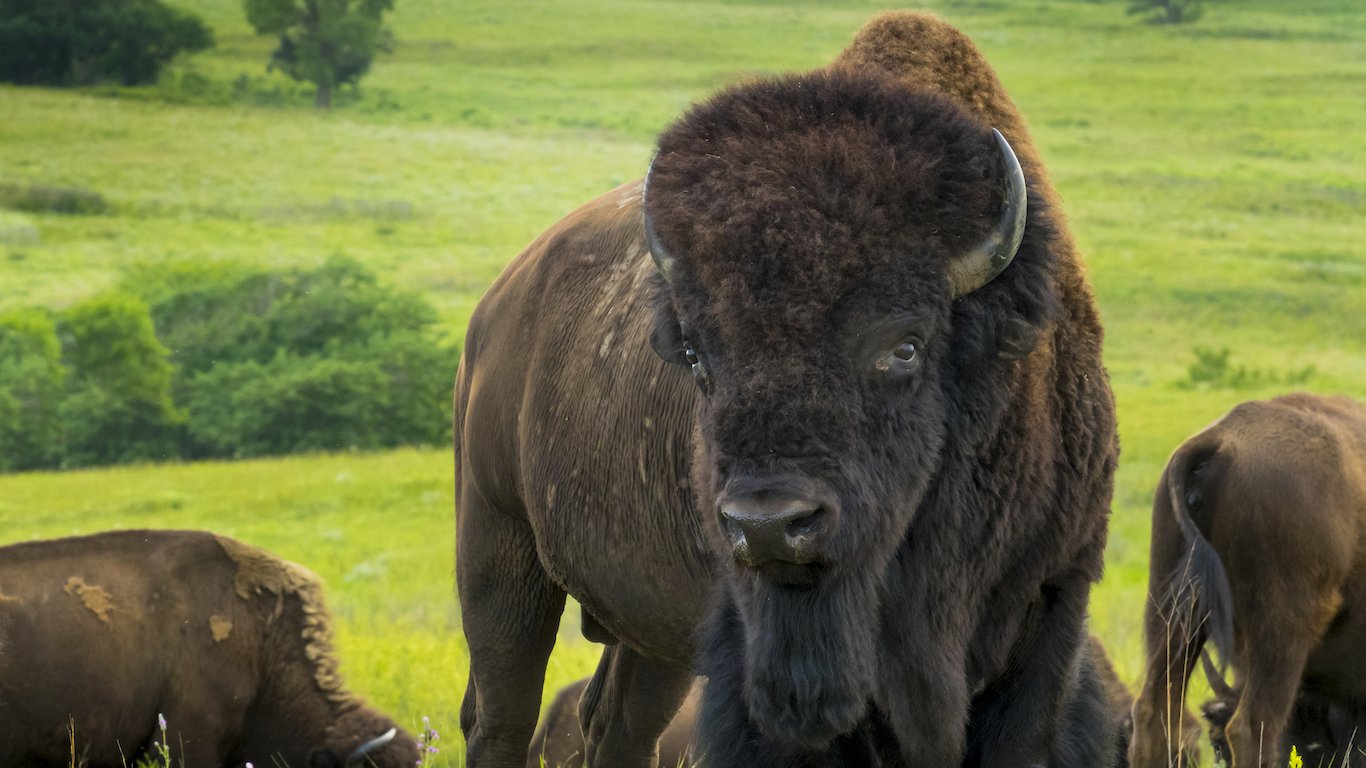 The American buffalo, also known as the bison, has been the official state animal of Kansas since 1955. The animal’s likeness appears on the state flag, seal and on the U.S. Mint’s commemorative Kansas quarter. American buffalo were almost hunted to extinction by European settlers in the 19th century. Their numbers have rebounded, but they still face threats from habitat loss and disease.

The American buffalo became the official national mammal in 2016 and has been used as symbol or mascot by colleges and universities and government bodies around the country. 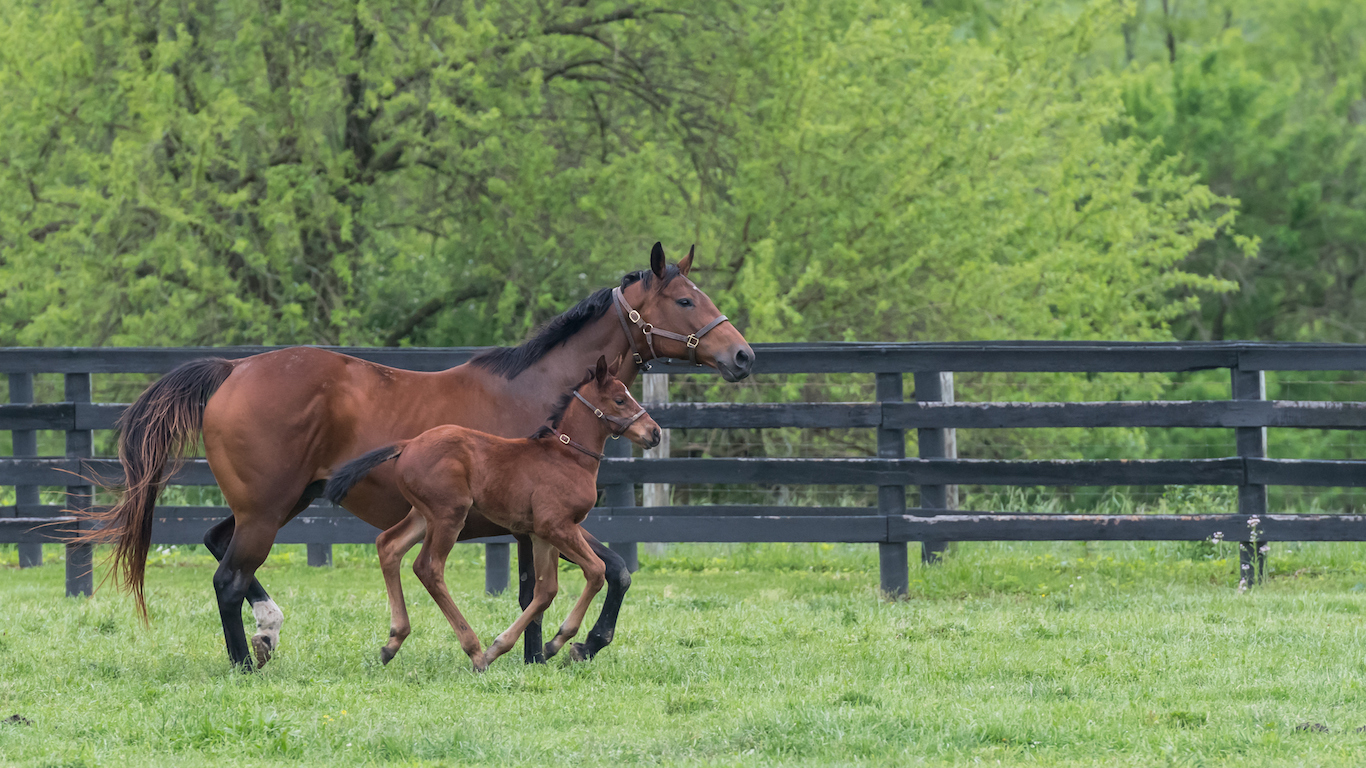 The thoroughbred has been the official state horse of Kentucky since 1996. That’s not surprising as Kentucky is synonymous with horse breeding and racing. It’s home to the famous Kentucky Derby, the longest continuously held sporting event in America and one of the most prestigious horse races in the world. All thoroughbreds are descended from three Arabian horses imported to England in the 1700s: the Byerly Turk, the Darley Arabian, and the Godolphin Arabian. 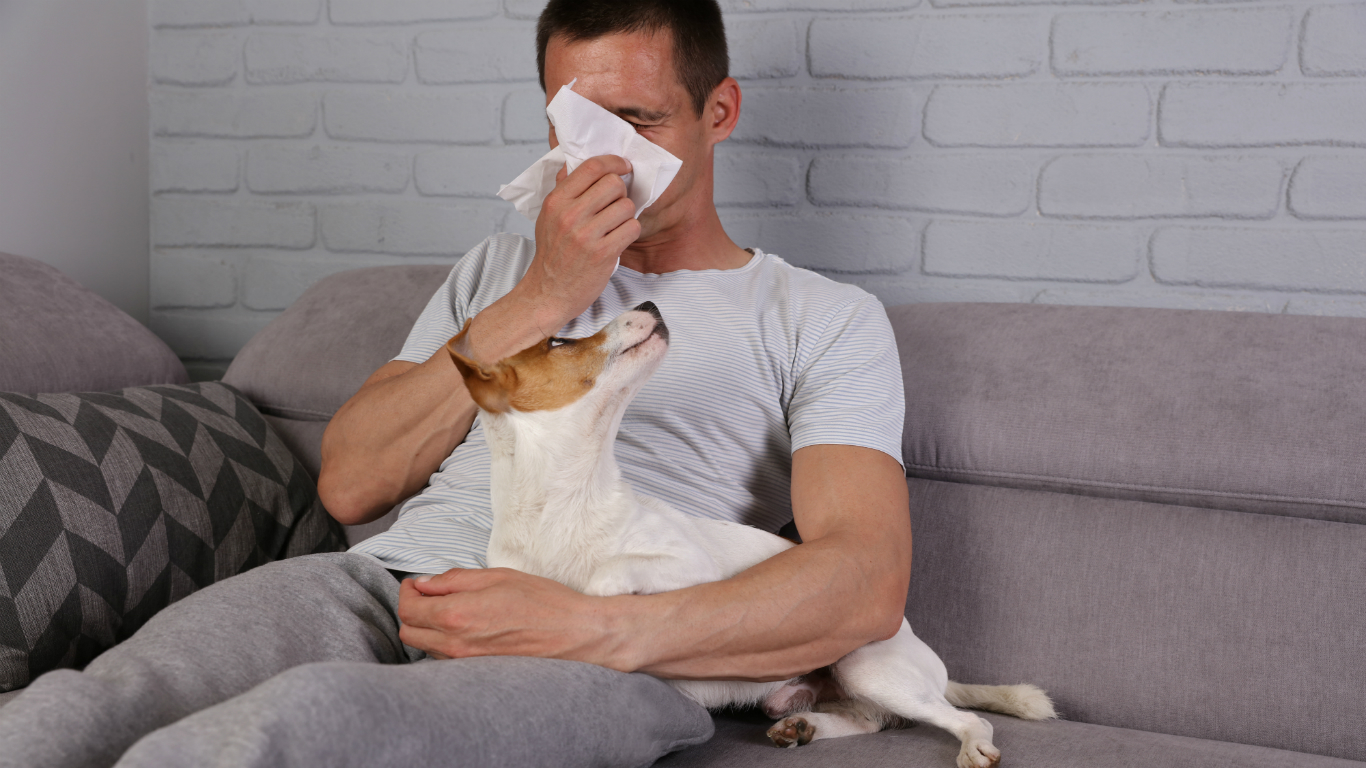 24/7 Tempo
The Best Dogs for People With Allergies 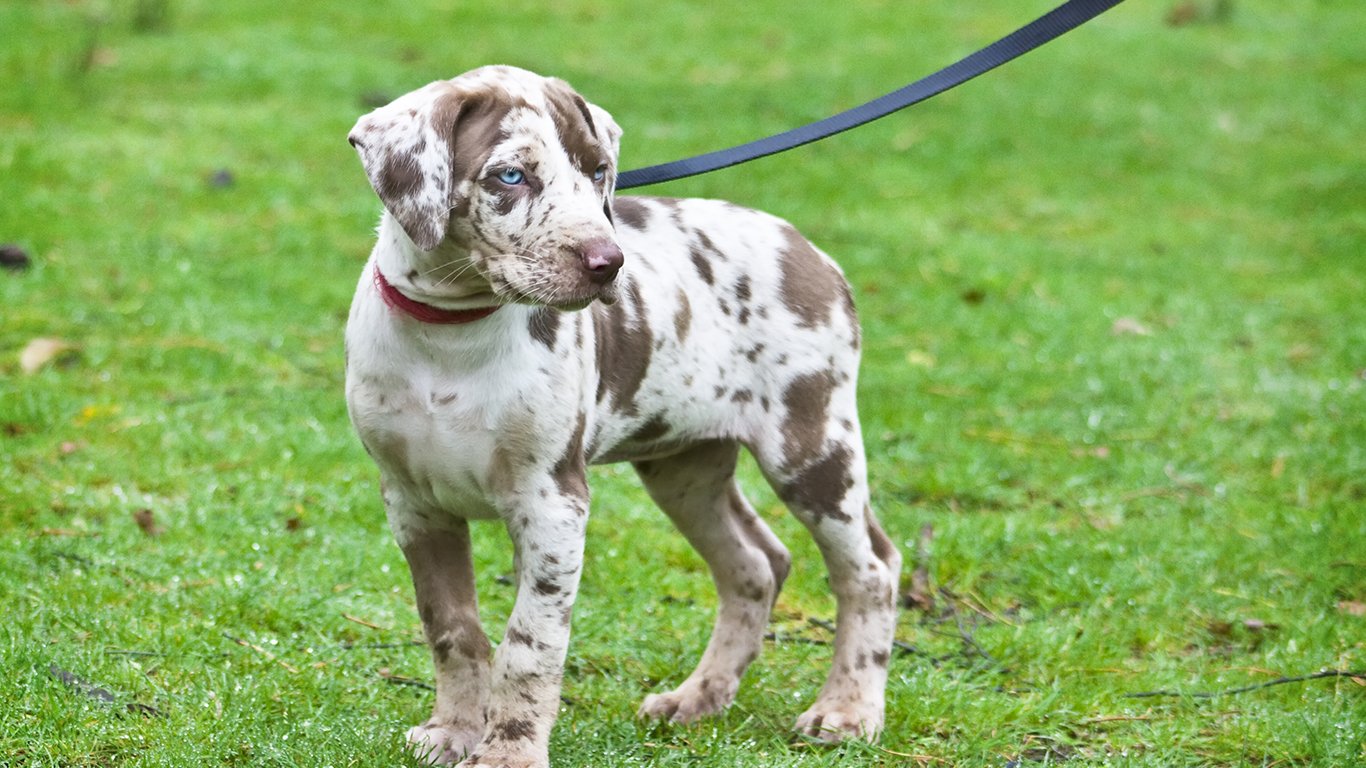 The Catahoula leopard dog is the only breed of dog to have originated in Louisiana, so it’s not surprising that it’s also the state pet. Catahoula is a Choctaw word that means “sacred lake.” Catahoulas are the largest and most aggressive of the cattle dogs and were traditionally used to herd wild cattle and hogs. It’s common for Catahoulas to have eyes of different colors. 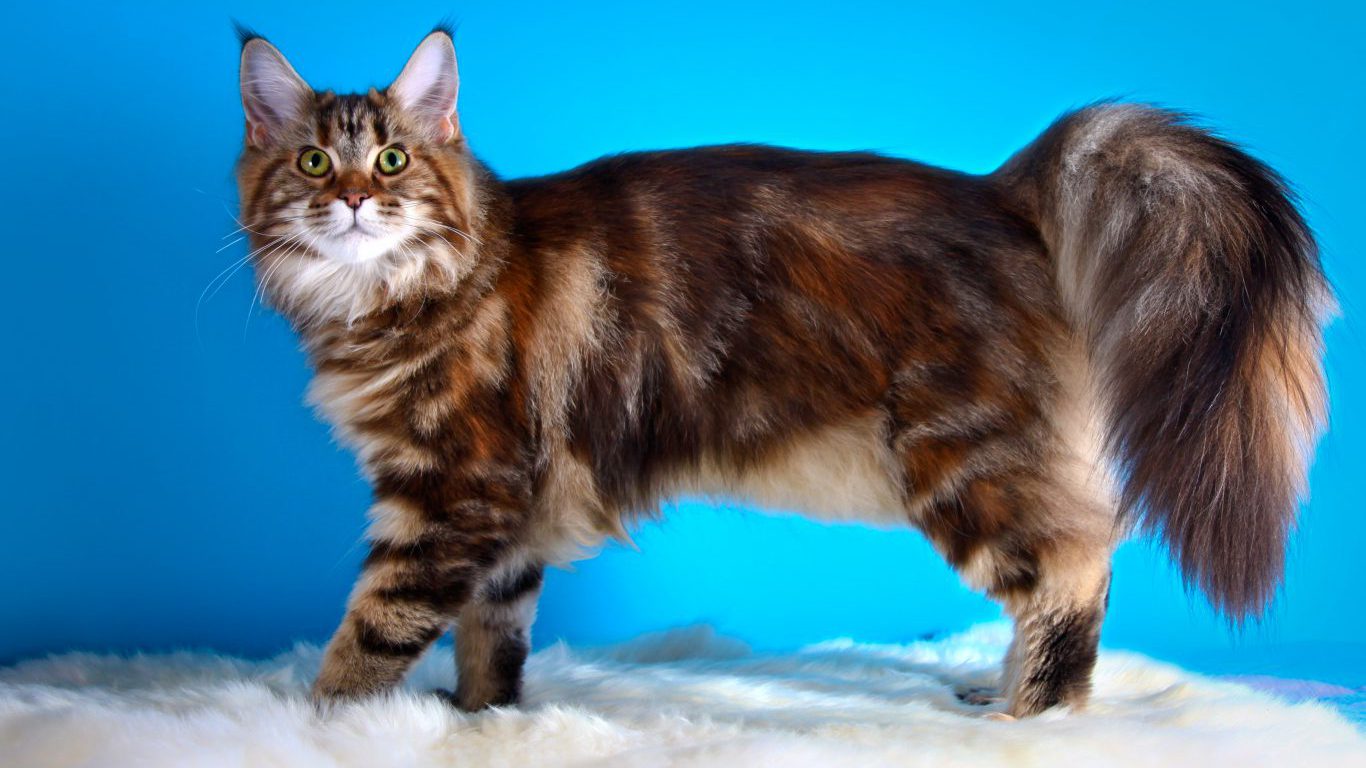 The Maine coon cat, one of the oldest natural breeds in America, was designated the official state cat of Maine in 1985. The cats are well adapted for Maine’s tough winters, with thick coats, bushy tails, furry ears, and large feet that effectively function as snow shoes. They are also very big, and can weigh as much as 25 pounds. Maine coons were cast for the role of Mrs. Norris, the pet owned by Hogwarts caretaker Argus Filch, in the Harry Potter films. 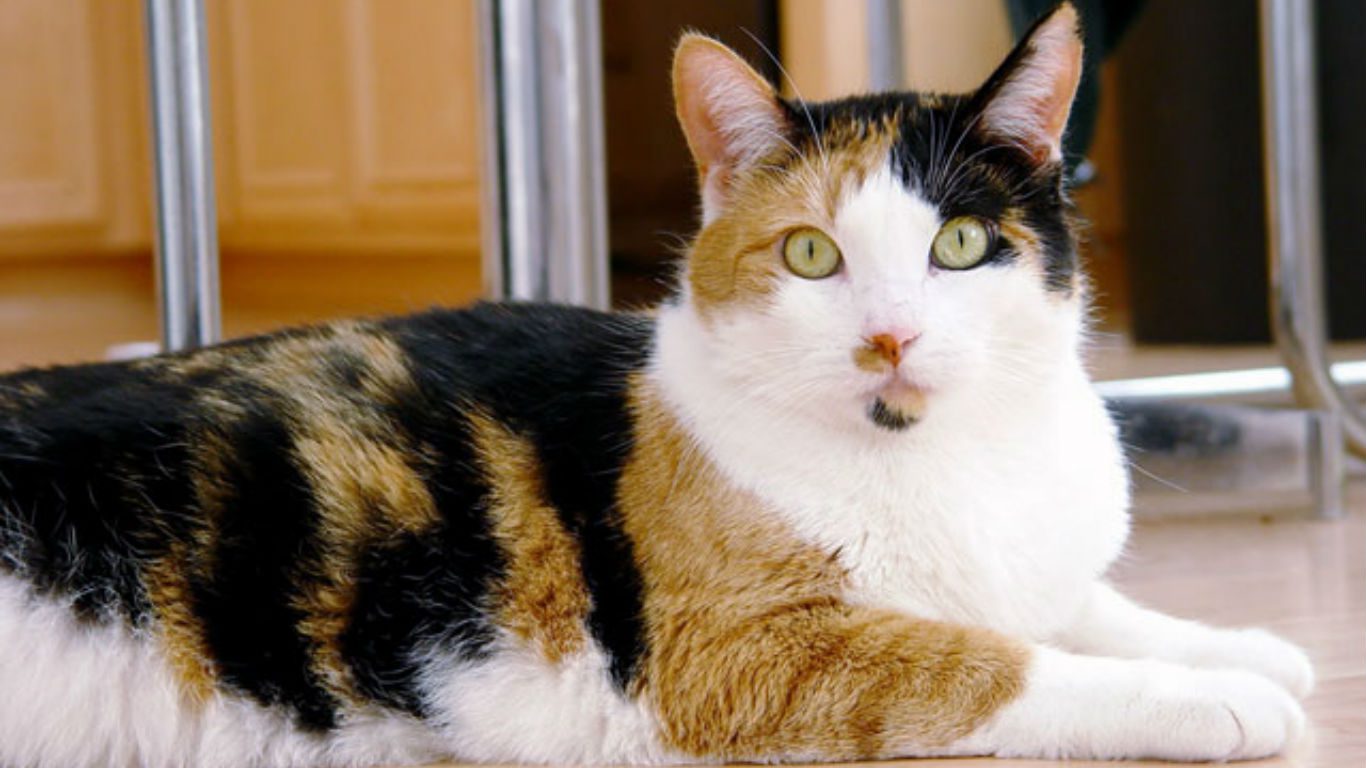 The calico cat became the official cat of Maryland in 2001. Calico is not a breed of cat but denotes a tri-color pattern, usually orange, black, and white, found in different breeds. The colors are determined genetically by the X chromosome, and thus calico cats are almost always female because males only have one X chromosome. The calico’s colors are shared with the state bird, the Baltimore oriole, and the state insect, the Baltimore checkerspot butterfly.