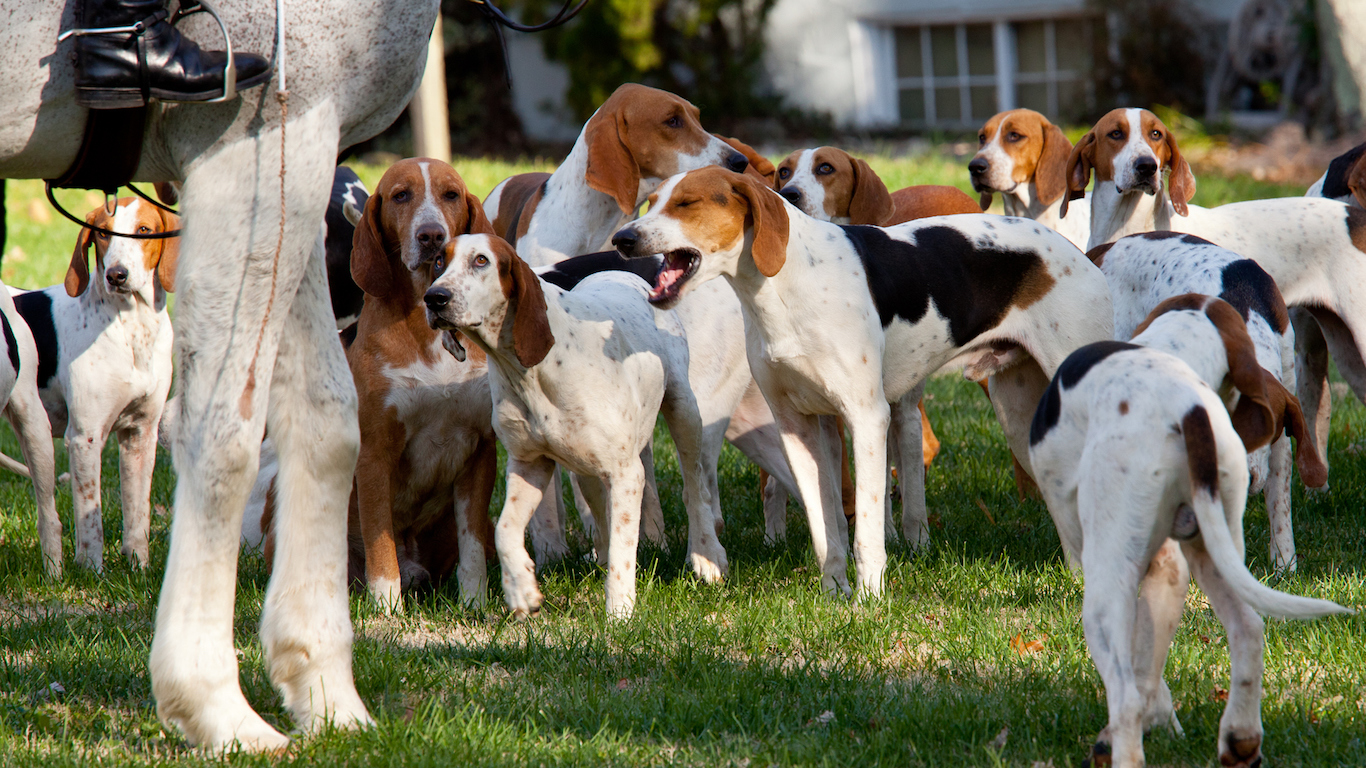 The American foxhound, which was bred by Virginia planters to hunt foxes, has longer legs than its English cousin and namesake. George Washington, a keen foxhunter, was an important player in the dog breed’s development. It is a low-maintenance pet and is good with children and even cats. However, it can be difficult to call back when it gets on a scent. 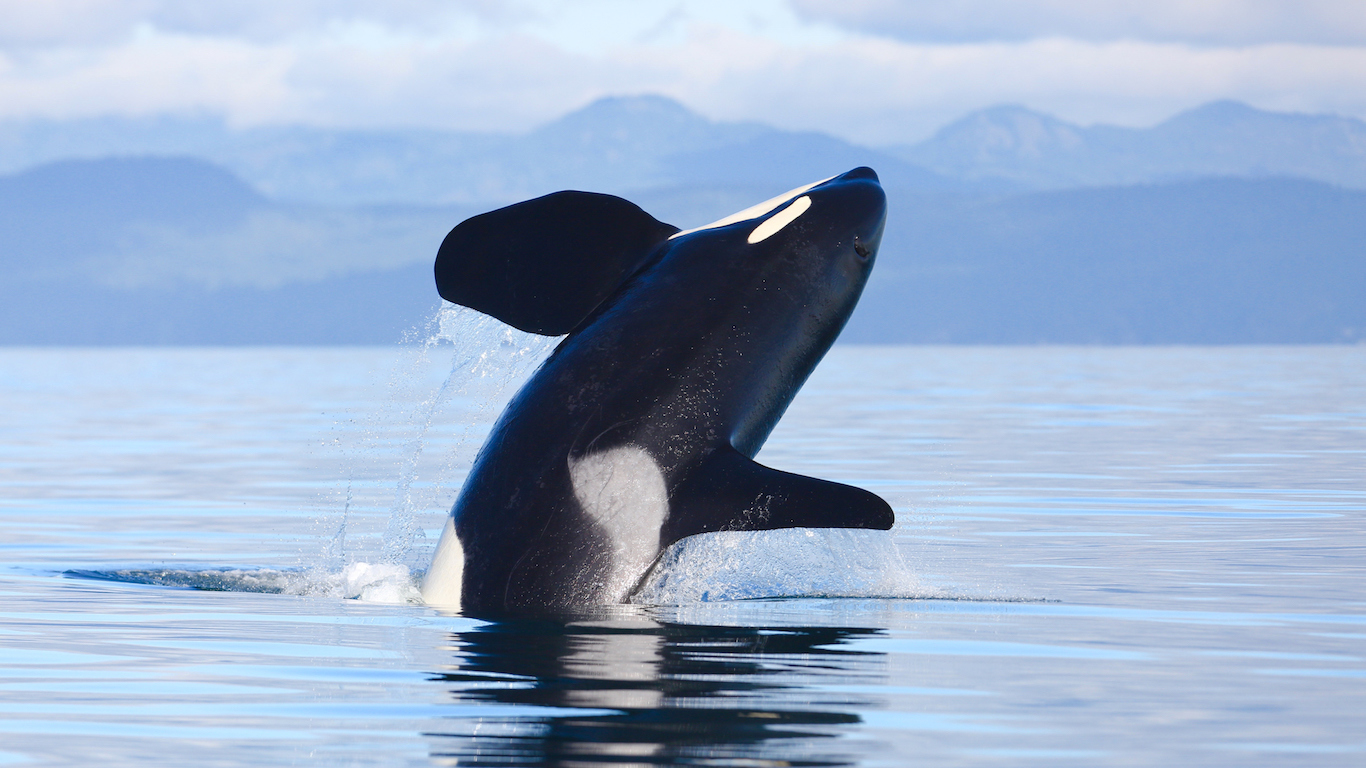 The orca was designated the official state mammal of Washington in 2005 at the urging of schoolchildren who wanted to raise awareness about the creature and help protect its habitat. Orcas migrate annually through Puget Sound and are a popular tourist attraction. Orcas are skilled and intelligent hunters — they are also known as killer whales — and can eat 500 pounds of food a day. There is even a horror film called “Orca”, about a male who seeks revenge for the killing of his mate. 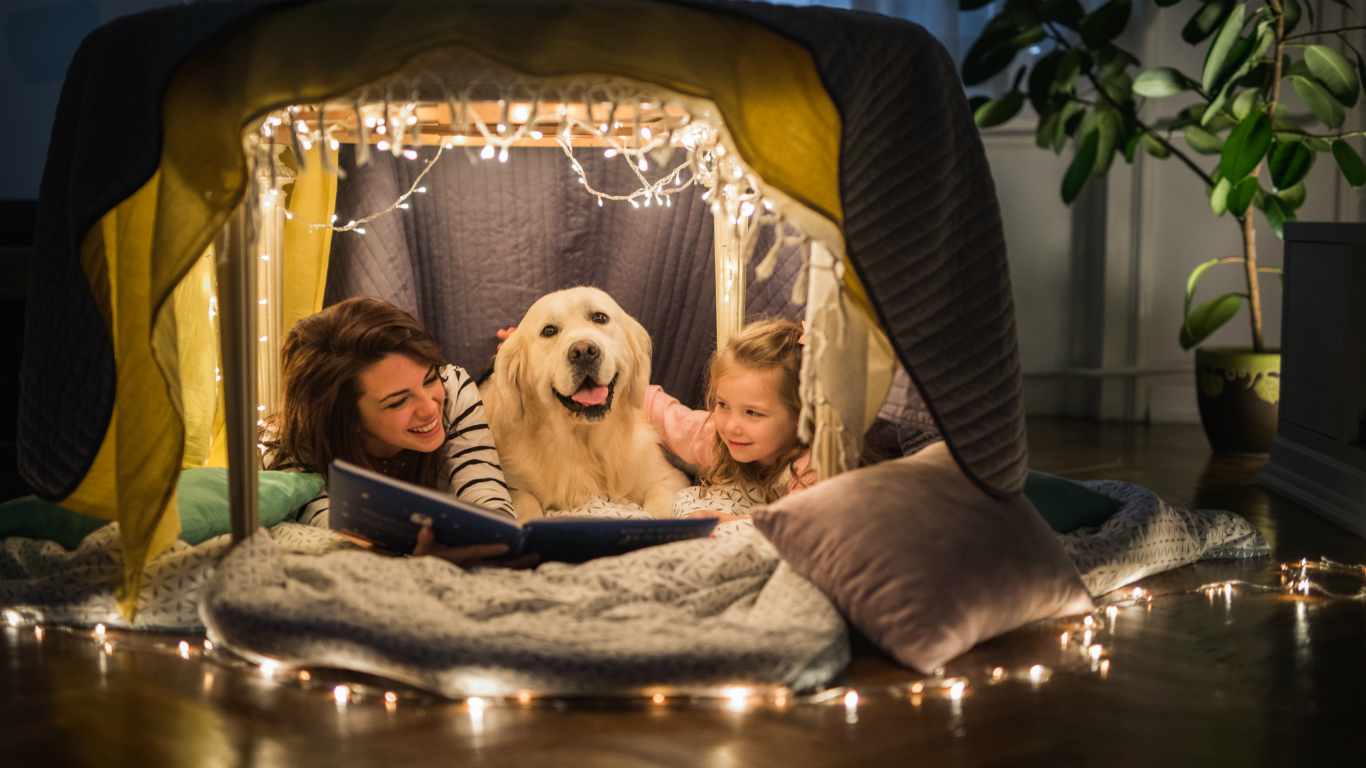 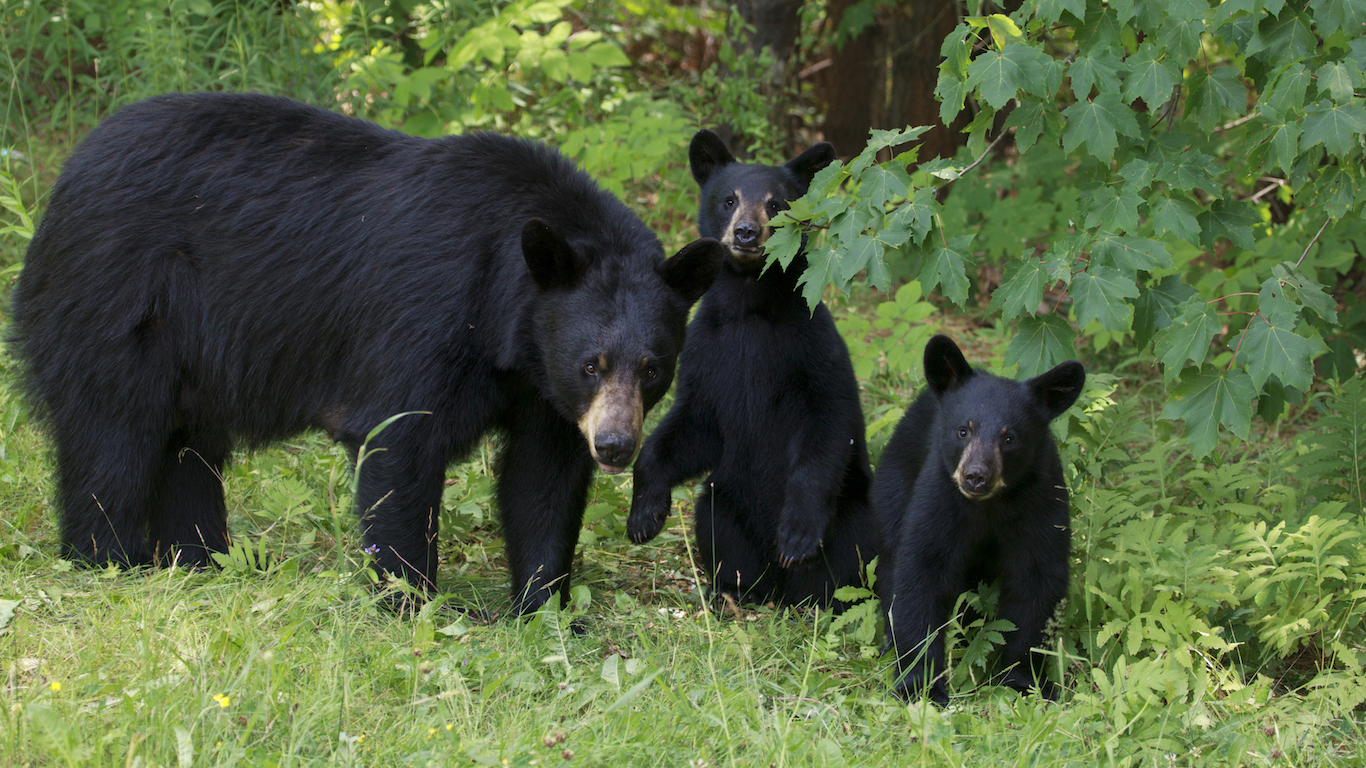 Like several other states, West Virginia’s state mammal is the black bear. It was chosen by a poll of students, teachers, and sportsmen in 1954 and won by a large margin. Since then, the population has increased steadily and black bears are found throughout the state. In 2014, West Virginia black bears was chosen as the name for a new Minor League Baseball team based in Granville and affiliated with the Pittsburgh Pirates. 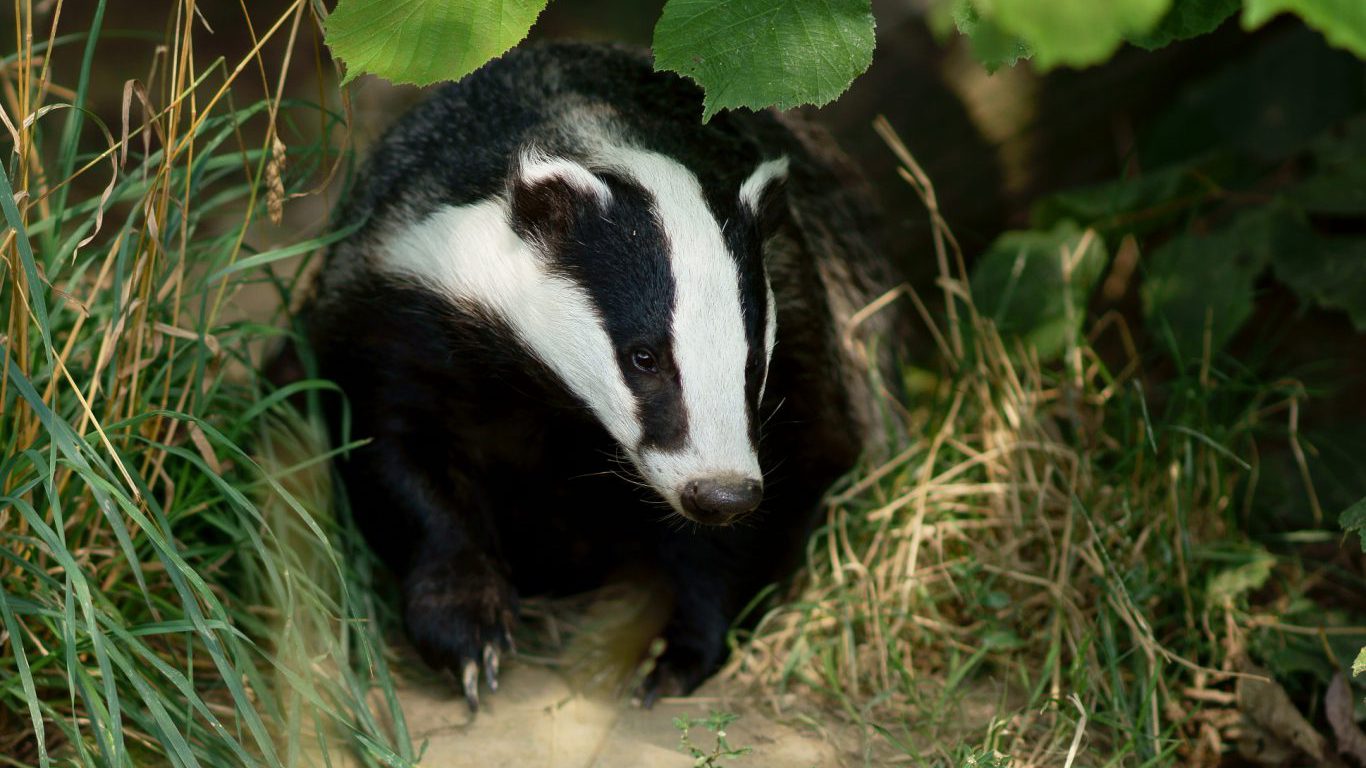 The badger is the official state animal of Wisconsin, which happens to be nicknamed “The Badger State.” It also appears on the state flag and seal. Wisconsin also has an official domesticated animal, the dairy cow. Wisconsin is the country’s leading milk producer and is also known as “America’s Dairyland.” 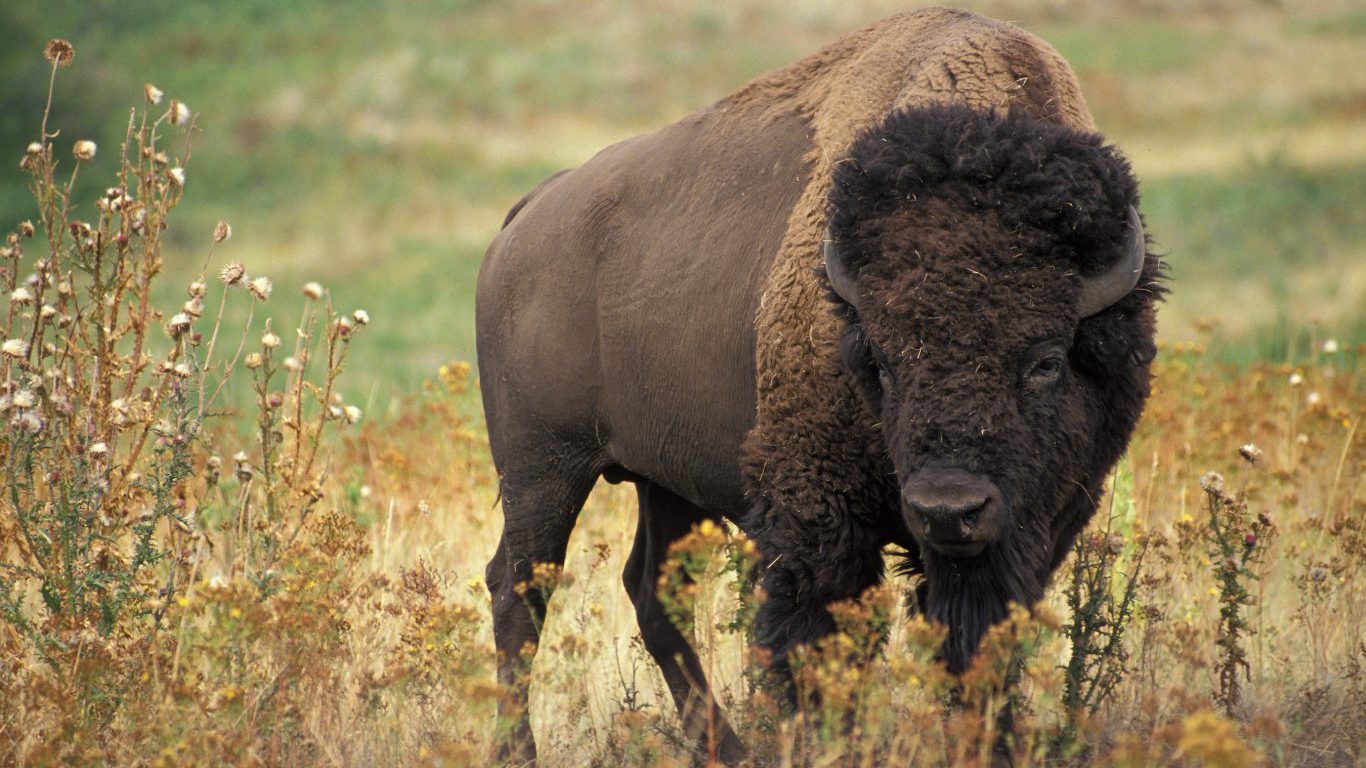 Wyoming is one of three states that have adopted the American bison, also known as the buffalo, as an official symbol. The majority of the bison herd is found in Grand Teton National Park during the summer and fall months. There are also some bison in the Jackson Hole area and the National Elk Refuge. 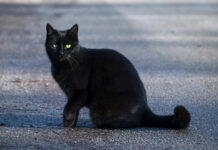