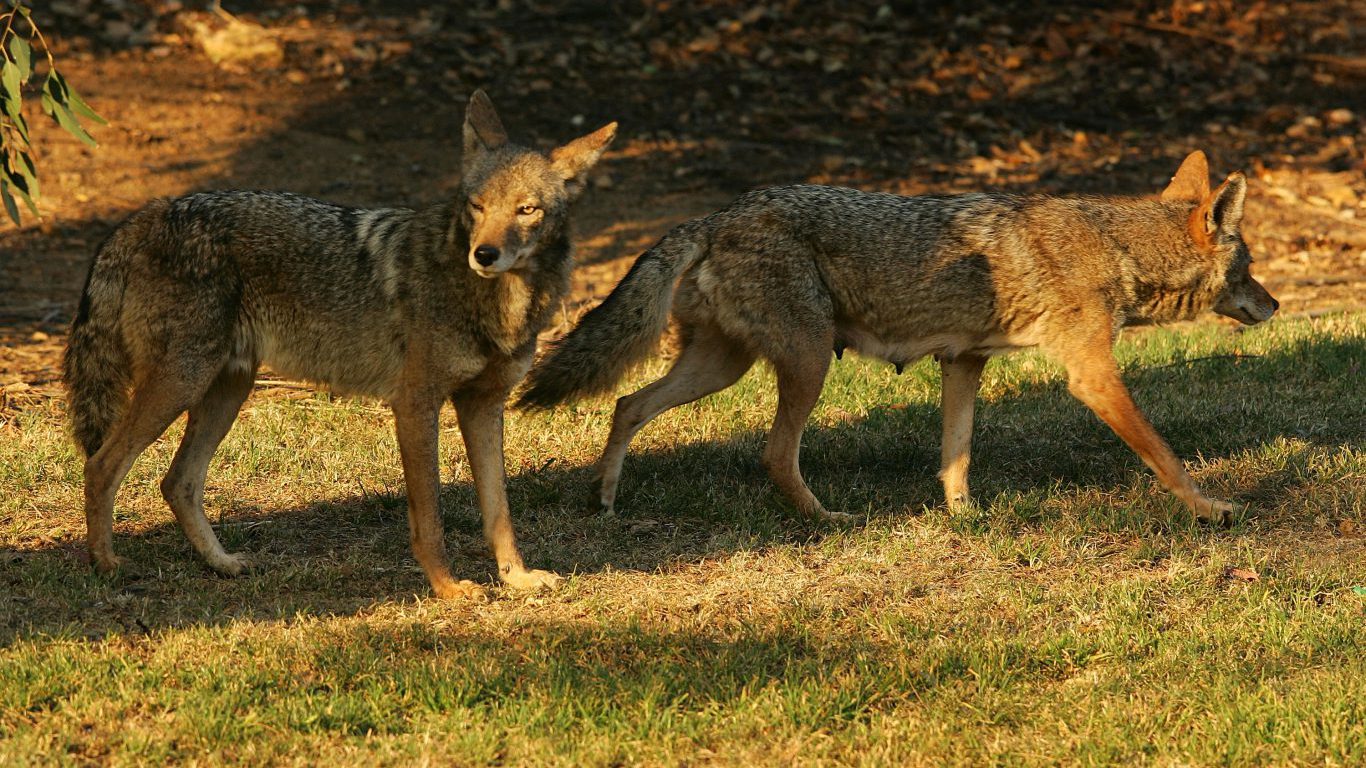 The coyote has been the official state animal of South Dakota since 1949. It is native to the Southwest United States but is found around the country and has even encroached into urban areas. The coyote is intelligent, fast, and a skilled hunter. Its howl, which is familiar to fans of Westerns who may never have heard one in the wild, is known as “the song of the west.” 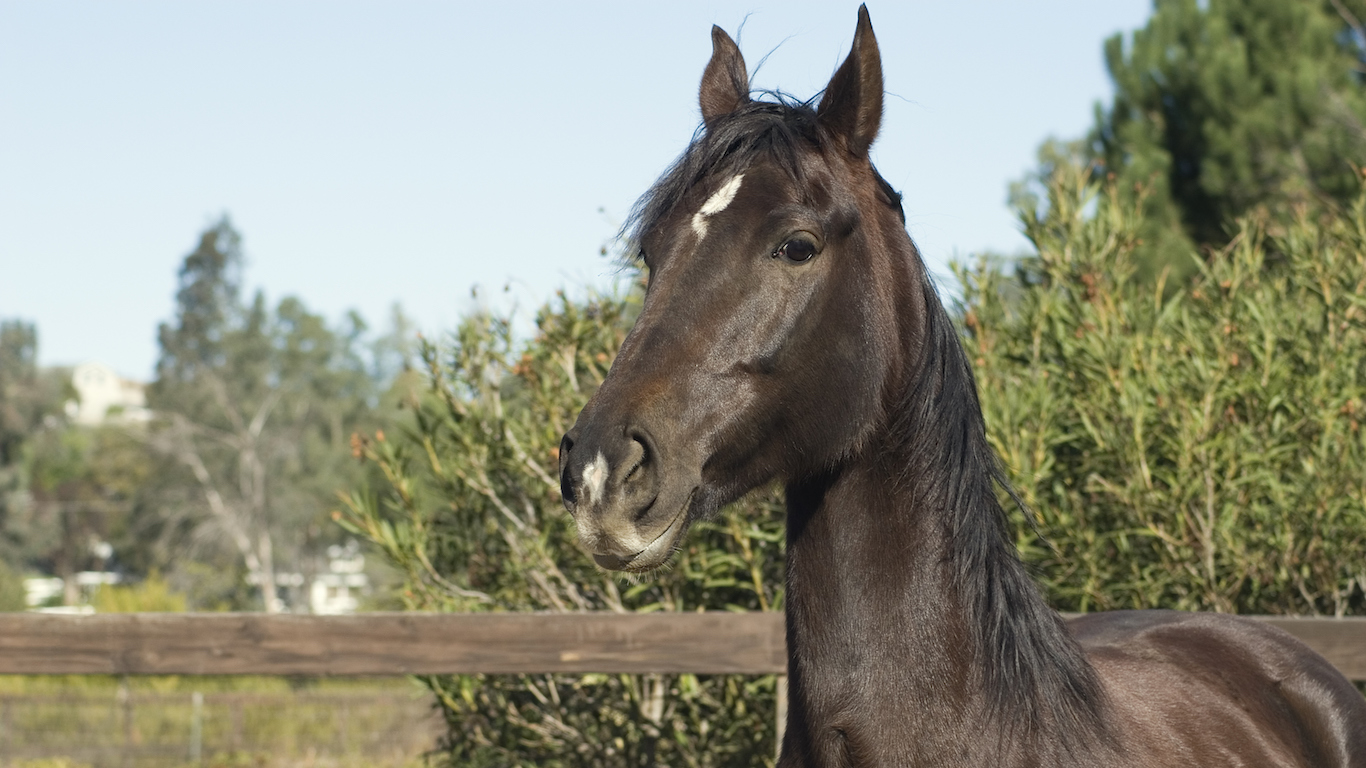 The Tennessee walker was the first breed of horse to bear a state name and has been the official state horse since 2000. As its name suggests, it’s known for its running walk, its flat foot walk, and its canter. The walker was developed by farmers in the Bluegrass region by combining thoroughbreds and other horses, including the Narragansett Pacer.

ALSO READ: The Most Threatened Animals in Every State 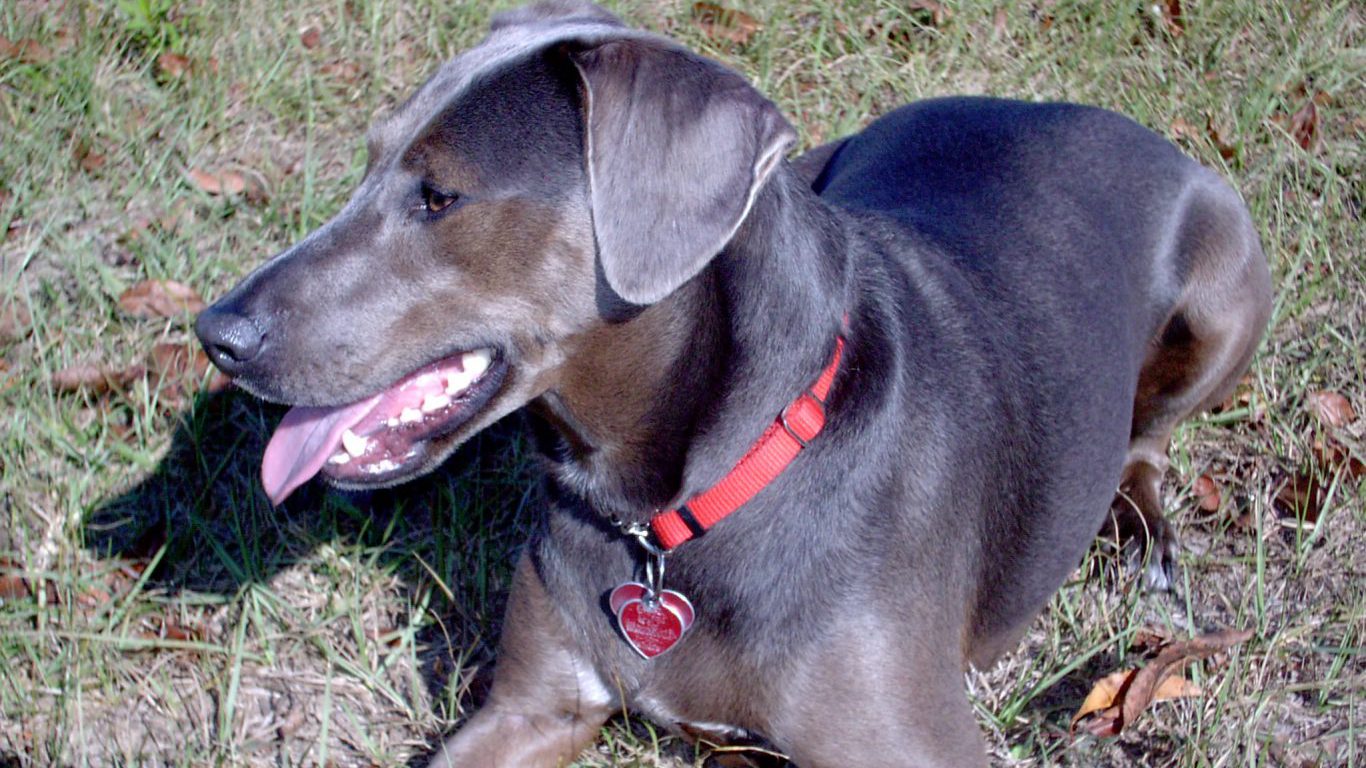 The Blue Lacy became the official state dog of Texas in 2005. It was developed in the 19th century by the Lacy brothers of Burnet County. They wanted a dog with great herding abilities and crossed greyhounds, scent hounds, and coyotes. The Blue Lacy is a hard worker and is the most common breed used by trappers. It’s also a great pet and is good with children. 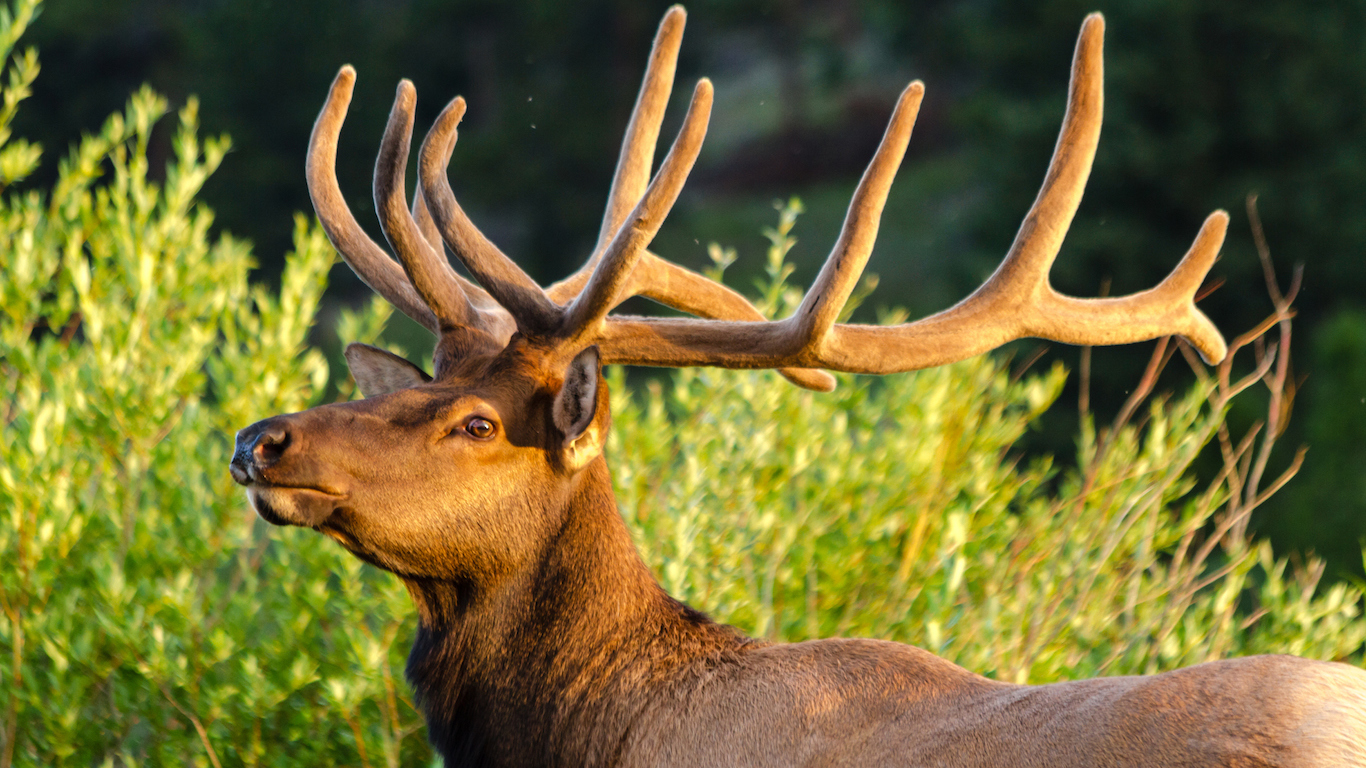 The Rocky Mountain elk has been the official state animal of Utah since 1971. Elk were once found across the country but now live only west of the Rockies. Bulls can weigh over 1,000 pounds and have antlers 6 feet wide. Bulls grow a new set of antlers every year. New antlers are covered in fuzzy skin called velvet. They harden over the summer and become solid bone. 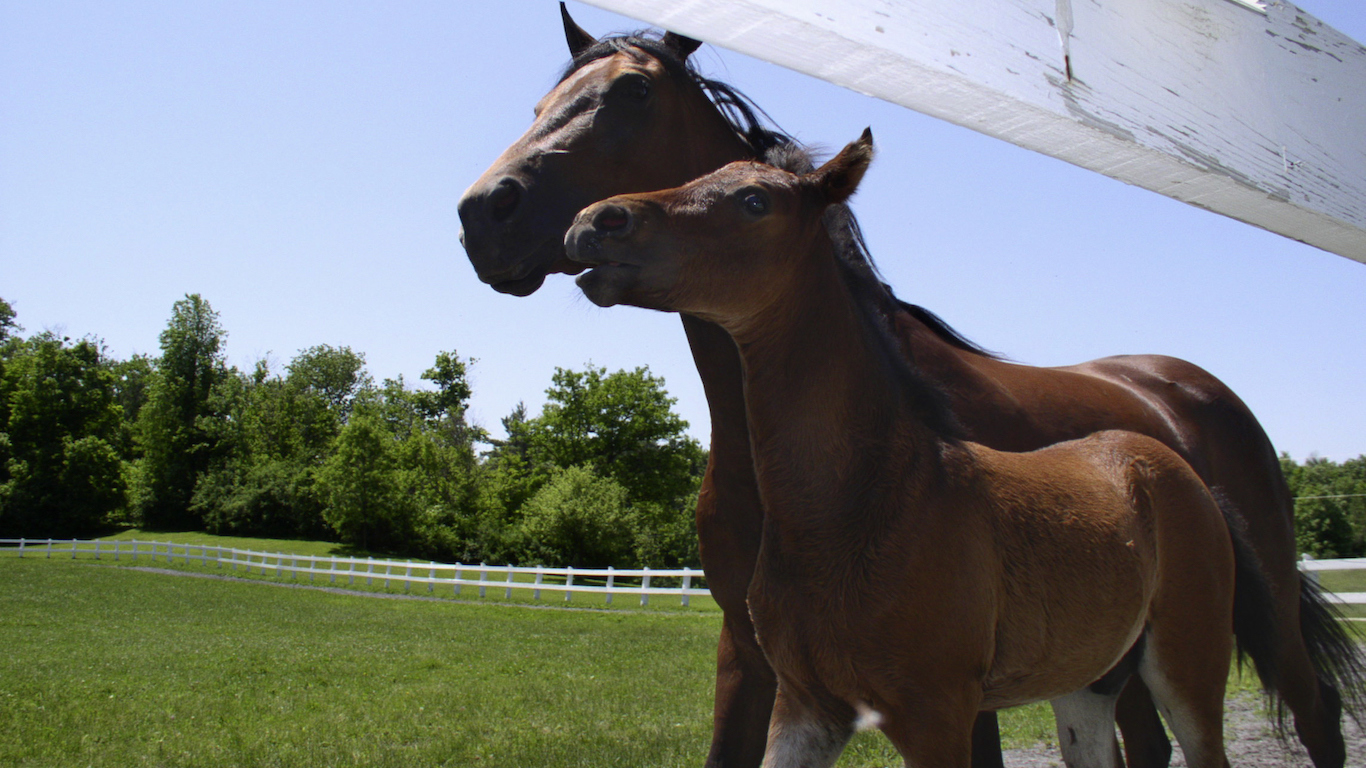 In the early 1800s, Justin Morgan owned a bay colt named Figure that became famous for his ability to outrun and outwork other horses and for being ridden by President James Monroe in 1817. Figure sired a number of horses, named for their father’s owner, that inherited his outstanding qualities, thus founding a breed that has become popular all over the world. The Morgan horse became the official state animal of Vermont in 1961.