The Indianapolis Colts trailed the New Orleans Saints 24-17 with just over three minutes to play in Super Bowl XLIV, but the Colts had the ball on the Saints’ 31-yard line, and quarterback Peyton Manning was poised to work his late-minute magic. Then Tracy Porter intervened. The Saints cornerback intercepted a Manning pass and returned it for a touchdown that secured the Saints’ first Super Bowl victory.

The Texas Rangers were one strike away from winning their first World Series in 2011, as they held a 7-5 lead over the St. Louis Cardinals in Game 6. With two runners on, David Freese stepped to the plate and hit a two-run triple over the head of right fielder Nelson Cruz. The game went into extra innings — and Freese was not finished with his heroics. He led off the bottom of the 11th with a walk off home run that forced a Game 7, won by the Cardinals behind a two-run double by, you guessed it, Freese. 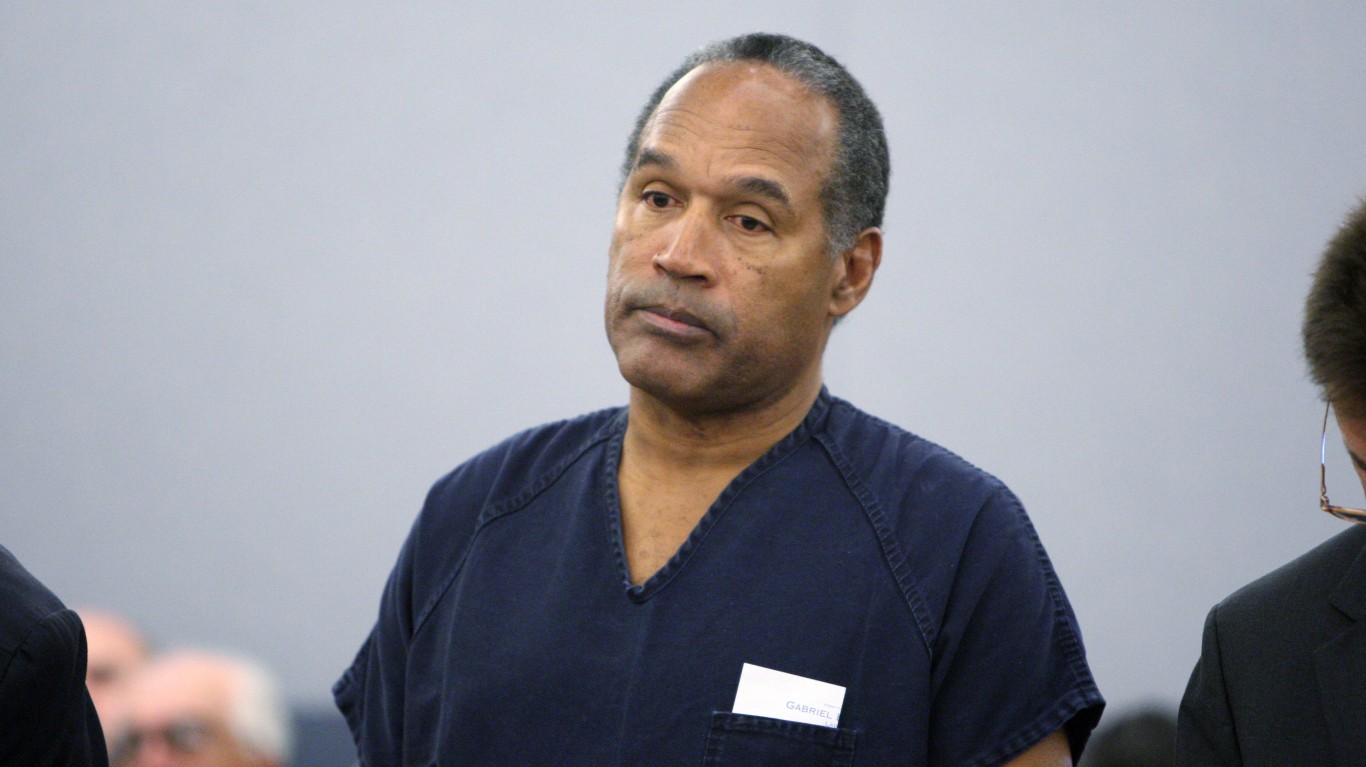 Over the course of an 18-year career, Ray Allen had his share of big shots, but none was bigger than the three-pointer he made in Game 6 of the NBA Finals against the San Antonio Spurs. With San Antonio leading 95-92, Miami’s LeBron James missed a three-point shot from the left wing. Heat center Chris Bosh grabbed the rebound and passed the ball to Ray Allen, who backpedaled to the right corner beyond the three-point line and hit the shot to tie the game and send it into overtime. The Heat won Game 6 and would go on to take Game 7 for their second straight NBA title.

Simone Biles is the preeminent superstar in gymnastics. At the 2016 Olympic Games in Rio de Janeiro, she won three individual gold medals in the vault and floor exercise events, as well as the all-around and team gold, not to mention a bronze medal on the balance beam. Those four golds tied the record for a female gymnast in a single Olympic Games. This past summer, Biles did something no other gymnast has done. She completed a triple-double, meaning she did a double backflip with three twists — a move known as the Biles II — enroute to winning her sixth women’s title at the United States Gymnastics Championships.

Just when it looked like the Seattle Seahawks were going beat the New England Patriots with a last-minute touchdown in Super Bowl XLIX, Malcolm Butler denied the Seahawks the victory. The Seahawks, trailing 28-24, drove to the Patriot one-yard line with 26 seconds left. On second down, Seattle quarterback Russell Wilson tried to connect with wide receiver Ricardo Lockette on a quick slant pattern, but Butler cut in front of Lockette and picked off the pass, securing New England’s fourth Super Bowl win.