24/7 Tempo
Home Entertainment Most Famous Band From Every State

What’s more American than a group of friends taking up instruments in a garage and starting a band with dreams of making it big? All across the country music bands have formed — and every state has produced great music groups — many of whom continue to show home pride as they ride the waves of success, selling records and winning awards.

To make it in the industry, bands often try their luck at one of the music industry hubs, such as Nashville, Los Angeles, and New York City, which are home to some of the world’s most popular bands. Though these bands may become associated with these cities, few actually started there.

To identify the greatest band from every state, 24/7 Tempo reviewed data on musical popularity and artist legacy. While not all bands have reached the same level of success, the bands on this list have risen above their in-state competition to become the musical ambassadors from their part of the country. 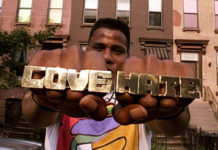