24/7 Tempo
Home Lifestyle Latinx, Gender Nonconforming, and Other Words That Were Just Added to the... 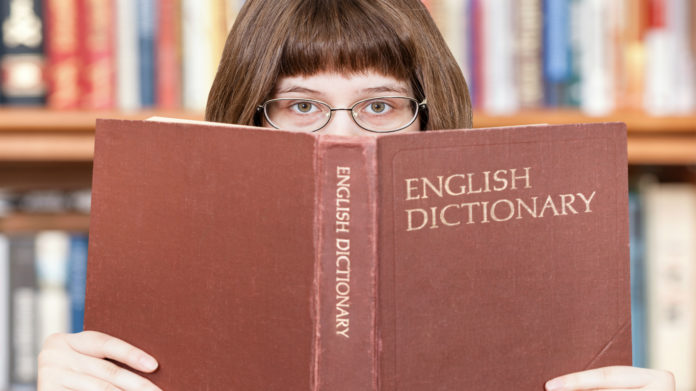 Springtime means baseball for sports fans, flowers and plants for gardeners, and new dictionary words for wordsmiths. Some of the new words appearing on the pages of various dictionaries reflect the demographic and cultural shifts in society.

Merriam-Webster said it added “more than 640 words” in April, According to the Columbia Journalism Review. The Oxford English Dictionary (OED) said it included more than “650 words, senses, and subentries” in March”; and Dictionary.com, which is based on the Random House Unabridged Dictionary and uses the American Heritage and HarperCollins dictionaries to augment its database, said it added “more than 300 words and definitions in April.

Among the new words, phrases and definitions added was “Latinx” to both the OED and Dictionary.com. The word refers to a person of Latin American descent who does not want to be identified as either a “Latino” (male) or a “Latina” (female). Merriam-Webster (M-W) included Latinx in its update last fall. Do you think it will make the list of words people get wrong all the time?

Also included in M-W were “gender nonconforming” and “top surgery” and “bottom surgery,” the procedures to have someone conform physically to their gender identity. All of them look simple enough to not be among the most commonly misspelled words in English.

Dictionary.com added “false flag,” defined as “an attack or other hostile action that obscures the identity of the participants carrying out the action while implicating another group or nation as the perpetrator.” It sounds complicated enough to be among the words people misuse all the time. The OED added that in January 2018; “false flag” hasn’t yet appeared in M-W.

Dictionary.com also added “dumpster fire.” The term is already in the M-W, but not in the OED. It means “a chaotic or disastrously mishandled situation.”

“Safe space” now appears in Dictionary.com, meaning “a place that provides a physically and emotionally safe environment for a person or group of people, especially a place where people can freely express themselves without fear of prejudice, negative judgment, etc.” M-W added it in 2017; OED has not included it yet.

A definition has been added to the word “snowflake” in M-W. Besides being a crystalline form of precipitation, “snowflake” can also mean “someone regarded or treated as unique or special” and “someone who is overly sensitive.”

The CJR said many of the new words added in the OED are British, and they may eventually find their way into American conversation. After all, they are only getting more popular. And maybe one day can end up on the list of most popular words that entered the dictionary in the last decade.