The 105th Indianapolis 500, sponsored by the online financial services platform Gainbridge, is scheduled for Sunday, May 30, this year. The race is the crown jewel of the NTT IndyCar Series, and the largest single-day spectator sporting event on the globe (though this year, the in-person audience will be limited to 40% of the usual, due to COVID-19 restrictions).

In addition to prize money, the winner takes possession of the 5-foot-4-inch Borg-Warner Trophy, named after the Borg-Warner Automotive Co., which commissioned it in 1935. Two-time winner Louis Meyer first held the trophy on the occasion of his second triumph, in 1936.

The same year, the victorious Meyer sipped from a bottle of buttermilk to cool down after the race, and milk became part of the post-race ritual. Although the practice was abandoned between 1947 to 1955, it started up again in 1956. Every winner since then has been splashed with milk — a practice that won Indiana its place on our list of the famous, unique, and even weird traditions in the state. 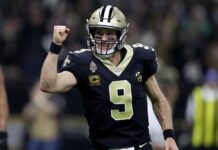 The 30 Best Quarterbacks of All Time 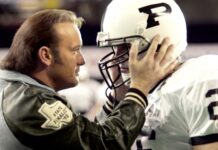 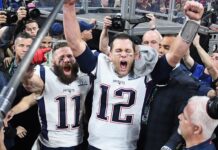