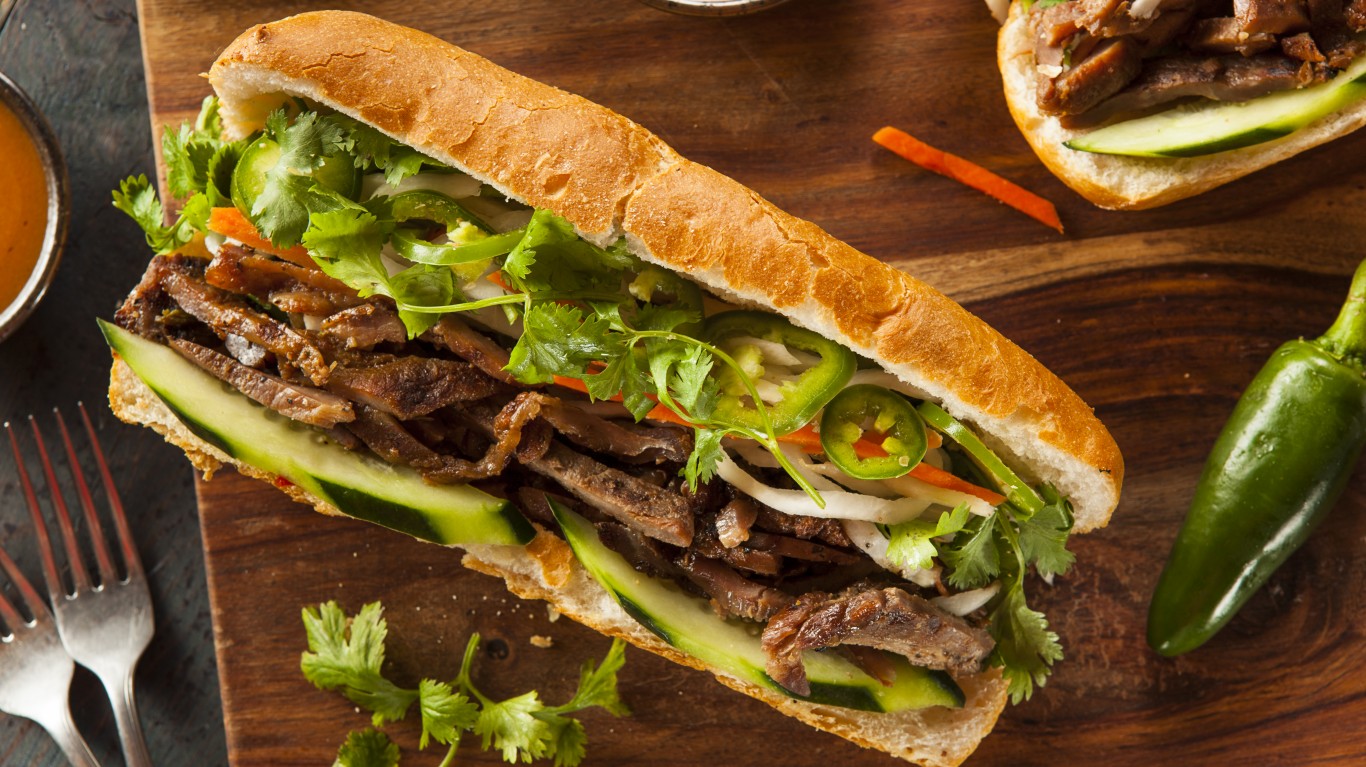 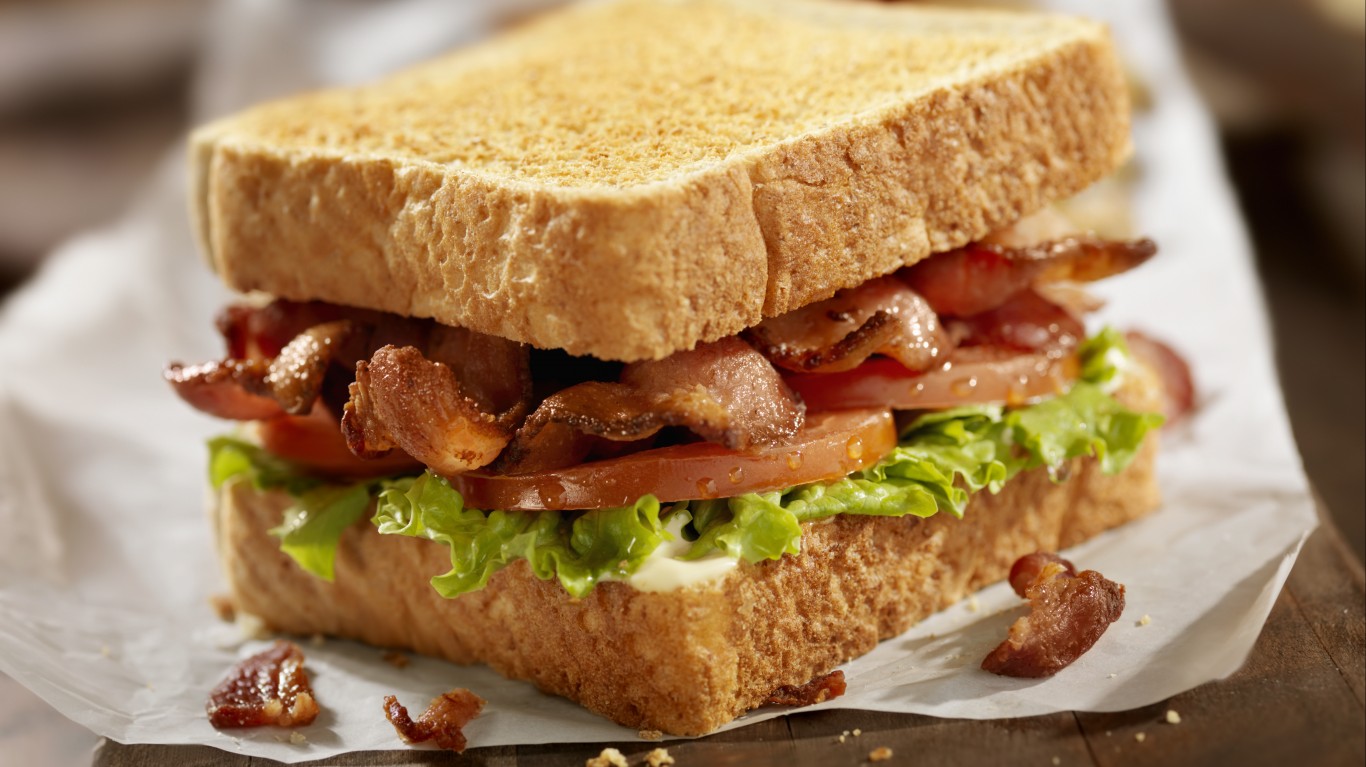 The bacon-lettuce-and-tomato sandwich — the BLT — is thought to have descended from Victorian-era tea sandwiches. Recipes for something similar appear as early as 1920, though the term “BLT” seems to date from the early 1940s. This popular diner staple is closely related to the club sandwich (see below). 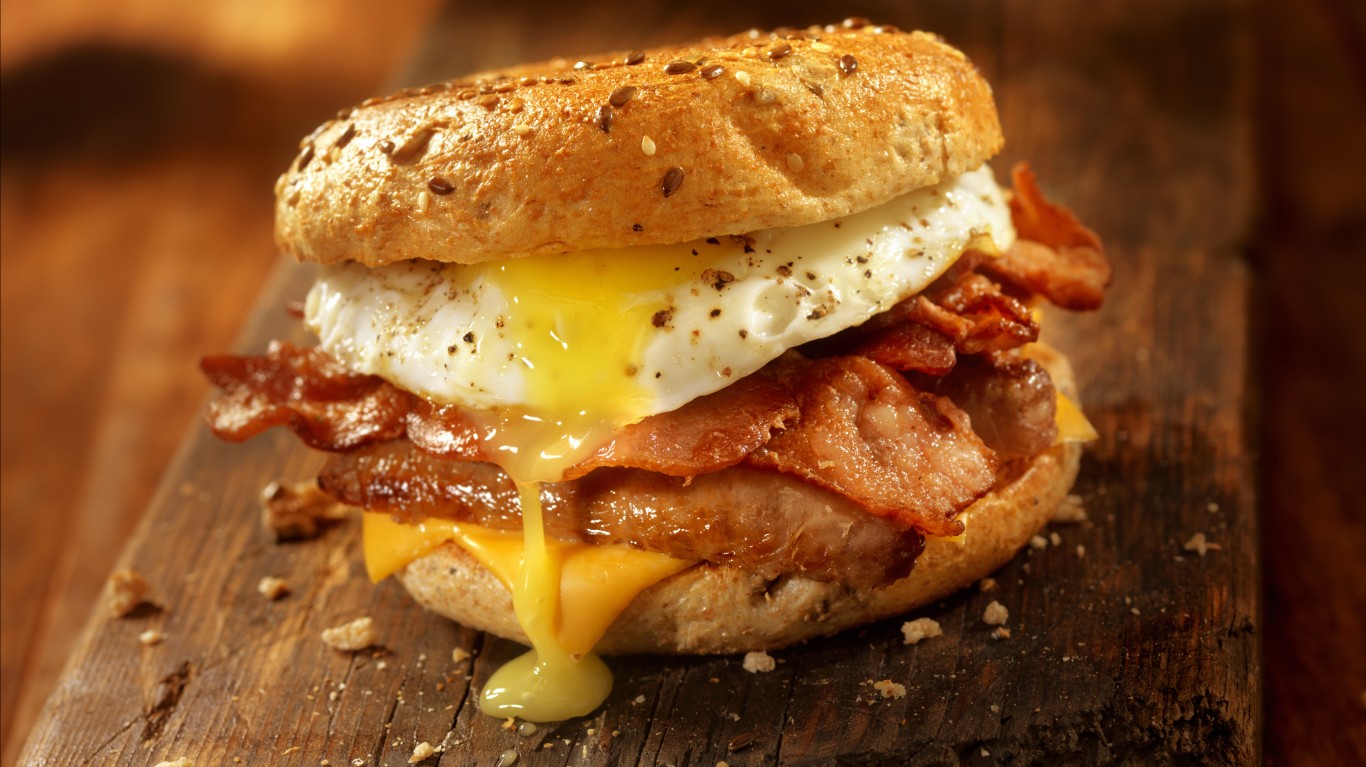 Pete Wells, the restaurant critic for the New York Times, called the classic breakfast sandwich — eggs, cheese, and either bacon, sausage, or ham on a roll, bagel, English muffin, croissant, or toast — “a hero among sandwiches.” Jack in the Box introduced the first fast-food version of the sandwich in 1969, but it was only after the Egg McMuffin made its debut at McDonald’s in 1972 that its popularity took off and it became an American classic. 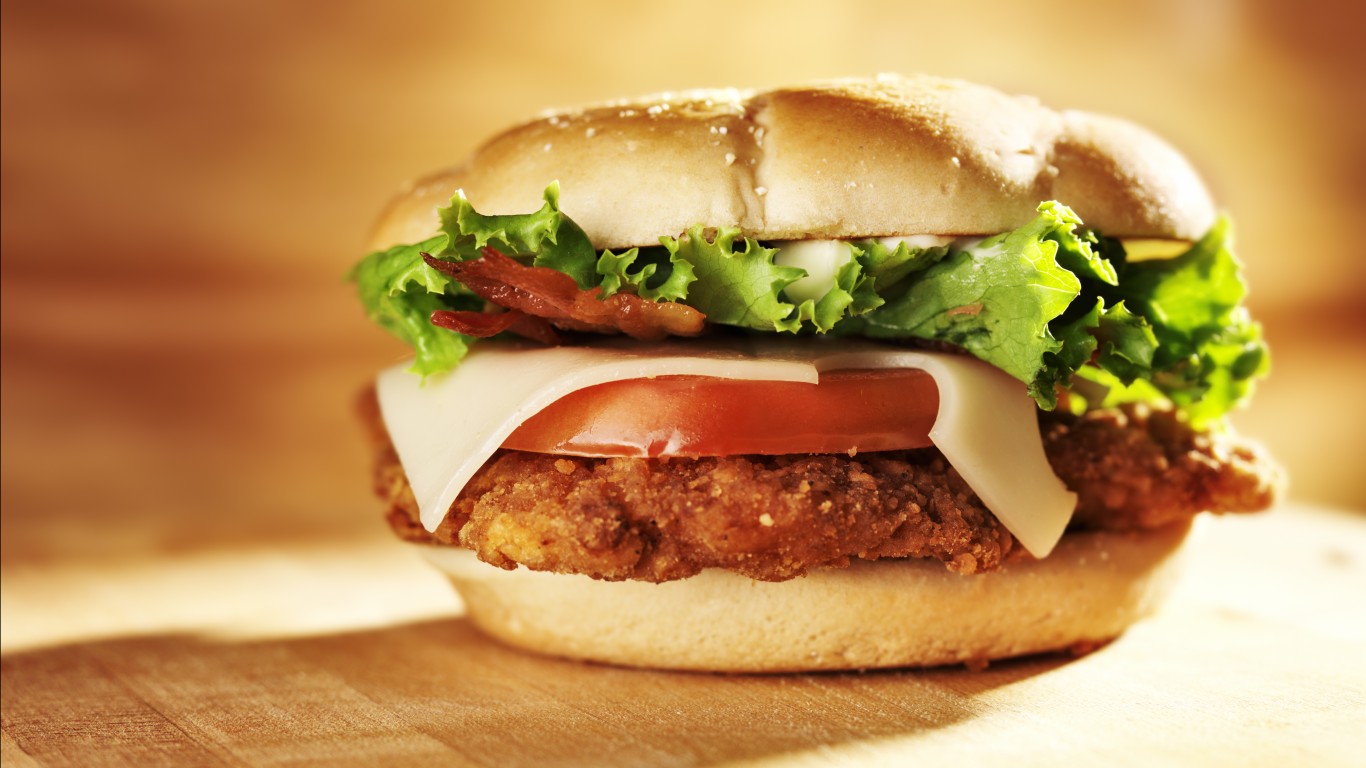 Though people certainly put chicken in some form between a couple of pieces of bread long before 1964, that was the year that an Atlanta restaurateur named S. Truett Cathy patented a sandwich out of boneless breaded fried chicken on a bun and christened it the Chick-fil-A. McDonald’s introduced its version of the sandwich in 1980 (it flopped, but was successfully resurrected in 1988), and today many chains, including the high-end Shake Shack, have their own interpretations. Last summer, the so-called Chicken Sandwich War, pitted a new chicken sandwich introduced by Popeyes against those sold by Chick-fil-A, McDonald’s, and others. 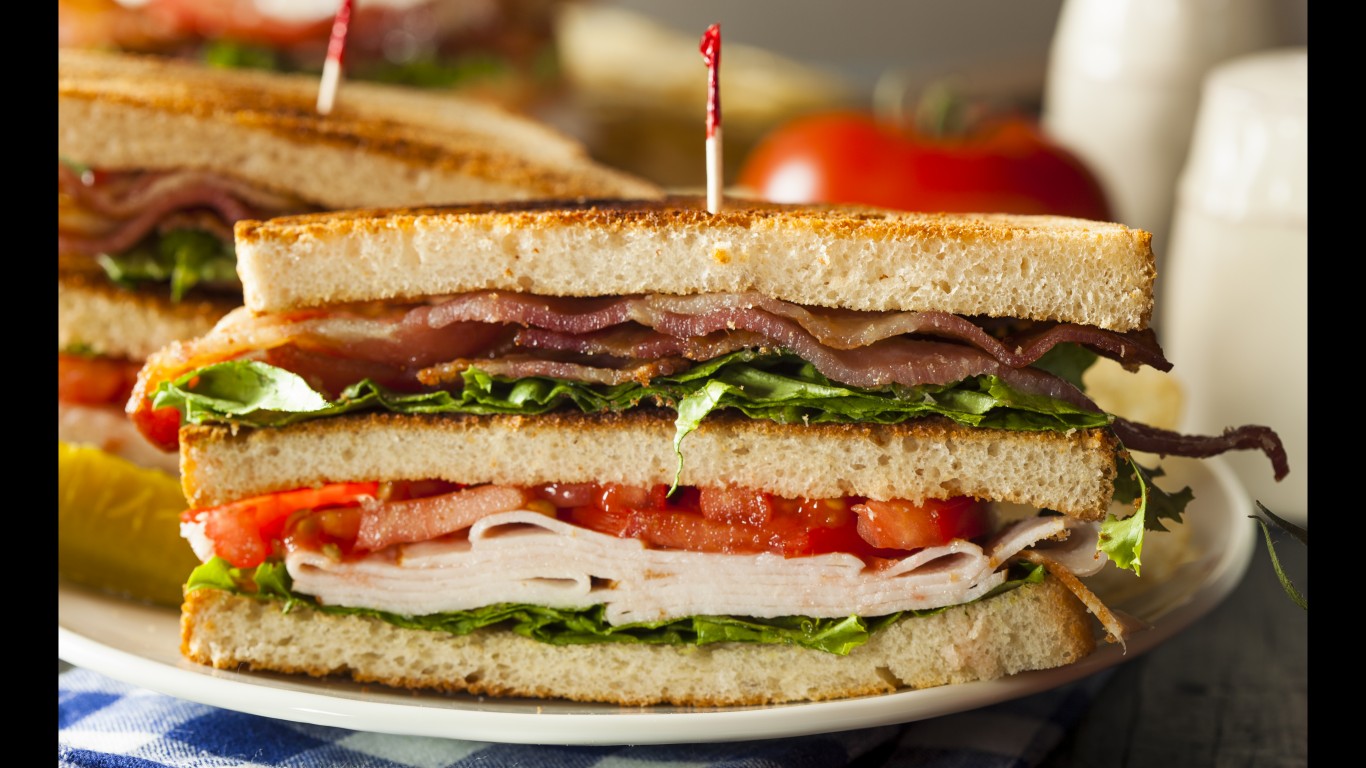 There’s a theory that the name of this popular sandwich — an elaboration of the BLT (see above) found on hotel room service menus everywhere — is an acronym, standing for “chicken under lettuce and bacon.” More likely is the alternate theory that the name is short for “clubhouse sandwich,” so named because it was first made at the Saratoga Club House (a gambling den in Saratoga Springs, New York) or possibly the Union Club in New York City. Often constructed as a triple-decker, it is sometimes made with turkey instead of chicken, and ham may be added to either version.