After seeing how locals froze food in the winter while working as a fur trader in Labrador, Canada, New York businessman and inventor Clarence Birdseye returned to the U.S. and started experimenting with quick-freezing techniques for a variety of foods. He introduced his new line of products to the public for the first time in 1930 — and today his name may be found in every supermarket frozen-food section in America (though the brand is now spelled Birds Eye).

Consumer trends are ever-changing, and some have stood the test of time. Today, they favor fresh, locally sourced foods, the frozen food market is actually growing. According to a report released in February by the American Frozen Food Institute and the Food Marketing Institute, the category increased by 2.6% in dollars and 2.3% in units sold in 2018. The top three categories were soups/sides, appetizers/snack rolls, and breakfast foods.

Today, Birds Eye is joined by more than 60 other major frozen food brands in this country — counting frozen pizza but not including ice cream or other frozen desserts — with more being added all the time. And these companies are constantly adding new items to their product lines — a total of more than 700 a year, in some cases.

The foods sold in frozen form reflect our changing dietary preferences. Putatively healthy items, featuring “superfoods” and low-calorie and/or low-carb choices; newly trendy food items that would have been unknown or marginal a few decades back (quinoa, açaí); familiar foods in new forms (cauliflower “rice”); selections reflecting increased consumer interest in the cuisines of Korea, India, the Middle East, and more — all these are now found increasingly in the frozen food aisles.

24/7 Wall St. has assembled a list of items that weren’t sold frozen until after the mid-1980s (and in some cases until the past several years), either because the technology didn’t exist or the foodstuff itself was unknown or there would have been limited consumer interest. 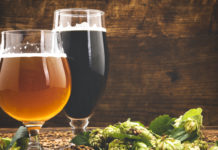