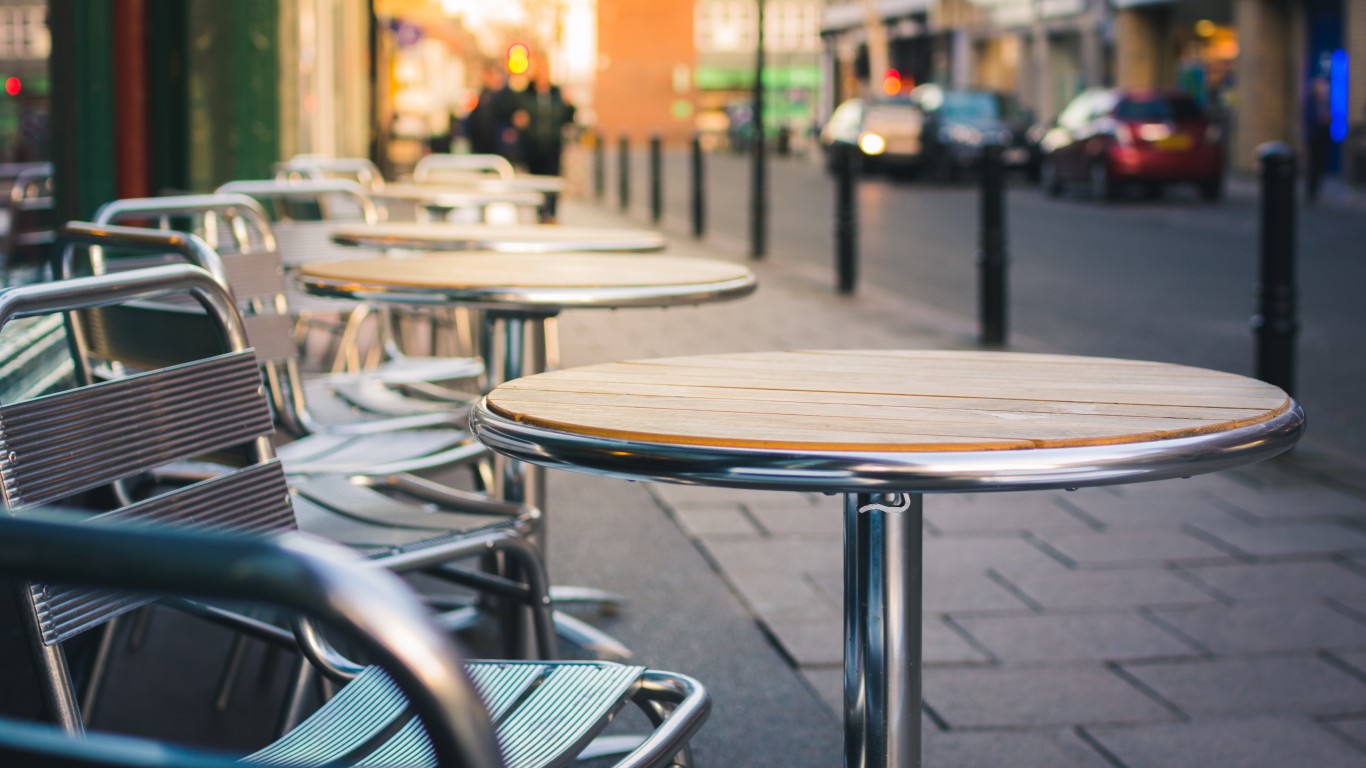 In July of last year, San Francisco’s board of supervisors voted to make the city’s outdoor dining “parklets” permanent. In September, then-mayor Bill de Blasio of New York announced that outdoor dining by restaurants that didn’t have built-in patios or terraces, scheduled to be closed down on Oct. 31, would be extended indefinitely. Chicago’s Expanded Outdoor Dining Program, also scheduled for cancellation, will now last through the end of 2022.

Not everyone loves the concept: There are complaints about noise, rats, lost parking spaces, and more. But measures initially adopted to give restaurants a chance to stay in business while their indoor dining rooms were closed or forced to drastically reduce capacity have revealed to a large segment of the dining public something their counterparts in other countries have known for generations: Dining outside, being able to observe the action on the streets and (at least in some places) breathe fresh air, is fun — and more agreeable than being tucked away in some dark interior restaurant corner. 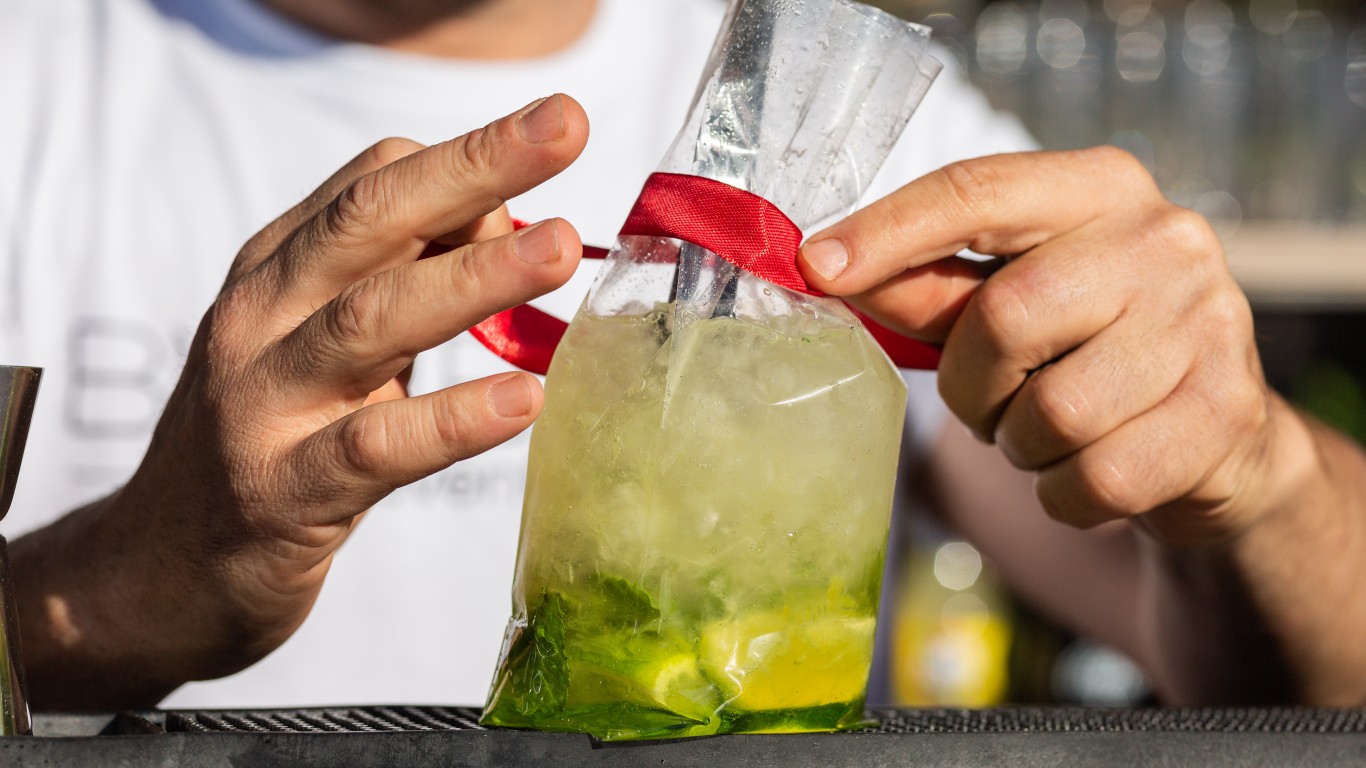 Another pandemic-era measure that will probably extend into the future, at least in some jurisdictions, is alcohol-to-go — wine, beer, spirits, even pre-mixed cocktails added to takeout or delivery orders. New York City permitted the practice in the early days of the crisis, then revoked permission — but decided to allow it again as omicron surged in early January. Now Gov. Kathy Hochul wants to make it permanent throughout the state.

According to the Distilled Spirits Council, some 31 states adopted alcohol-to-go programs in the early days of COVID-19. Of those, 15 have extended approval of the programs for periods of two to five years, and 16 have passed laws enshrining the practice for good. 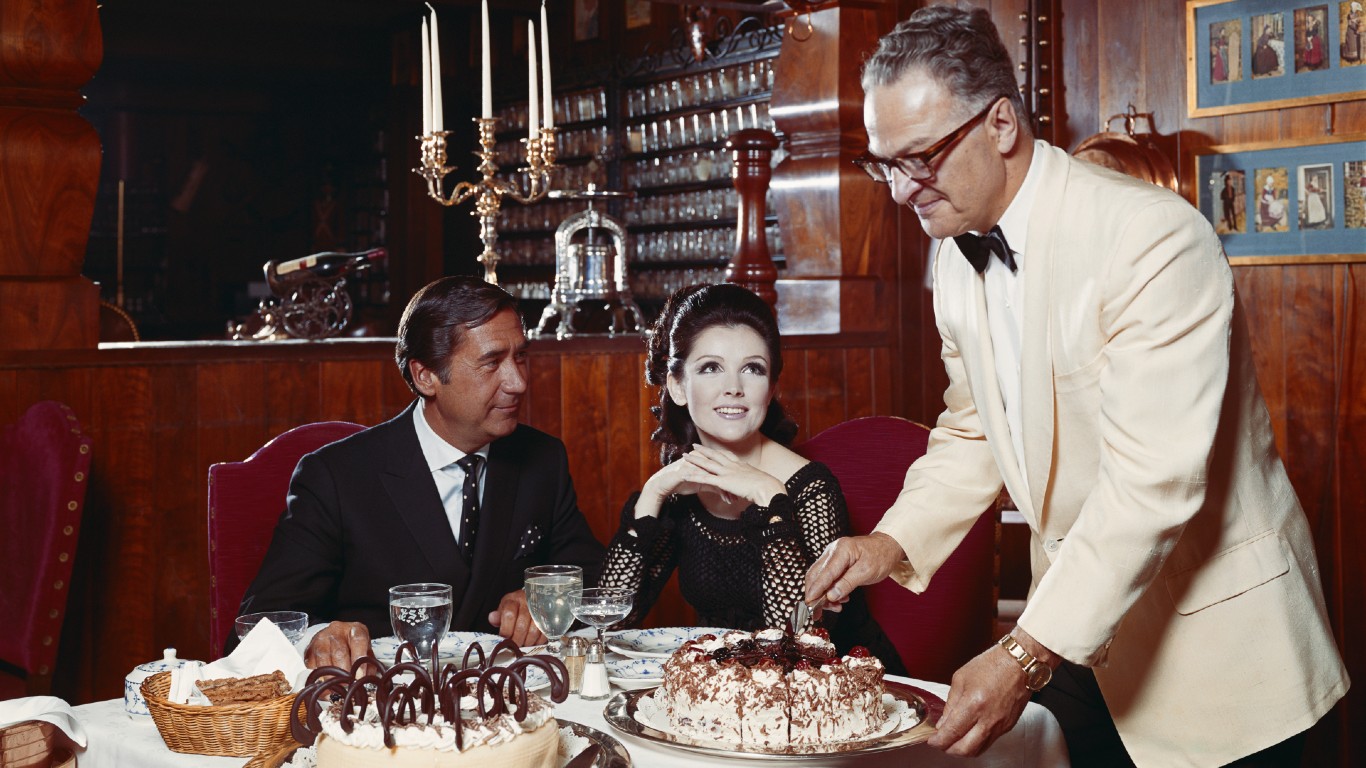 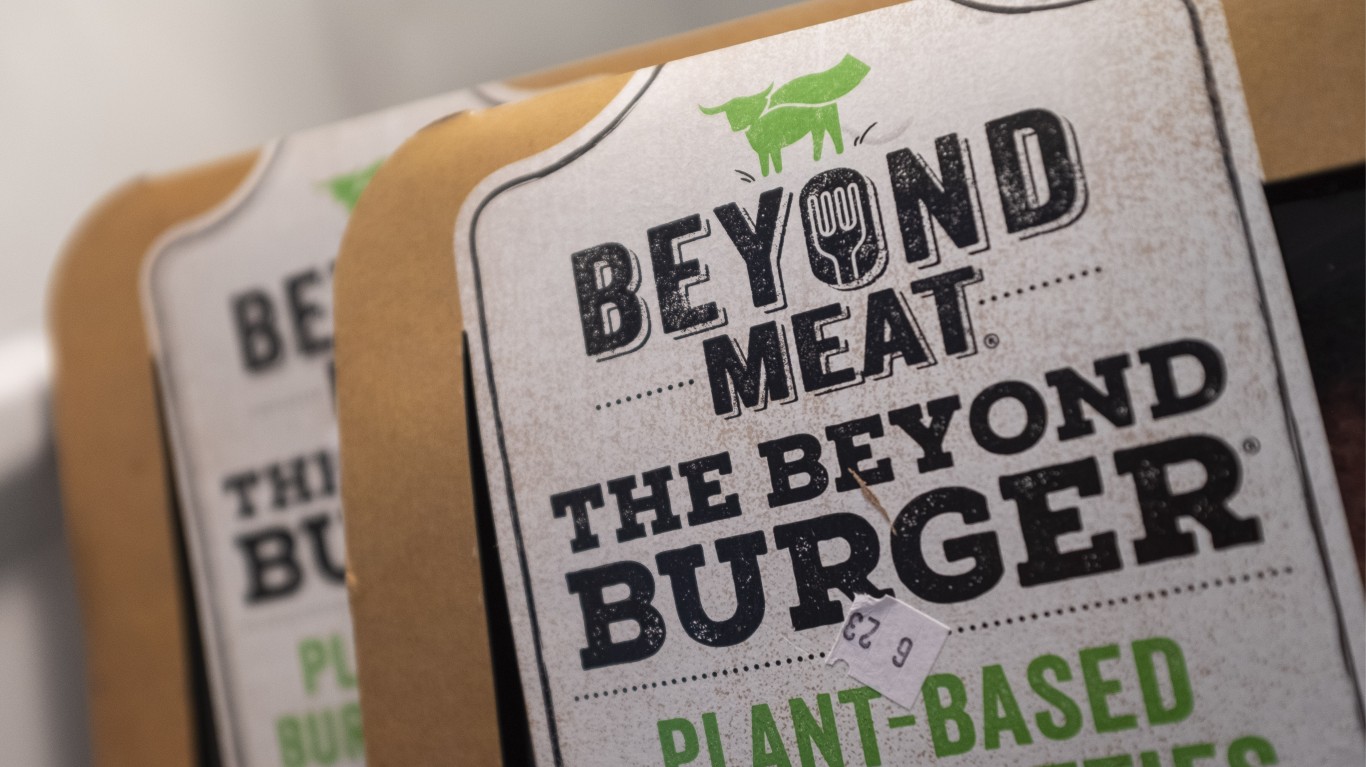 “Beyond” and “Impossible” burgers are old news by now, but seemingly every week brings news of more plant-based meat substitutes. Chipotle has added chorizo made with pea protein to the “sofritas” (spiced, shredded tofu) already on its menu, and KFC has just introduced Beyond Fried Chicken nuggets. Vegan deli meats like salami, sliced “turkey,” and “roast beef,” even a version of Black Forest ham are on the market, and a substitute for pulled pork is made out of jackfruit. Can plant-based filet mignon be not far behind? 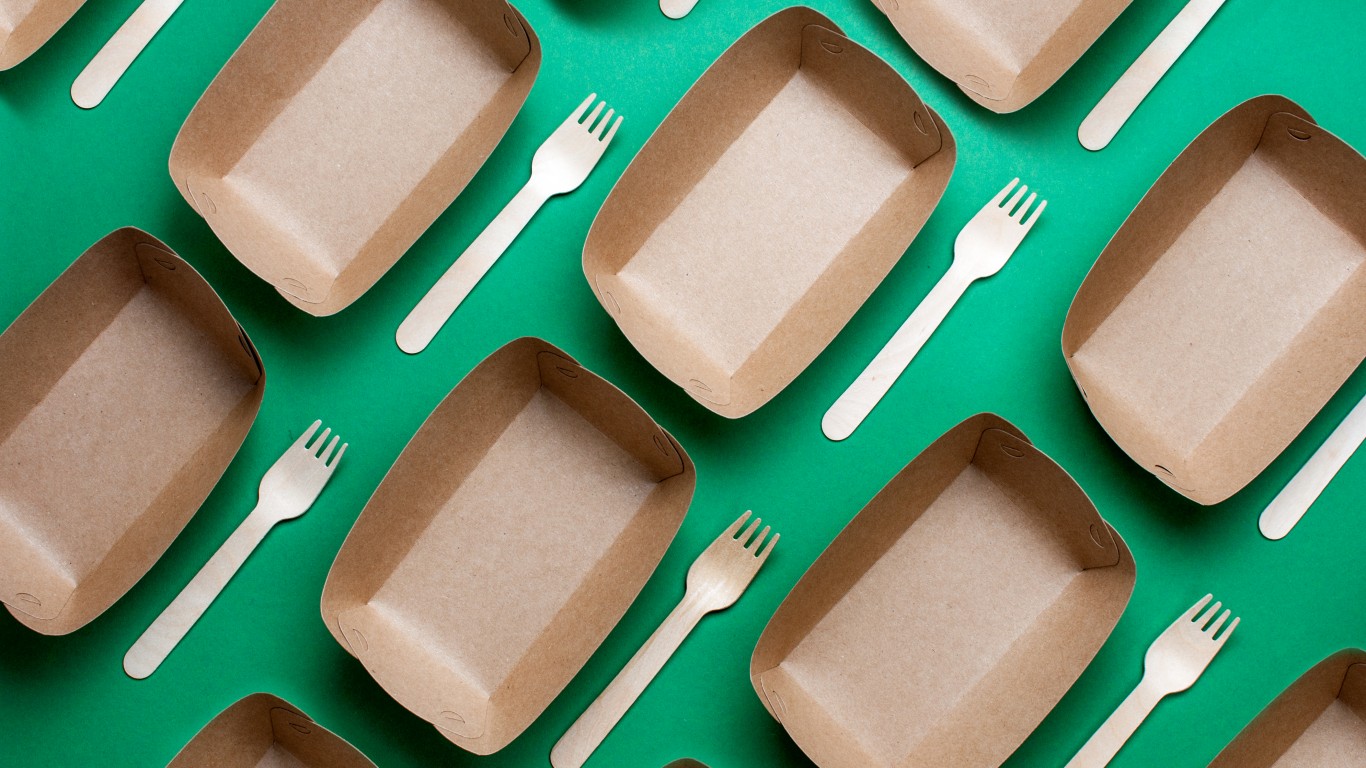 Sustainable (meaning reusable and/or recyclable) packaging for food is the National Restaurant Association’s No. 1 food-service trend for 2022. The more consumers rely on off-premises dining (from ghost kitchens, for instance), the more important this consideration is likely to become. But instead of reusing or recycling packaging, what if you can eat it? The ice cream cone is an age-old example.

As long ago as 2014, though, Stonyfield Farm launched a product called WikiPearls, which were servings of frozen yogurt wrapped in edible gel, and a year later, KFC in the U.K. tested edible coffee cups made of cookie dough, white chocolate, and sugar paper. 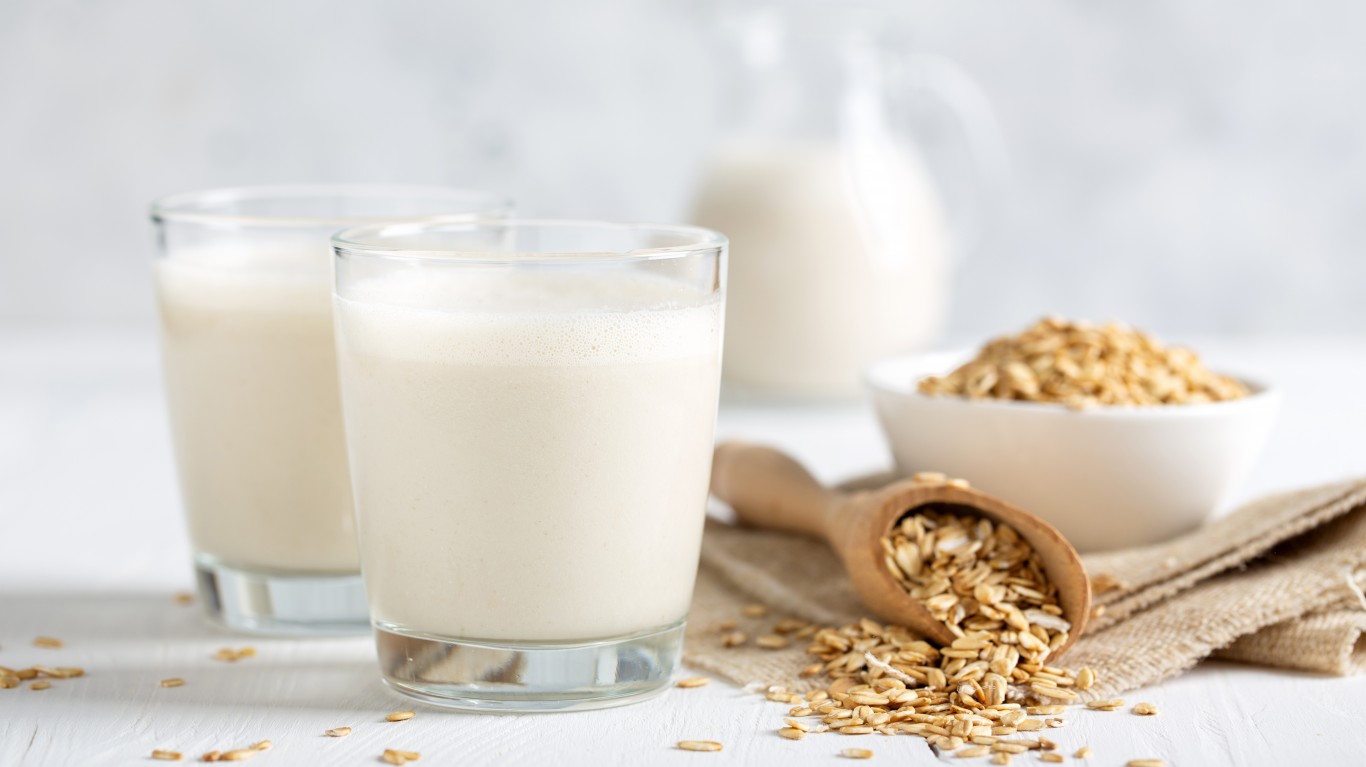 “Milk” that doesn’t come from mammals is nothing new: Medieval cookbooks freely employ almond milk, valuable in earlier times as a vegan alternative for periods when religious dietary laws forbade the consumption of animal products. Coconut milk has been a constituent of Asian cuisines for centuries. In our own time, of course, soy milk has become a commonplace, and milk substitutes made from oats or cashews are increasingly common.

But milk-like substances can be made from all kinds of things, including hemp, rice, macadamia, pecans, peanuts, peas, and bananas — all of which are likely to be showing up more and more in packaged foods and on at least some restaurant menus in the months to come.