24/7 Tempo
Home Travel Flying This Summer? This Is Where You’re Likely to Be on Time

The airline industry data company OAG has just released its annual report on airline and airport on-time performance — and the news isn’t good for passengers flying around the U.S.

The survey tracks performance between June 2018 and May 2019 and covers 125 airlines and 498 airports around the world, scoring them on a 100-point scale and awarding them between one and five stars.

The airline most likely to take off and arrive on time? Garuda Indonesia, logging an annual on-time score of 91.6. Number two is Japan’s Fuji Dream Airlines (90.5), followed by Panama-based Copa Airlines (90.1). Six of the ten best are Asian.

The highest-ranking U.S. carrier is Hawaiian Airlines, at the number seven spot, with a score of 87.8. It earns America’s only five-star ranking. The next-highest American entry is Delta Air Lines, in 23rd place, with four stars and a score of 83.4. The lowest-scoring U.S. airline is Sun Country (two stars, 68.1).

Hawaii scores again in the airport rankings. The world’s best-performing airline, according to OAG, is Hilo, with a score of 94.56. Minsk, in Belarus, is number two (92.97), followed by Japan’s Nagoya Komaki airport (91.90). Thirteen of the 20 airports with the best records are in Japan. The only other top-20 American facilities are also Hawaiian — Lihue, on the island of Kauai (90.83) and Honolulu (87.55). None of these, interestingly, rank as among the best-run airports in the world.

The best mainland U.S. airport for on-time performance is Salt Lake City (85.63). The worst? Newark Liberty International Airport, with one star and a score of 69.44. You can find out how long you’ll have to wait at America’s largest airports.

The second-worst is also in the New York area: La Guardia, which earned two stars and 72.61 points — even though it’s the departure point for one of the most popular international flights in the world (to Toronto, an even lower-ranked airport, with one star and 69.06 points). 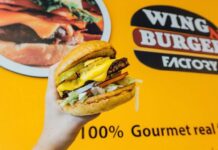 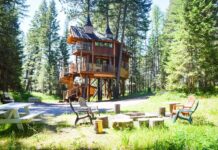 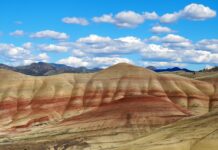